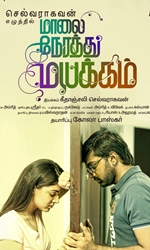 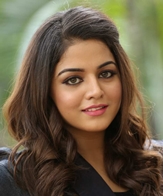 An incompatible couple - Prabhu (Balakrishna) and Manoja (Wamiqa) - get into an arranged marriage courtesy their parents and one's expected to believe that they've fallen in love by the end of the film.

While that remains the goal of this story, we never get the feeling, especially from Manoja's side that she's in love with Prabhu. So when they finally come together in the most intimate, yet romantic and happy ending, you're not really convinced.

The only time Manoja realizes she misses Prabhu is when they're separated and she has trouble sleeping, so she finds comfort in listening to his snore, which she had recorded to irritate him when they used to stay together.

We get the point that sometimes even the smallest things about our partners make us miss them, but this is slightly awkward. Does this brief moment really prove that Manoja is into Prabhu, particularly after getting raped by him for not allowing physical intimacy between them?

It reminds me of those cases in some Indian villages where, when a man rapes a woman and is eventually caught, he's forced to marry her. How convenient, right? This is exactly why this is such a regressive love story, even though there are some good moments.

Originally written by filmmaker Selvaraghavan, and directed by his wife Gitanjali, one wonders why all his heroes have to be losers and social outcasts. Prabhu, here, is an introvert, who dances to the tunes of his father and absolutely has no clue about how to behave with women.

He works in a call centre, has a decent sense of dressing, but makes a mess of the toilet when he uses the tissue paper. Although Selvaraghavan had said on several occasions that most his stories are a reflection of the society and we truly appreciate the effort, but mind moving on to other type of stories?

What we get in "Maalai Nerathu Mayakkam" is what we've already seen in Selvaraghavan's films - at least most of it, like, love, sex, stalking and additionally arranged marriage.

We also get to see a variety of men - a boyfriend who wants to sleep with his partner to know if she's worth being committed to, a husband who wants to know (with details) the distance his wife has gone with her ex partners and a father-in-law who doesn't like that his daughter-in-law drinks and conveniently blames her parents for the way she's raised - in this story where the fulcrum revolves around a heroine.

It's a shame that we live around such men who are judgmental, selfish and lack the minimum trust one needs to have in their partner. Among some of the film's best moments, this one will certainly stay with you along with the sporadic humour that's used, not forcefully, but very smartly to evoke a chuckle or two.

The film was originally supposed to feature Dhanush, and with them in the lead it would've worked out extremely well.

Balakrishna Kola, however, doesn't rise to the occasion in portraying the tragedy usually associated with Selvaraghavan's heroes. Debutante Wamiqa, who has had two back-to-back great debuts (including last week's Telugu film "Bhale Manchi Roju"), is here to stay and she's a talent to watch out for.

"Maalai Nerathu Mayakkam", if not for the regressive part, works to an extent and it's tough to discard the effort that has gone into its writing. 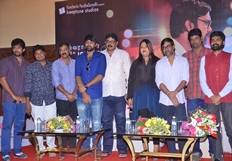