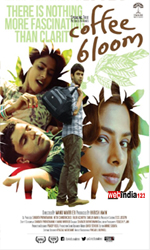 Debutant director Manu Warrier's feature is a baffling bewildering exasperating mound of undecipherable drama, built into a triangle that on paper, must have seemed very mean, clean and ummmm...David Lean.

A young couple torn apart by an aborted suicide bid meet many years later in a coffee plantation owned by the woman's husband...epic in design and echoing Kalpana Lajmi's underrated masterpiece "Ek Pal" in its thematic thrust towards connecting Nature to human betrayal in a green-carpeted landscape.

Tragically the execution of the triangular saga with another woman - self-appointed "keep" (mistress) played by Ishwari Bose-Bhattacharya who plays a very unlikely Chandramukhi in the coffee-plantation version of Warrier's "Devdas", pitching in to complete a quadrangle - is heavy-handed and most incredibly unconvincing.

The very talented Arjun Mathur struggles to portray a man struggling with inner demons. Poor guy! If only he had better lines to expresses his angst. Nothing in the narrative or the character's attitude suggests a 13-year time passage that separates Dev from Ankita.

During her husband's absence he grabs hold of Ankita, kisses her and urges her to leave her husband to start a life again with him and not feel guilty about it.

Hats off to the actor for making this unbelievably vain and stupid man look dignified. Mathur's Dev Anand is a Dev with no Anand. He is a man who has forgotten to enjoy the gifts of life and Nature.He is a bloke with a capacity for immense self-deception. He has sold off his family property, a sprawling stunning coffee plantation, and now he has returned to claim the same.

Coincidentally the new owner(Mohan Kapoor, struggling to instill a semblance of mystery to his opaque character ) is now married to Dev's sweetheart. Rather than respect her space as a married woman Dev crowds and growls at Anika for attention, demands that he give her marriage/property/dignity, whatever he can lay his hands on.

You wish someone would tell this chap to shut up and smell the coffee.

It's all so clumsily executed, one feels sorry for the characters trapped in this leaky passion-play. A less pedantic treatment of the script would have provided the characters some desperately needed breathing space.Every time the people in Warrier's film open their mouth you hold your breath to hear what new levels of stupidity they will achieve through their spoken lines.

When Mohan Kapoor's character comes on screen the background changes to a playful wink-wink interlude elephant-march music to suggest this guy is not to be taken seriously.

Lurking in the haze of confounding debility is some stunning Nature shots. The Coorg landscape in the coffee season is captured by Yogesh Jania's camera with picture-postcard precision.

Instead of trying so desperately to weave the landscape into a plot, the director should have made a documentary on the coffee plantations of Coorg.

For now, I am off coffee.

Dev Anand, though a self proclaimed wise man finds comfort in being a loser, having given up on life as a result of a love gone wrong. A life changing event takes him on a journey to a coffee plantation. There he meets Anika,once the love of his life, now his boss. Love blooms in an idyllic setting, bringing Dev out of his self imposed funk and Dev finds a new reason to live. A terrible misunderstanding pushes him into taking drastic measures. Much is at stake as the yearly bloom is round the corner. And Dev is confronted with his past, present and future-all at once. 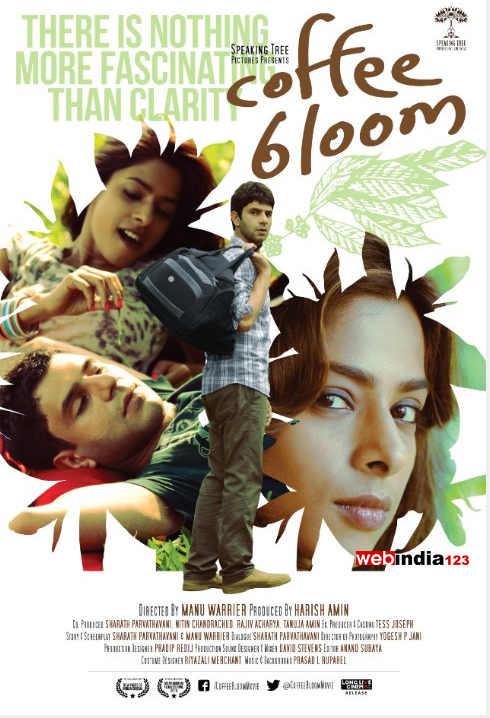