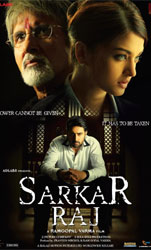 Dark, sinister, sinewy and rugged - Sarkar Raj is Shakespeare on cocaine. Or the lacerated life of a Thackeray-like family with the concept of spatial harmony becoming meaningless because of the disembodied camera movements.

Ram Gopal Varma just doesn`t let the characters be. In Sarkar, he observed, studied and pondered on the compelling contexts of political powerplay in the Nagare family.

Here he drags the uneasy relationship between patriarch Subhash Nagare (Amitabh Bachchan) and his son (Abhishek) into an arena of exacerbated emotions. You just can`t get away from the noise.

Amar Mohile`s background score doesn`t help the cause. Every discernible space in the soundtrack is saturated with tempestuous sounds straight out of a B-grade horror movie.

In contrast, the three main characters maintain a poise and serenity that defiantly move in a direction opposed to the one Varma has chosen to take this time.

Sarkar was a film screaming silences. Sarkar Raj can easily be rechristened `Sarkar Rage`. Characters bark orders, scream grievances and rave about a socio-political system that fosters inequalities. This is an angry film about an angry young man and his uneasily-calm father who define and demonstrate power in different ways.

Varma cuts across the life and times of the Nagare family, slicing their emotions into messy portions of writhing anguish. The camera seems as restless as the characters, stopping only long enough to capture one of the three protagonists in evocative close-ups.

The Nagares seem determined to bring prosperity to Maharashtra by allowing an NRI entrepreneur (Aishwarya) and her ruthlessly acquisitive father (Victor Banerjee - who is wasted completely) to build a dam that threatens to destroy a cluster of villages.

The film`s frames scream for attention and the plot is tense, tactile and non-derivative. The narrative displays a rugged grit, though not much grip. What it tragically lacks are those introspective moments that would have made these wounded, betrayed characters more dense and believable.

Don`t blame the actors if the characters just don`t connect with the plot - it`s not their fault. Blame it on Varma`s characteristic uneasiness with emotions. The women are either on silent mode or bumped off quickly. Or in Aishwarya`s case, `the only man in the cabinet`.

Sarkar and its sequel are essentially emotional father-son stories.

The emotions in Sarkar Raj converge entirely on Aishwarya`s divine face as she becomes the recipient and beacon of all the pent-up resentment, anger and misery that the Nagare family has nurtured.

Aishwarya weeps for the Nagares and for all those dynasties of the world whose heirs have been brutal casualties of power-play and politics. She weeps perhaps for the film`s lost cause too.

Sarkar Raj could have been what Coppola`s Godfather 2 was to The Godfather. Instead, Varma shrouds the characters` grief and angst in a cryptic chaos.

What compounds the sense of claustrophobia is that every frame looks cramped.

In two hours of playing time there is not one light moment that one can recall. The two turning points in the plot - the vicious slaying of the characters played by Tanisha and Abhishek jolt us although the movie prepares us for anarchy from the first frame.

The actors do make some interludes very special. Amitabh`s sequence with his dying son or the hesitant father-son embrace in the study just couldn`t go wrong. They don`t.

But you wonder what sort of a mind would script such abject tragedy for a man who lost his first son in Sarkar and his only surviving son in the sequel.

The three principal players are in splendid form - the senior Bachchan rightfully towering over the rest. Abhishek`s preparedness for the part comes from his pensive far-away looks.

Aishwarya, as the chic industrialist coming to grips with a soio-political order where corruption is a given, could well be seen trying to come to terms with a disembodied world of perverse politics and fragmented family values that Varma has built.

At the end we see Subhash Nagare`s sighing wife (Surpriya Pathak) going towards the phone to call their grandson to join the family business - another sequel in the offing?

The film is intense political drama and is essentially a study of power; it explores the politics of development and takes a fresh look at the tradition versus modernity debate.

When Anita Rajan (Aishwarya Rai Bachachn), CEO of Sheppard power plant, an International company, brings a power plant proposal to set up in rural Maharashtra, before the Nagre`s, an insightful Shankar (Abhishek Bachachan) is quick to realize the benefits the power plant can bring to the people. After convincing Sarkar (Amitabh Bachachan) who is against it for various reasons, Shankar undertakes a journey along with Anita to the village of Maharashtra to mobilize support FROM the masses.

However, things are not what they seem to be AND Shankar`s dream project gradually becomes a political minefield. it is AGAINST this backdrop, that evil forces mighter than ever, gang toGETHER TO bring the regime of Sarkar and obliterate Shanker`s name from the political horizon. 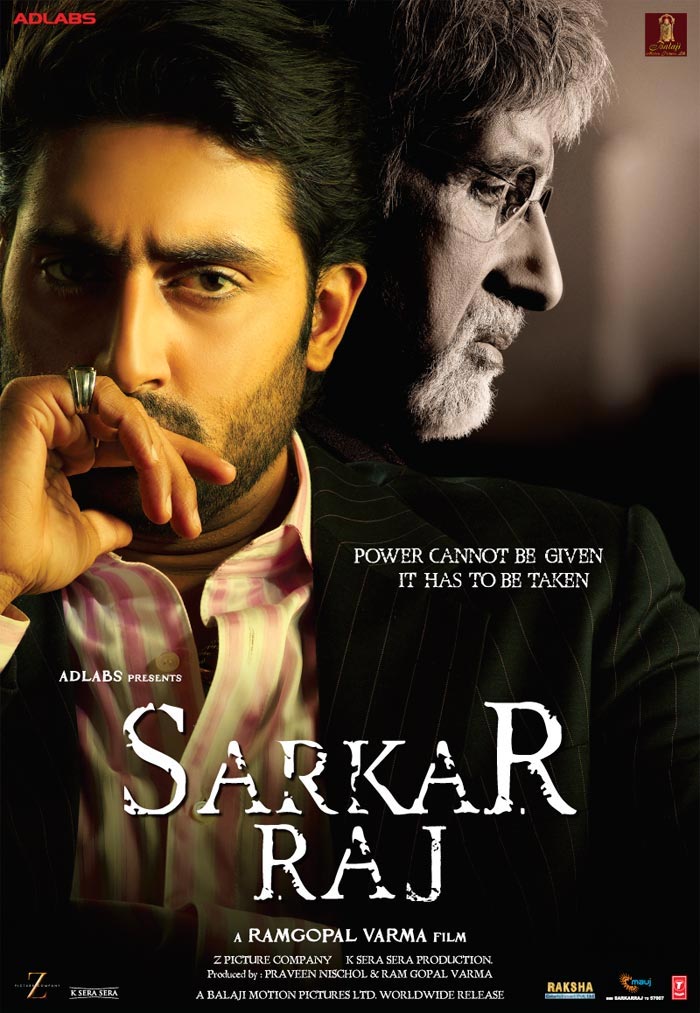 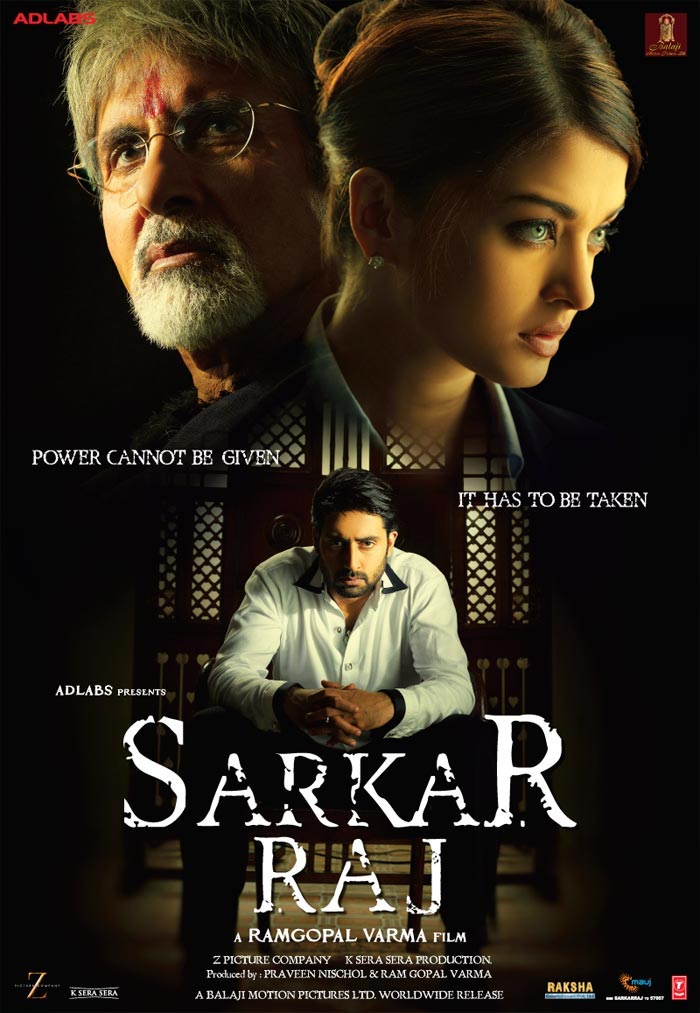 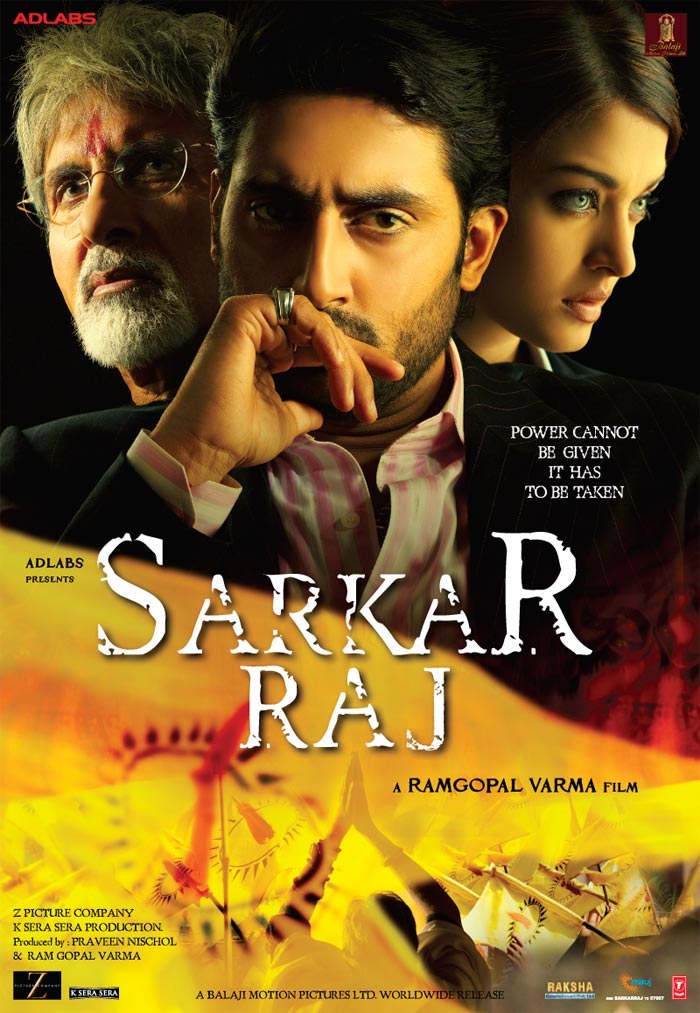 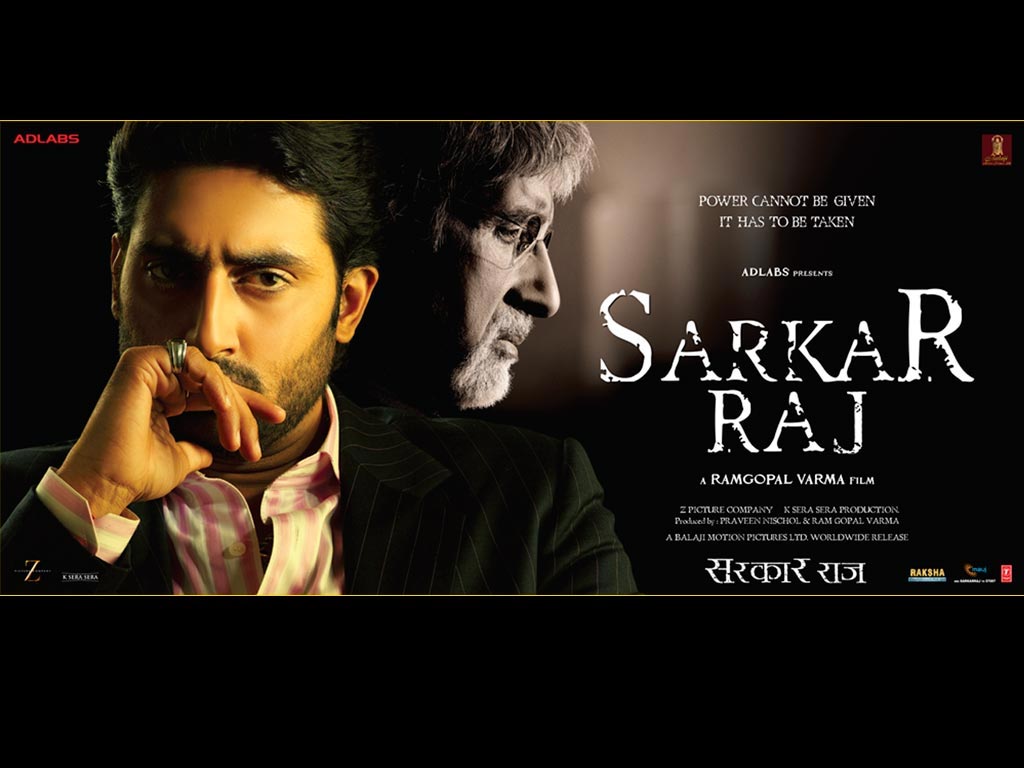 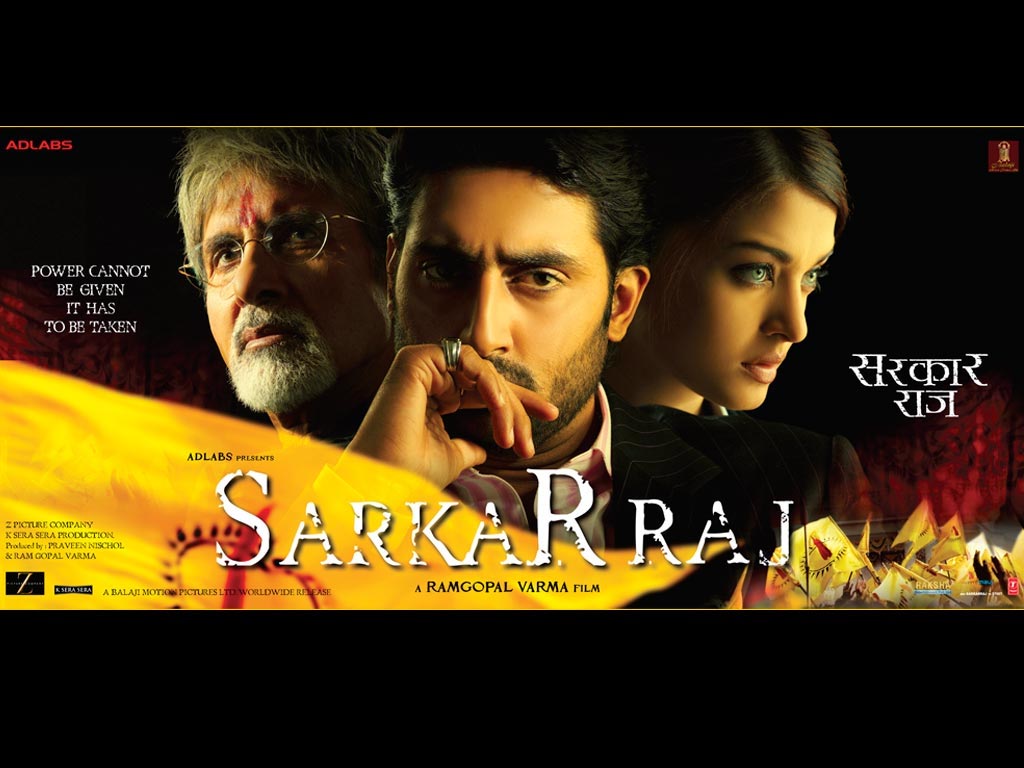