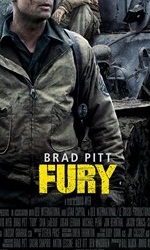 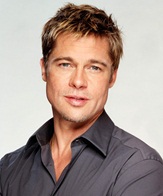 Visualise this -- against the setting sun and in the stillness of twilight, amidst hordes of lifeless bodies lying around, a lone Nazi soldier on horseback is inspecting the spoils of the war. Then all of a sudden, the unsuspecting soldier is attacked and brutally stabbed to death by one lurking in a tanker. It is this opening shot that defines the tone and mood of this war film.

Written and directed by David Ayer, 'Fury' is a fictional depiction of the final days of World War 2.

Set in April 1945 in Europe, it is the Allies version of their fight against Adolf Hitler and Germany. The narration follows Commander Don Collier aka 'Wardaddy' (Brad Pitt) and his band of boys as he penetrates town after town in his Sherman tanker nicknamed 'Fury'.

Visually, it's one of the most gory war films. Every scene is created to absorb the atmosphere. While the setting is on a large scale, the narration is intimate. It solely focuses on the perspective of the five soldiers in this tank, who are on a deadly mission of killing the Nazis or getting killed.

Apart from being a straightforward war movie, where basic survival is the norm, the plot hinges on the entire tank crew wanting to mould the latest admission to the team, into a fighting machine.

As the Allies make their final push into Germany, it is during a maintenance break that we meet Collier's crew: the superstitious Christian gunner, Boyd Swan (Shia LaBeouf); the thuggish, hillbilly mechanic, Grady Travis (Jon Bernthal); and the Hispanic driver Trini Garcia (Michael Pena), who lies somewhere on the middle of the crew's broad moral spectrum.

When their Sherman tank returns to its operating base, they all meet the newest member of their crew, Norman Ellison (Logan Lerman), a young, innocent and sensitive recruit who was pulled from a clerical post to become the tank's assistant driver. His first assignment is to mop up the blood and flesh of the man whose seat he has just inherited.

Norman's inexperience could easily get his new comrades killed, so Collier -- very much Norman's 'Wardaddy' -- scours the greenness off him very quickly and ensures that he is as ready to kill the hated 'Krauts' as the next of them.

'Fury' is also the journey Norman travels, spurred on by his compatriots, and galvanised in the wake of a senseless tragedy. He comes to hate the enemy, and kills them with extreme prejudice.

Ayer is unflinching in his depiction of Norman's baptism of fire into the horrors of war, conveying the sudden savagery of ambushes and firefights, as well as the sweaty claustrophobia of the tank and its desperate vulnerability.

On the performance front, Pitt gives a fine performance as the stoic commander and so does the rest of the team. But it is Logan Lerman and Shia Labeouf who outshine all.

Roman Vasyanov's camera work is par-excellence. The visuals, shot in hues of gray and brown, capture layers of the war grime. His camera work, especially when the camera tilts from the reflection of the tanker in a puddle to the tanker itself and the wide surrounding, is worth a mention.

Overall, 'Fury' is technically brilliant, packed with military action and drama, but as a narrative, it is thematically stunted, riddled with cliches and oft-seen scenes.

If you talk about it you're automatically out of the race: Tom Hardy fuels James Bond rumours

Tom Hardy, who happens to be among the speculated contenders for the role of 007 in the next movie, recently confirmed his interest in playing the infamous agent.Read More