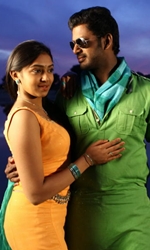 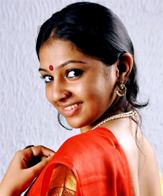 In Thiru's "Indrudu", the Telugu dubbed version of Tamil film 'Naan Sigappu Manithan', neither do you have a hero to cheer for (because he's asleep mostly as he suffers from a rare sleep disorder) nor a typical villain. You don't have a comedian and comedy tracks to keep you entertained. You have a second heroine but she doesn't play the hero's love interest. Yet what makes this commercial Telugu outing a laudable effort?

"Indrudu" stands testimonial to the fact that a simple story that has been milked dry over the years can still be narrated in myriad engaging ways. One such way is what we see in this film, which is not an exceptional thriller, but definitely has the potential to keep you hooked.

A man (Vishal) suffering from Narcolepsy (a sleep disorder that forces him to fall asleep whenever he experiences extreme emotion) since birth has to hunt down those responsible for an irreparable incident in his life?

Most Indian films with rare medical issues in the narrative lack logical explanation. "Indrudu" doesn't fall in that league of films and instead scores an ace for treating narcolepsy the way it is supposed to be portrayed on screen. For instance, songs are introduced from time to time in the narrative for commercial reasons, but the hero who happens to be happily dancing does fall asleep when he experiences extreme happiness. In another song, he merely walks in stylish designer outfits.

By taking care of these trivial details, the makers have earned some respect from the audience.

The narcolepsy angle has been used very effectively from the story's perspective. We are told that only water (in the shower or rain) keeps our hero from falling asleep and when we see how water becomes a very important aspect of the story, you smile in amazement. Of course, we don't know if water does really keep narcolepsy patients from falling asleep, but we just have to accept that because in the film it does help the hero. It's debatable but I wouldn't argue because it makes sense the way it has been used in the film.

The twist in the second half hits you like a ton of bricks. You may or may not take it in the right spirit especially if you're one among the highly emotional aIndian citizens'. Women and family audiences may find it hard to digest. The openness with which the makers present the second half to us raises several questions.

Although Vishal has done a splendid job in "Indrudu". This is the third time in a row he has essayed a revenge-seeking character. It's time for him to play different characters before audiences start discarding his films. He portrays the pain of his character and expresses the required body language to perfection, while his co-star, Lakshmi Menon, shines in her brief role. She's turning out to get better with each film and that's a good sign for a lasting career.

The songs in the film merely act as a speed breaker in the narrative, extending an already lengthier film by few more minutes. Composer G.V Prakash's background score is reminiscent of tunes from films such as "Man of Steel" and "Rush". Richard's cinematography is impressive especially in scenes where we see the use of hand-held camera. 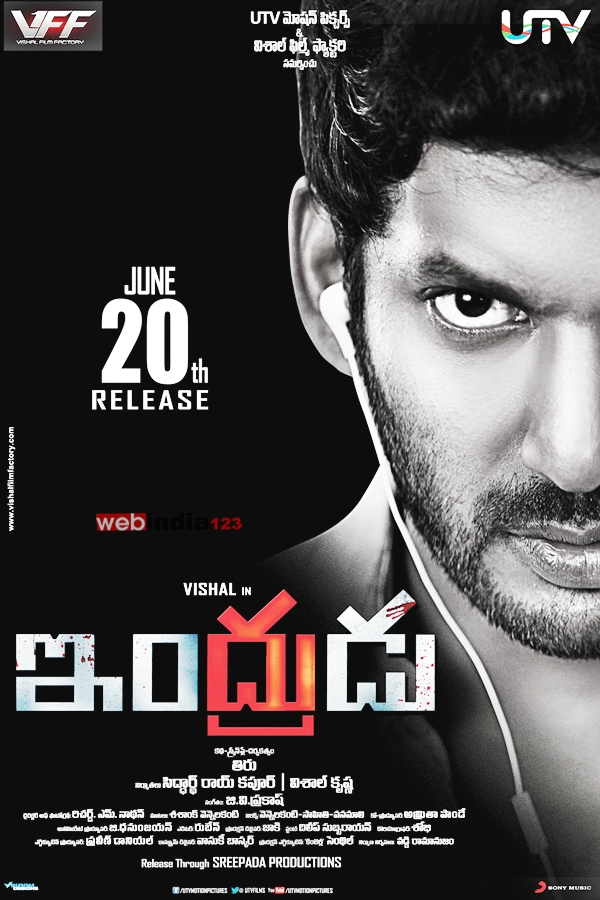 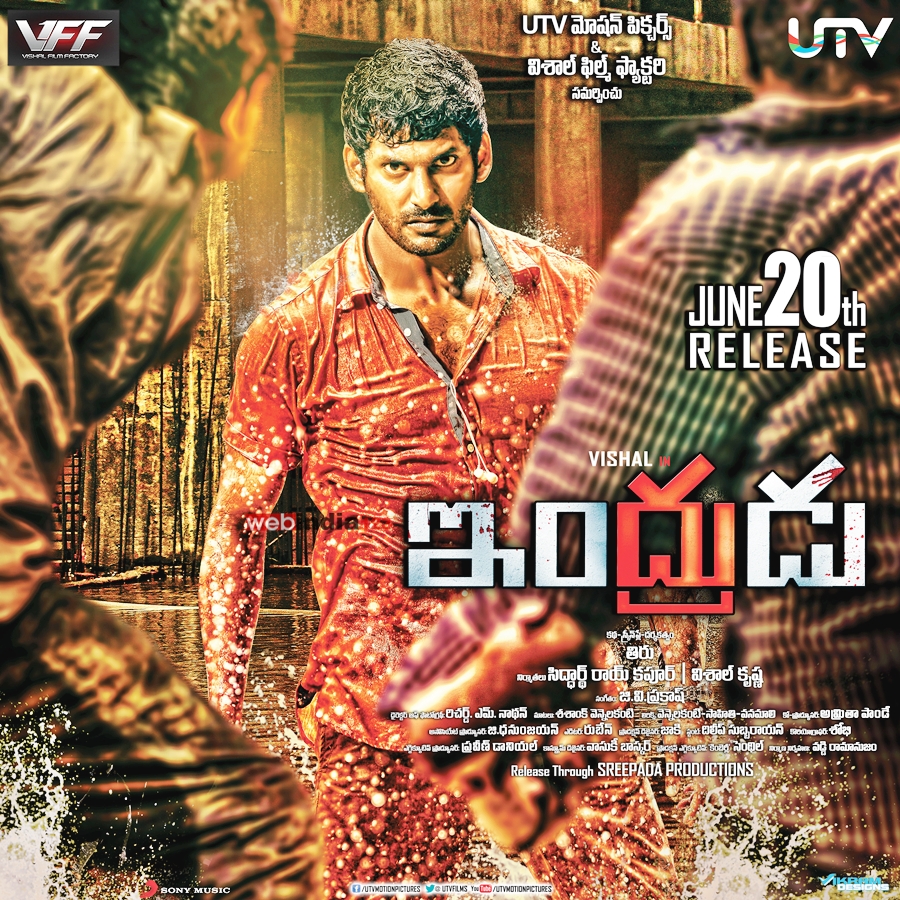 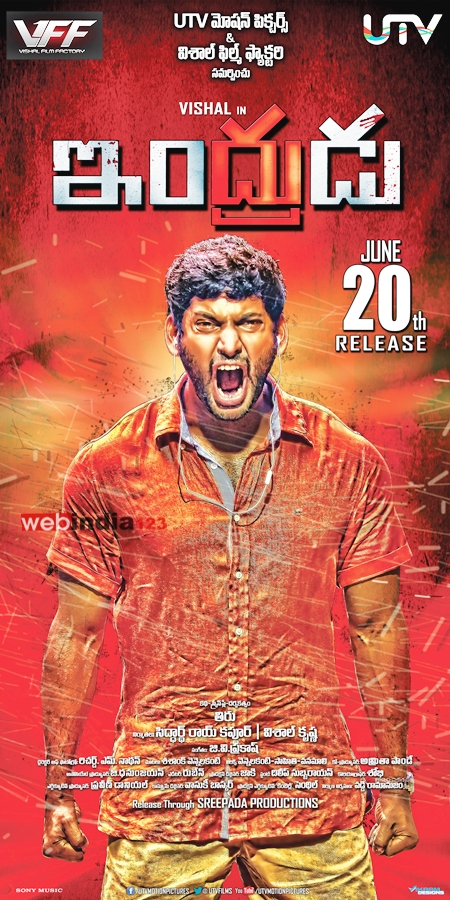 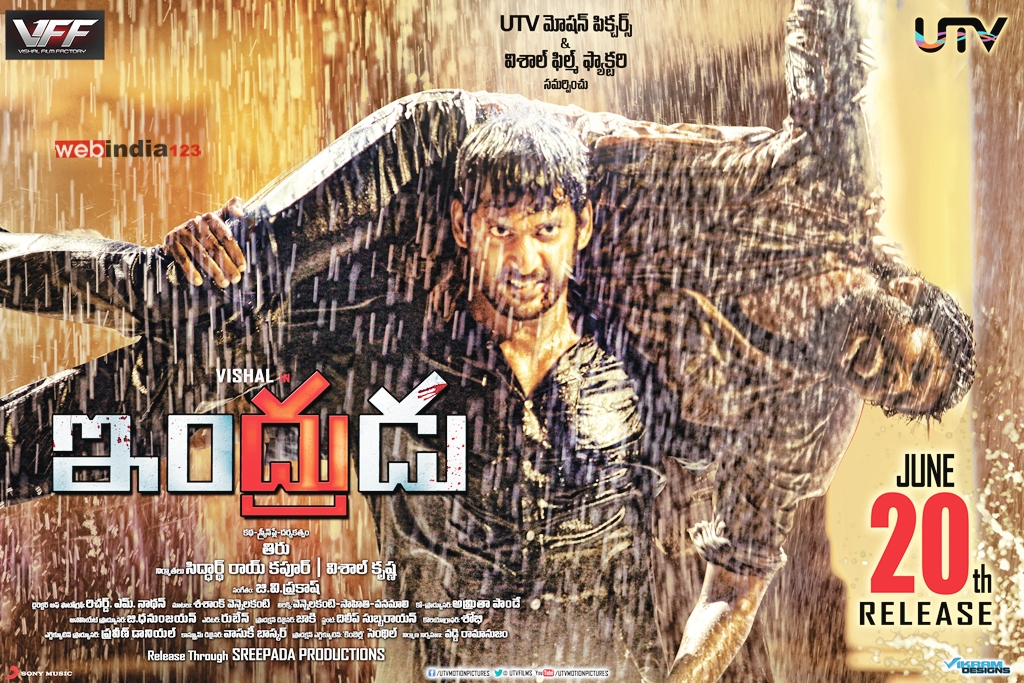 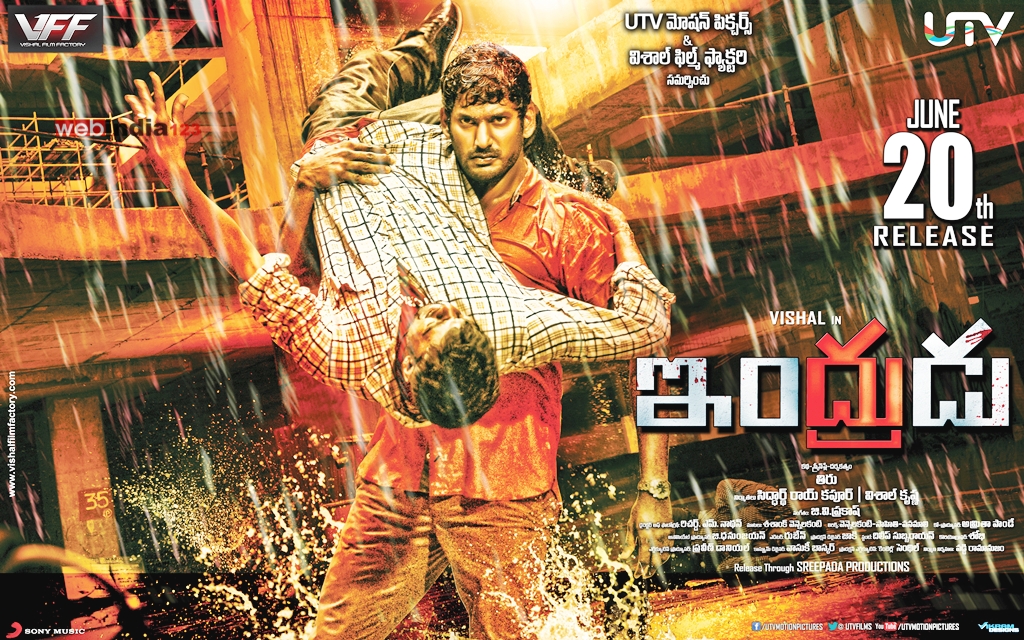 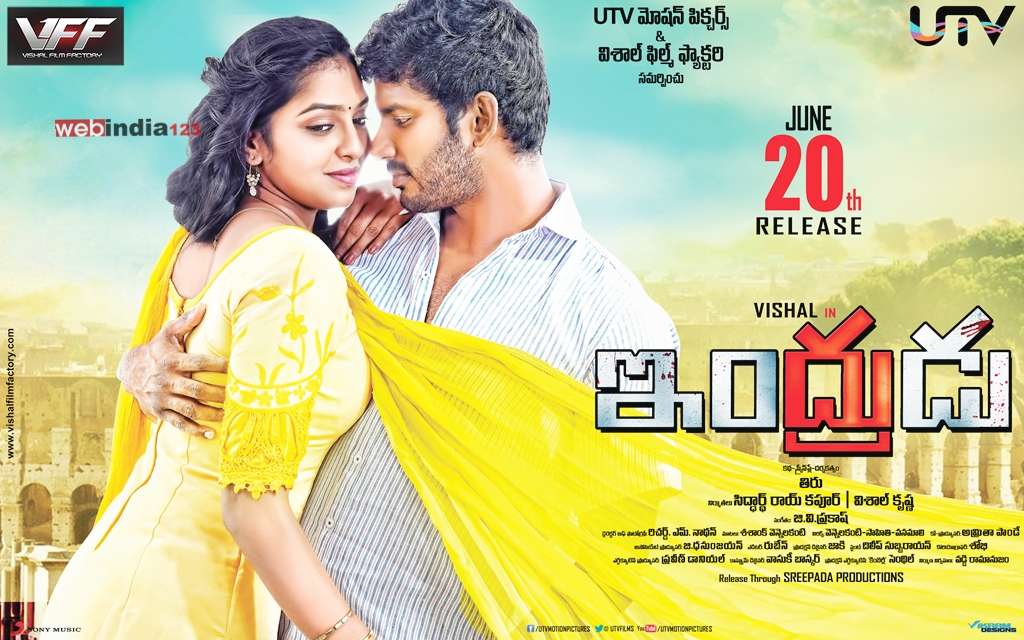 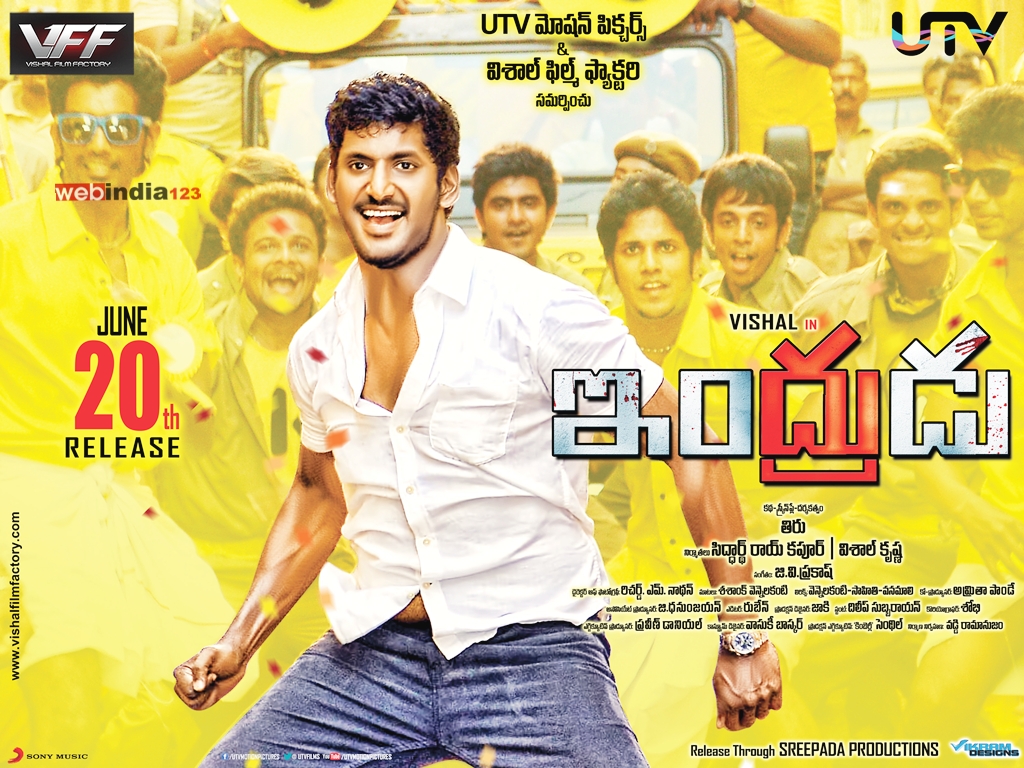 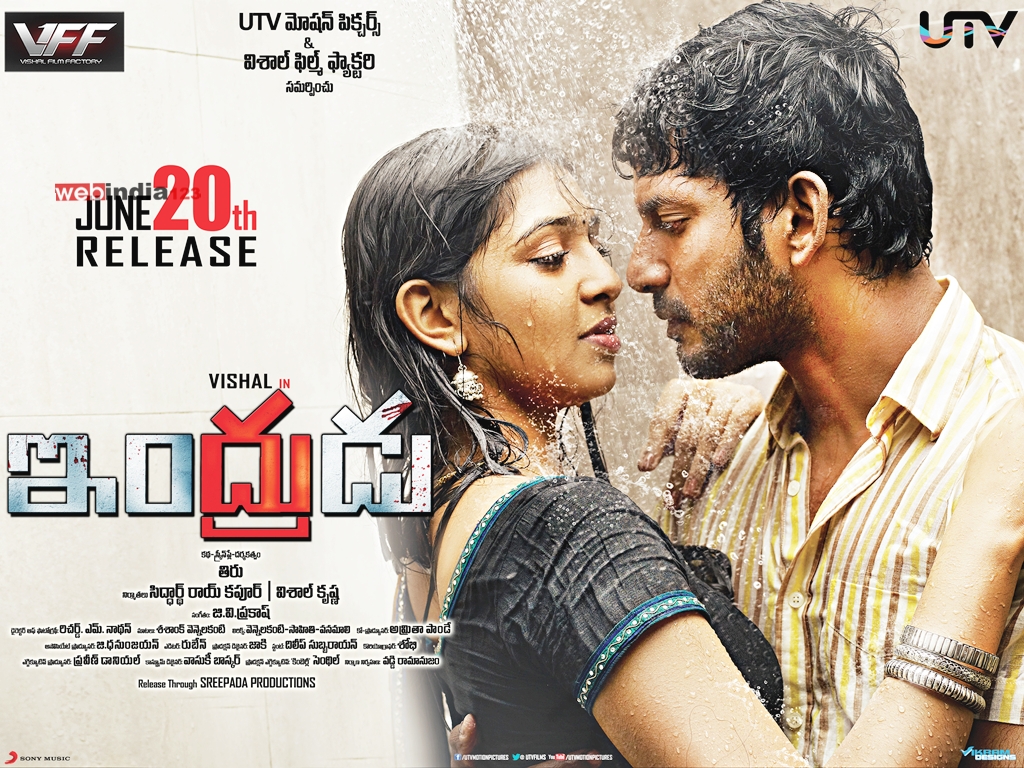