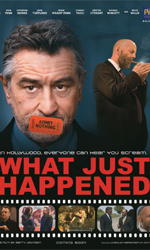 What Just Happened is a winningly sharp comedy about two nail-biting, back-stabbing, roller-coaster weeks in the world of a middle-aged Hollywood producer -- as he tries to juggle an actual life with an outrageous series of crises in his day job.

Academy Award® winning director Barry Levinson reunites with Academy Award® winning actor Robert De Niro and leading producer Art Linson, who wrote the screenplay based on his bestselling memoir. They all join with an all-star cast in this rollicking, shrewd tale of a man besieged by people who want him to be all sorts of things -- a money maker, an ego buster, a bad news breaker, an artistic champion, a loyal husband, an all-knowing father, not to mention sexy, youthful and tuned-in - everything except for the one thing he and all the preposterously behaved people he`s surrounded by really are: bumbling human beings just trying to survive by any means necessary.

Ben (DE NIRO) is already in over his head trying to balance the tug-of-war of having two ex-wives and two different families with his latest business venture - the boldly visionary movie Fiercely starring Sean Penn (SEAN PENN) - when everything that can go wrong goes completely screwy.

Fiercely looks like an audience-offending flop which draws the ire of iron-gloved studio chief Lou (CATHERINE KEENER), who forces him into tangling with the film`s rebellious and drug-addled director Jeremy (MICHAEL WINCOTT). Meanwhile, he`s confused and bewitched by his ex Kelly (ROBIN WRIGHT PENN) who can`t make up her mind about him; shocked by his daughter Zoe (KRISTEN STEWART), who seems to have grown up overnight; infuriated by his screenwriter friend Scott (STANLEY TUCCI) who`s trying to make a deal with him while making moves on his former wife; horrified by a hirsute Bruce Willis (BRUCE WILLIS) and flummoxed by Willis` nebbishy agent Dick (JOHN TURTURRO), who`s scared to death of his own clients.

Somehow amidst all the madness, treachery, deceit, runaway egos, rampant commercialism, personal politics and atrocious behavior of America`s dream-making machinery, Ben has to find a way not just to make it to Cannes with a finished film, but to cope . . .

What Just Happened is based on the acclaimed, bestselling memoir by veteran Hollywood producer Art Linson, who wrote the screenplay and produced the film with Robert De Niro and Jane Rosenthal. The executive producers are Todd Wagner and Mark Cuban.

The behind-the-scenes team includes cinematographer Stéphane Fontaine (Talk To Me, The Beat My Heart Skipped), editor Hank Corwin (The New World), production designer Stefania Cella (Man of the Year) and composer Marcelo Zarvos (The Good Shepherd). The film is set to a soundtrack that mixes the classic cinematic sounds of Ennio Morricone with the songs of Nick Drake, Citizen Cope, Dire Straits, Bebel Gilberto and Nina Simone, among others. 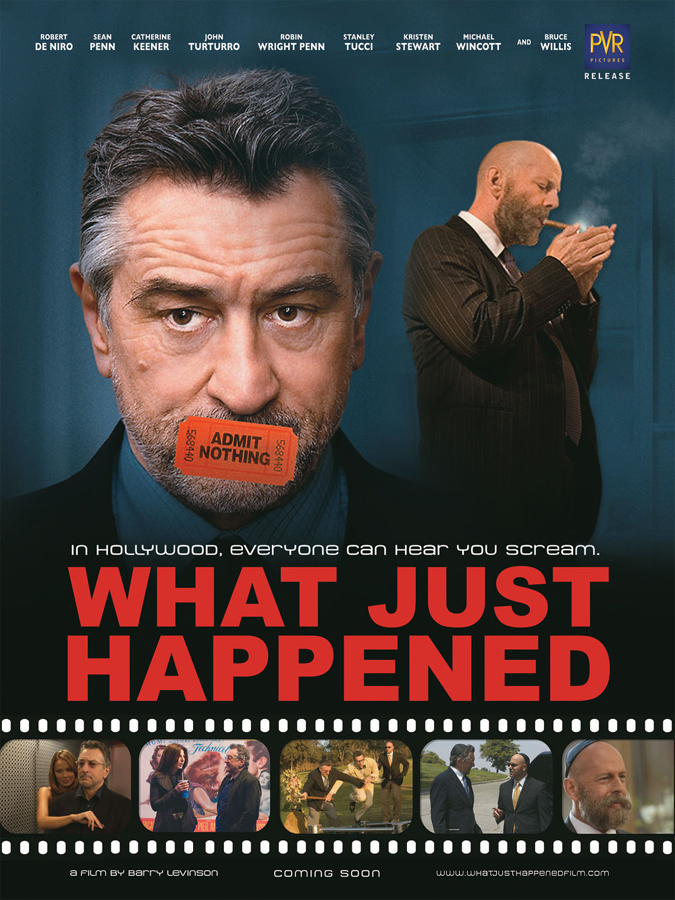