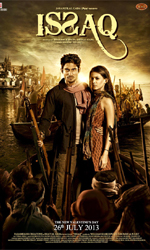 `Issaq` would make Shakespeare happy (IANS Movie Review)
Rating: 4
Nothing prepares you for this. The bludgeoning impact of director Manish Tiwary's desi Varanasi must-see adaptation of William Shakespeare's "Romeo and Juliet" would certainly have made Shakespeare smile.

Just a few weeks ago, we had Aanand Rai taking us to Varanasi for a ravishing romantic romp in "Raanjhanaa". Now, this!

With considerable support from his co-writers Padmaja Thakore-Tiwary and Pawan Soni, Manish Tiwary has written a raw, rugged and rapacious "Romeo abd Juliet", which has no 'Balcony Scene' (thank god!) and yes, Juliet remains a proud virgin till the end. The deviations apart, "Issaq" is a frightfully fertile film filled with images of rancour and tenderness.

Tiwary wastes no time in getting into the thick of Montague-Capulet feud. Here they are named the Mishras and the Kashyaps - but what's in a name? Families teeming with gun-toting leery men whose voracious appetite for killing is matched by their libidos.

Tiwary's plot is Machiavellian in its Shakespearean ambitions. He twists and coils the love tale into shapes of great wonderment. So, if he chooses not to tamper with the original Shakespearean ending (down to the apothecary's potion working cruel deceptions on the couple's turbulent destiny), he makes radical changes in the Shakespearean play's politics.

Naxalism and Maoism are interwoven into the romance and courtship through a character, brilliantly played by the ever-dependable Prashant Narayanan, while the couple in love couldn't care less if the world all around them is going up in flames. Manish Tiwary manages to make his lead pair look so much in love and so oblivious to its damning repercussions that we wonder if this pair's karma is engendered by despair.

Indeed doom has seldom seemed so desirable on screen. Tiwary's brilliant production designer Ashwini Shrivastav gives to Varanasi a look of lived-in and loved-in splendour. Yes, we have been through these crowded bustling bylanes and river ghats of the holy city in a number of films. But somehow Varanasi looks... born again! Vishal Sinha's cinematography is plush and passionate and yet the film's visuals never topples over into the kingdom of the garish.

And what visuals! The director makes the desi Romeo and Juliet's turbulent togetherness an occasion for optical enchantment.

Rahul and Bachi, that is Tiwary's Romeo and Juliet, stroll in a bangles market, the loud vibrant colours of the glass ornament screaming out a riot of lovelorn messages. This lush sequences transpires right after Rahul's two sardonic friends (one of whom will die a gangwar-infused fearless death soon after) discuss how nowadays Rahul has lost his machismo.

But we are jumping the gun. Can't help it. Guns blaze all across this choleric love tale where the desi Romeo meets the ghar ki Juliet at a Holi bash. Here, the shot of Prateik falling from the rooftop into a yellow-coloured water tank is so brilliant that you fear the director's visual aptitude may overpower the basic plot.

Fear not. Manish Tiwary knows his Shakespeare as well as he knows the rugged north Indian hinterland of blood savagery and abuses, which Vishal Bhardwaj and Anurag Kashyap have brought so persistently into our range of vision.

Tiwary cleverly holds back the boorishness. There's little or no vulgarity and uncouthness in the script. "Issaq" manages to project the perky innocence of first-love without getting over-cute, cloying or cheesy.

A lot of the endearing and enduring impact of the romance comes from the two players.

Prateik is born again as an actor. His performance as a love-smitten Romeo is so apt that you tend to forgive his past embarrassing performances. There's a marked improvement in his diction delivery. The Uttar Pradesh accent does fall off. But what the heck! This Romeo is real. So are the songs, which mesh so fluently into the plot that you wonder why Shakespeare didn't write his tragic play as a musical.

Amyra Dastur is a prized find. Precocious, pretty, expressive and agile, this girl is a star in her very first film. True,she does come across as slightly too 'convent' to be a Varanasi girl, but her radiant sincerity simply melts your misgivings. Together, Prateik and Amyra create the best Romeo and Juliet since Leonard Whiting and Olivia Hussey in Franco Zeffireli's "Romeo & Juliet".

Among the rest of the very fine cast, Ravi Kishen is simply outstanding as Amyra's protective angry violent uncle. Whenever Ravi is on screen, it's hard to look at any other actor. Rajeshwari Sachdev as Amyra's stepmom steps into a randy role with relish. She is in splendid form, bringing to her character both a sexual frankness and a moral ambivalence on which hangs the impact of the tragedy.

I've to mention a sequence where Bachchi/Juliet is being married off to the cop-suitor(Prashant Kumar, well cast). Rajeshwari applies the haldi on her grieving stepdaughter. Within seconds, Rajeshwari's expressions go from contempt and smugness to feminine empathy and compassion... the hallmark of a great actress.

Tiwary blends such moments of free-flowing sensitivity with the darker, murkier reality of blazing guns and furtive fornication without letting the sleaze touch the purity of the central romance. Love and war come together in a passionate embrace. A sense of desperate longing runs through this adrenaline-pumping drama driven forward by a cast of actors who know there is something vital happening here.

This is one of the most innovative adaptations of Romeo & Juliet in any language.

Actress Amyra Dastur says she wants to balance work between Bollywood and south as she loves both the industries.Read More

In this original Indian adaptation of William Shakespeare’s Romeo & Juliet we see the story transposed to Banaras and its neigbouring areas that are witness to violence unleashed by sand mafia controlled by urban elite and equally violent retaliation by Naxalite armies. The sand mafia is run by two influential Banarasi families, Kashyaps and Mishras, who are at brutal feud with each other. Kashyap has an 18-year old, pretty and innocent daughter Bachchi from his first wife.

On the other hand, Mishra’s son Rahul is a good-looking teenager with predictable interests for a boy of his background – Girls & Guns! Things change when the battle-hardened and pleasure-seeking Rahul and romantic yet head strong Bachchi fall in love. Disregarding the consequences, the young lovers choose go ahead with the dictats of their hearts. What follows is a high octane action-filled drama. Manish Tiwary’s Issaq turns into a commentary on the meaning of love in contemporary India! 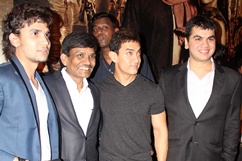 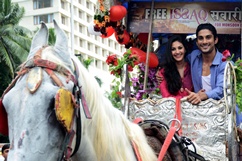 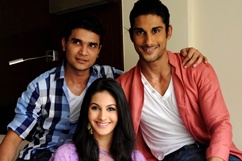 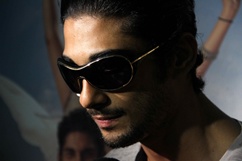