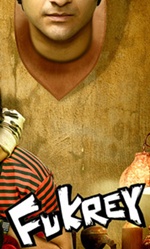 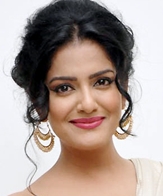 There is something about the theatre of the absurd that brings on a volley of unwarranted nonsense in the filmmakers of this country.

Not this time. "Fukrey", about an eclectic bunch of no-good students poised between a rapidly-receding adolescence and a reluctant manhood is far funnier, more intelligent sharply-enacted and deftly executed than the recent, much-lauded "Kai Po Che".

And yes, though the boys think and talk a lot about sex, there is a refreshing absence of double-meanings in the dialogues.

In hindsight, both the screenplay and performances in "Kai Po Che" seem somewhat overrated. And I plead guilty to that crime of over-estimation. "Fukrey", with its inventive plot and wickedly dead-on characterisations is the kind of rare and precious comedy where the actors seem to have adopted their roles without considering their own ambitions as an actor. Each actor - from Pulkit Samrat to Richa Chadda to Pankaj Tripathi, shines meteorically in his or her allotted corner and yet manages to merge with writer-director Lamba`s larger scheme of things.

And gosh, what schemers masquerading as daydreamers this delicious romp into the Delhi`s rumbling underbelly this film throws forward! The fiercely individualistic style of storytelling visits places in Delhi where the stereotypes of middle-class life(girl courting boy from adjacent rooftop, working-class boy dreaming of attending a college filled with girls in short skirts, rave parties being busted by an overzealous cop, etc) flicker into shapes we have never seen before.

It`s not just the unobtrusive ingenuity of the technicians that gives "Fukrey" its flamboyant funny and fresh flavour. "Fukrey" gets its palpable energy from its characters who, put simply, exude character. These are youngsters whom we know, and probably don`t want to know.

There`s the embarrassingly named Choocha (Varun Sharma) who dreams weird lottery-winning dreams and his cocky over-confident buddy Hunny (Pulkit Samrat) who interprets Choocha`s get-rich-quick-by-hook-or-crook schemes. The duo`s dreams of admission into a college of short-skirted girls is fuelled by a college watchman playred Pankaj Tripathi, who posseses a unique abilty to make even the commonest English word sound like an abuse.

Other characters - a mithai-wallah`s somber Sardar son (Manjot Singh) and an irksomely bewildered wannabe musician Zafar (Ali Fazal), join in to get a foothold into a world where money comes to the dreamers`s life from unexpected quarters. Joining the band of wannabe dudes is a female gangster who is not fat, imposing, uncouth and scary.

Richa Chadda`s Bholi Punjaban is an eminently feline and sensual creature, wanton and immoral, cheesy and yet enchanting. Richa gives this unusual character a special spin. Her scenes with the naive and funny Choocha are among the finest funniest moments in the film. A close second are the scenes where Choocha is being put to sleep by his friends to dream up their riches. Looked at closely, such moments of unalloyed worth actually define a very dark and depressing truth about why today`s 20-something ends up tied to a ceiling fan.

The film`s inventive step-by-step unraveling of youthful avarice is played mostly at a flippant devil-may-care pitch. Not that Lamba`s direction forbids emotional leeway. There is an eminently poignant moment in a dingy government hospital where the dreamer-musician Ali`s father`s urine sample has to be collected by his son.

It`s a moment that melts the mirth into a heap of despair.

Watch the emotional and physical detailing of this sequence to know how diligently Lamba has crafted his tale of greed, male bonding, backsteeet badmaashi, sun-splashed revelry, surreptitious romancing, coming of age and yes, one of the most interesting female gangster characters written for Hindi cinema.

In this rugged tongue-in-cheek bro(ke)-mance, Lamba cracks the comic code far more confidently than he did in his first film "Teen They Bhai".

The performances make you thankful and relieved. At last, our cinema has moved on from its fixation with a known bunch of stars to explore talent that is refreshing and unique. Richa Chadda, Manjot Singh, Pankaj Tripathi and Varun Sharma are in terrific form, but it`s Pulkit Samrat who is clearly the star of the show.

If I had made "Kai Po Che", I`d wonder why my film wasn`t as savagely funny as "Fukrey".

“FUKREY” is one such crazy story of four restless and hapless souls, running after their individual desires, brought together by one dream, which turns their not so simple life upside down.

From breaking school walls, to cross dressing dancers at the ‘Ram Lila’; from a ‘Jugaad Baaz’ college watchman to leaking examination papers; from a female pimp, who runs her drug cartel through Nigerian henchmen to visionary dreams.

Can the four ‘Fukrey’, the four nobodies, twist their fate and dreams into reality or will they forever be lost in the obscurity that they come from? 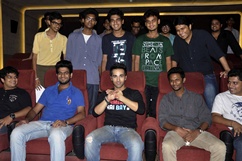 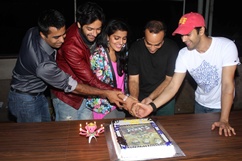 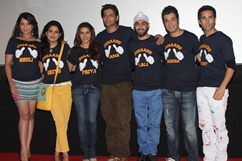 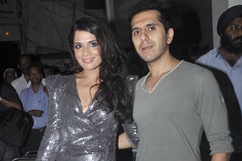