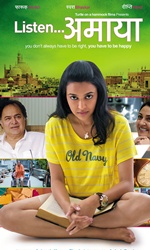 `Listen... Amaya` - shows how love knows no age (IANS Movie Review)
Rating: ***
There is something enormously heartwarming about a mother-daughter film where the two actresses playing the roles look naturally comfortable together. For debutant director Avinash Kumar Singh, casting Deepti Naval and Swara Bhaskar in key roles, is half the battle won.

The rest of the cast and their allotted spaces just fill up this intimate portrait of a suburban crisis without anyone jostling for space. The premise is bold, but not created to incite a feeling of shock in us. Mother and daughter occupy an inviolable space within the cosy cafe that they run. Enter the outsider, who is not an outsider. What happens when the mom Leela decides to marry her long-time friend Jayant aka Jazz?

The daughter`s reaction is one of disbelief and denial. The plot doesn`t get stuck on the stunned. The sensibly-written film takes us through the daughter Amaya`s journey from an outright rejection of a new life for her mother to a gradual realisation that love or companionship don`t have to strike at any specific age of phase in a woman`s life.

The drama of the daughter`s imagined deception is played out at muted octave. The director has no space in his mellow quietened-down narrative for melodrama. It helps this film`s cause tremendously that actors of Farooque Shaikh and Deepti Naval`s experience step in to play characters of their own age looking for giggle, love and maybe, sex, when they are expected by their children to "behave themselves".

Both Farooque and Deepti confer a layer of profound sensitivity to this little-big film about a woman`s right to find companionship with or without her darling daughter`s approval. The film`s main dramatic tension converges on the daughter`s character.

The underrated and under-used Swara Bhaskar is a revelation as the young girl grappling with reality. That Farooque`s character isn`t trying to take the place of Amaya`s father is a realisation that sinks into her consciousness after a painful process of self-exploration.

On Swara, hinges the film`s final impact. She holds up the film most ably.

The writing by Geeta Singh is never extravagant. Temperance is lavishly exercised in the way the characters express themselves. Some of the scenes are brilliant in their muted emotional content. Farooque`s forgetfulness, his relationship with an old watch-repairman in a crowded bylane of old Delhi, and his inability to locate the watch maker`s address in time to meet the old wise man before his death, become symbolical of every individual`s hit-and-miss encounter with life`s most cherishable moments.

Blessedly, the film doesn`t take itself overly seriously. There are some genuinely funny moments in the narration. The scene where Deepti`s new NRI friend drops in announced in the rains, is hilarious for the confusion that Farooque`s role in her life creates in the minds of the outsiders.

Somewhere, "Listen... Amaya" tells us that the relationships that we form in the journey of life don`t need to conform to any individual`s definition. That to go with the flow is not just desirable, it is also the only way to enjoy what destiny serves up.

"Listen... Amaya" doesn`t get caught up in message-mongering or sermonising. It allows the likable urbane characters to grow in their space, and at their volition. No moral demands are made on them by the film`s makers.

There is a touch of spontaneity in this film, and it is endearing. The songs, though situational, could have been avoided. The remix of Kishore Kumar`s "Ek ladki bheegi bhaagi si" tries to be cute in a film peopled by characters who otherwise don`t pose for effect.

"Listen... Amaya" is a touching peek into the heart-breaking boundaries to find comfort and love. If the film`s main protagonists are not beyond reproach, it is because no one is immune to love.

Into this mix, is thrown Jayant Sinha. A 60 year old retired photographer, who continues his chosen profession as a hobby today. He is passionate about people and the memories they create; he is also a great friend to Amaya Krishnamoorthy, with whom he decides to co-author a coffee table book, titled Memories…of The Busy Bazaar. The Busy Bazaar as a title has it’s own story and adds a subtle but intriguing undercurrent to the narrative woven around it.

After having lost her husband 12 years ago, Leela refuses to become a stereotypical wallflower, who wallows in the unfairness of life. It translates into the sort of person she becomes, the way her daughter is brought up and the people who are attracted to her.

And along the way, Leela falls in love again.

Given that Amaya is open minded and modern in the way she reacts to various things around her, gives Leela reason to believe that this will in no way be a hindrance or a problem with her daughter. And this is also the crux of the whole story.

At a dinner, Jayant begins to narrate the incident in which his family was tragically killed to Leela. Talking late into the night, Jayant spends the night in Leela’s home, which is also when Amaya walks in on them the next morning, just as Leela is consoling a broken Jayant who’s just finished his heart rending story.

As relationships that were once rock solid, fracture and crumble, the film explores multiple relationships in their own unique ways. It also traces Amaya’s journey of anger, betrayal and disbelief to one where she understands the reasons behind everything that has happened between mother and daughter.

Once her head clears, Amaya is the one that makes the effort to rebuild lives, piece together shattered relationships and bring the missing sunshine back into everybody’s lives. Other characters beautifully woven into the film also add to the layering and texture, that character driven films demand.

Finally, there is also a sub plot that runs alongside the main narrative, which becomes the sublime finale to a sensitive, subtly humorous and extremely touching story.

Listen Amaya is a modern, young, contemporary film about relationships, family dynamics,about pre-conceptions and about priorities. 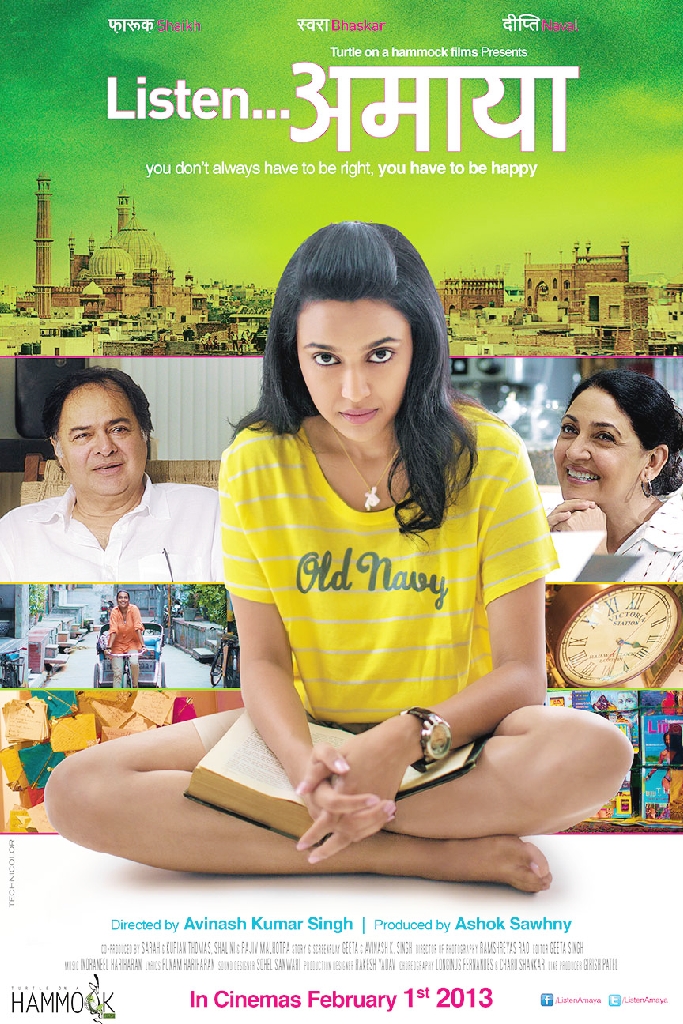 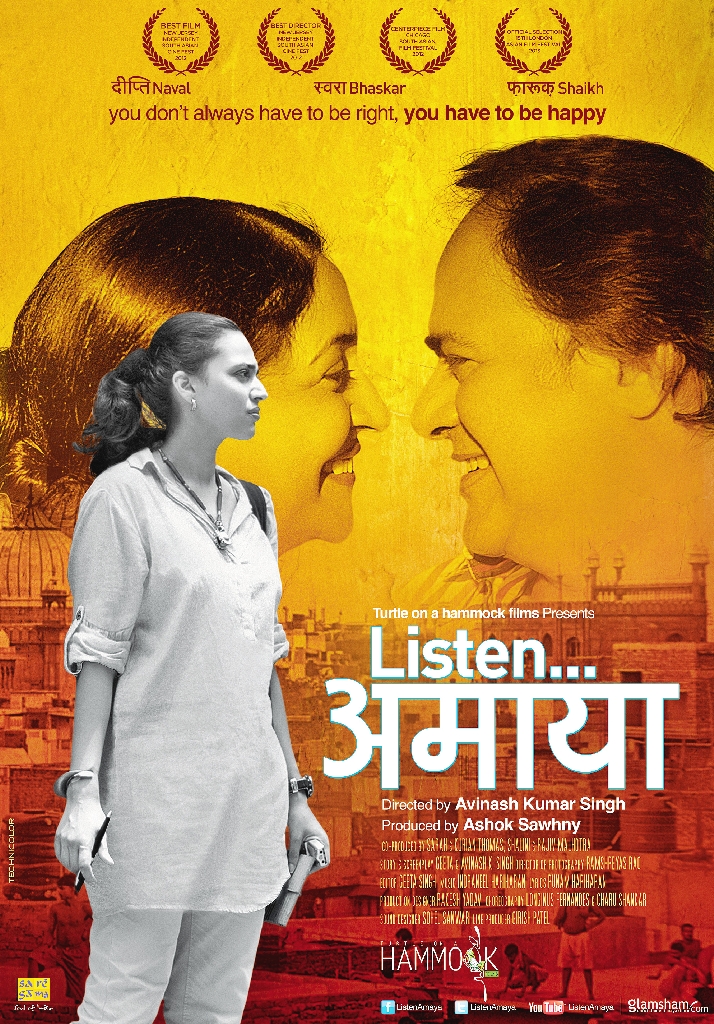