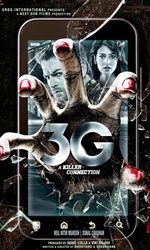 It certainly creates havoc in two lives out to have a fun week in azure Fiji. Here`s how.

"3G" is not the first thriller to be located in Fiji. Just weeks ago, "Table No. 21" attempted to chronicle the extraordinary supernatural adventures of an ordinary couple holidaying in Fiji. Here in "3G" the couple on a horrific holiday is played by Neil and the lovely Sonal Chauhan.

Admittedly the two make a fetching pair and seem to share a crackling chemistry. The co-directors reserve the initial portions of the loosely-edited film to watching Sonal emerge from the oceanic depths of the Fijian waters in gravity-defying bikinis to share slurpy kisses with her co-star.

Co-directors Sheershak and Shantanu know the fundamental rules of the horror genre, which they apply to the film with restrain. There are no creaky doors, banging windows and banshee-like wails, moans and screams on the soundtrack.

Initially, the build up of the horror is done with enthusiastic energy, with Neil`s descent into demoniacal possession conveyed with throat-clutching credibility. The actor`s voice, eyes and body language chart the character`s journey from holiday-time fun to unexpected terror.

Neil has worked hard on conveying a sense of growing anxiety within his character`s devilish domain. His performance gets its pat-on-the-back moment when in a moment of satanic exhilaration he raises both his hands triumphantly in the air to mock a priest saying: "Have you forgiven yourself?"

His co-star has relatively less to do, and wear. Sonal does both with enthusiasm, and provides Neil`s character with a spooky counterpoint in the tale of the man, woman and the entity that enters their lives. The film depends almost completely on the couple to carry the chilling tale forward.

The incidental characters are almost non-existent until the endgame when the story of another couple emerges from the folds of the inexplicable goings-on.

The film "3G" makes interesting use of the traditional horror formula. It subverts the genre to poke sardonic scary fun at technological advancement and the stronghold of gadgets and gizmos in today`s times. There`s a frightening message here on how the past revisits our present when we aren`t looking.

Eerie and spine-tingling in spurts, "3G" has its moments of gripping suspense. Those who have enjoyed Ram Gopal Varma`s "Bhoot" or Vikram Bhatt`s "Raaz" would certainly derive a trembling pleasure in "3G". 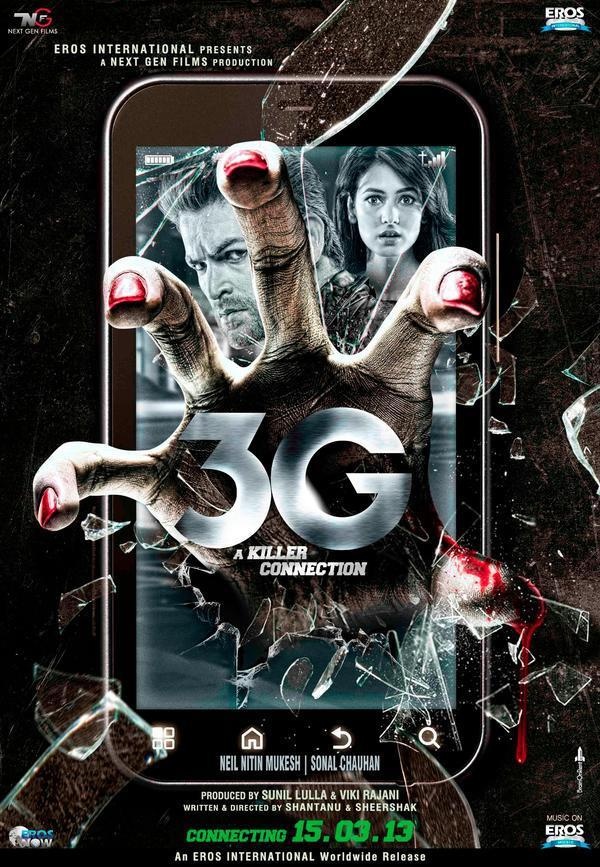