Crazy Loka is a Kannada - movie directed by . Starring . 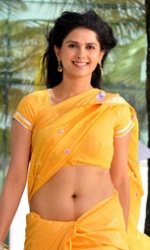 Kavitha Lankesh`s "Crazy Loka" is an ordinary attempt from a director who made a promising film like "Preethi Prema Pranaya". It has the weakest script and a mindless narration which can irritate the audience.

It is a film one doesn`t expect from a talented director like Lankesh, and one wonders how a superstar like Ravichandran accepted such a weak role?

It is baffling to see a matured director like Lankesh writing such meaningless dialogues in the film after showing her prowess as a dialogue writer in her previous films like "Deveeri", which won her national recognition. Unfortunately, the dialogues in "Crazy Loka" is the weakest link of its below average plot.

Some of the sequences are utterly laughable in the way they are executed. The other weak points are poor technical standards of the film - a factor totally unexpected from a Ravichandran-starrer.

The film is unforgivably wrong and a tedious watch. Artists including veterans like Ravichandran and Avinash have clearly failed to deliver goods.

The story is about Basavaraj Kattimane, an uneducated, but a successful businessman, who wins an honorary doctorate for his social service. Challenged by his rival to get a genuine pre-University certificate, Kattimani joins the same college where his son Abhay studies.

Kattimani attends college and in the process, imparts lessons of life to the much younger students. He shares insights about life`s challenges and tells them how to develop the right attitude to achieve success.

He does not realise his dreams, but he becomes in reforming many students in the college.

It is a perfect role for Ravichandran as it suits his present age, but the actor does not have any powerful sequences to carry off. And his haristyle is atrocious. Daisy Bopanna, the heroine of the film, shows her midriff more than her acting potential.

The younger stars -- Harshika Poonachcha and Surya have shown energy in their performances to an extent. Veterans like Avinash and Vishnuvardhan have very little scope to perform.

"Crazy Loka" may be the best of the four Kannada films released this week, but unfortunately the audience expect much more with Ravichandran leading the cast.

That way, the film is a total disappointment.