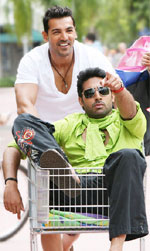 Get this straight. Abhishek Bachchan and John Abraham are not gay. They are just happy pretending to be bed partners. In the endeavour, they pull out all stops and get into the gay zone with a gusto that stumps all moralists.

There are butt-and-bum jokes galore, some even pointed at the leading lady. But hold that frown. Chill...It`s all for fun.

The theme of heterosexual characters pretending to be gay to get a precious abode in the bustle of the metropolis is pretty cool.

Abhishek and John, both in full form, get into the gay groove without going over the top. They come out with flying colours through most of the material that`s provided to them to sink their teeth into. While John combines terrific body language with some great comic timing, Abhishek`s expressions are a scream in their pitch-perfection.

One of the most brilliantly-written sequences orchestrates all the characters of this gay-play in the same room. There`re the play-acting gay protagonists, a gay magazine editor (Boman Irani), a gay marriage-bureau official and of course Abhishek`s homophobic mother (Kirron Kher) who screams and rants and then accepts her son`s apparent sexual preference.

You could simply marvel at the two principal actors giving so much of heart to their parts.

After a point you`re tempted to stop counting the number of times the word `gay` gets in the way of the narrative. From `Mera beta gay hai`, courtesy Kirron Kher, to a `Han main gay hoon`, Dostana wins the how-to-say-gay-in-every-which-way award of the year.

Sandwiched between the two brilliantly-poised heroes is Priyanka Chopra, glowing like a 1,000-watt bulb in her immaculate wardrobe and beachwear.

So here`s the bottom line. Hindi cinema finally comes out of the closet.

The characters get ample chance to extend the parameters of conventional cinema without toppling into the abyss of overstatement.

First-time writer-director Tarun Mansukhani has the zing thing in his vision. Miami, shot with fetching gusto by Aynanka Bose, lifts the luscious locales to more than a tourist paradise. The desi characters seem to belong to this beachside paradise.

Well-toned bodies tanned to perfection, sinewy movements on the beach and on the dance floor, songs, music and feverish fiesta of sexually-driven people who want it all. And fast. Dostana is the ultimate hedonists` dream.

The narrative pace slackens considerably in the second-half, what with the heroes expanding their homosexual hijinks into a triangle with Priyanka thrown in for good measure. Then the triangle dilates into a quadrangle as Bobby Deol makes a belated appearance as the boss who first intimidates and irritates the working girl into a motion of anger and submission. And then sweeps her off her feet.

Is this to keep the heterosexuals happy?

What keeps the narrative going is the sheer zest for life and the mood of wackiness which Shilpa Shetty sets at the outset with her `ooh-la-la` item song. The gags involve everyone from the caricatured and spinsterish landlady to an incredibly clueless magazine editor (Bobby Deol), who agrees to behave like a moron at our pseudo-gay heroes say-so.

It`s all in fun. Not to be taken seriously. Not even when Abhishek and John lip-lock in mock-ecstasy for a farewell kiss that certainly leaves Priyanka breathless.

Director Tarun Mansukhani has started writing his next, but has not revealed the genre of the film. Read More

It`s all happening in the Beach Party Capitol of the world…..Miami is the setting for Dharma Productions latest offering Dostana - serving a cocktail of all ingredients to do with Friendship, Fun, Frolic and that thing called Love….but with a slight twist – there is a small case of pretending to be Gay!!

When Sameer (Abhishek Bachchan) and Kunal (John Abraham) are turned down for an apartment because the land lady doesn`t want 2 strapping young men to corrupt her young sexy niece Neha (Priyanka Chopra), they go to plan G – they pretend to be Gay to secure the apartment.

All is well till they meet the sexy siren Neha and thus begins a journey of fun, frolic and a test of friendship like never before when Neha`s boss Abhimanyu (Bobby Deol) enters the fray as the third contender for her affections, it gets even hotter under everyone`s vests and bikini`s and the boy`s get down and dirty, in sunny Miami. 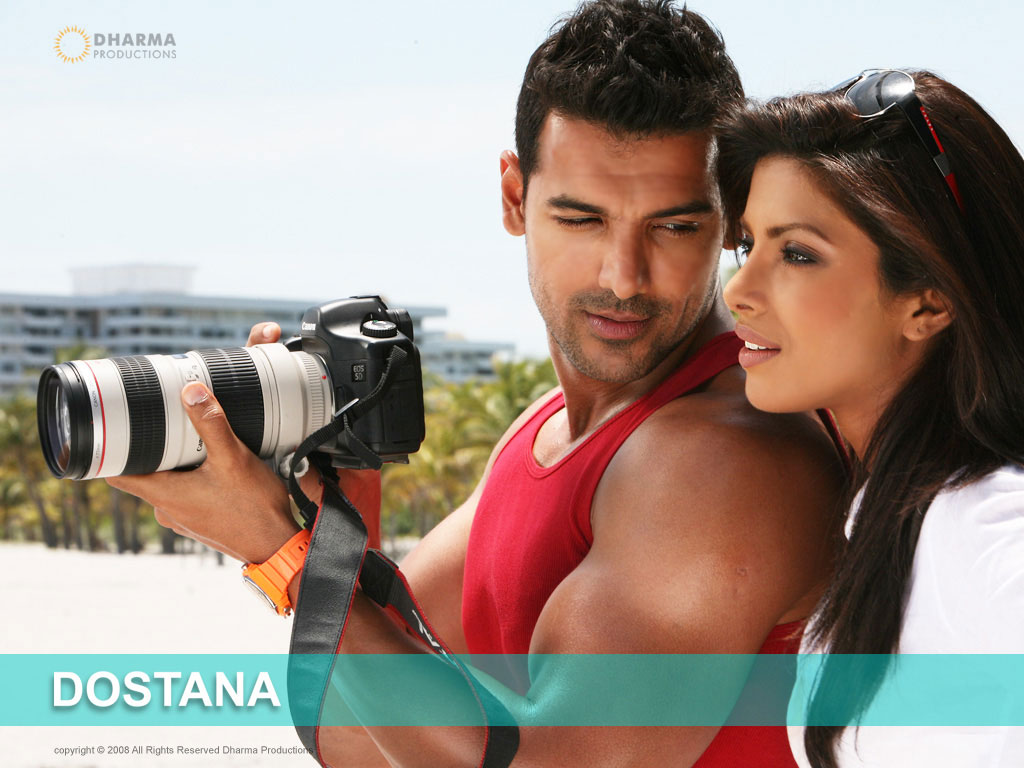 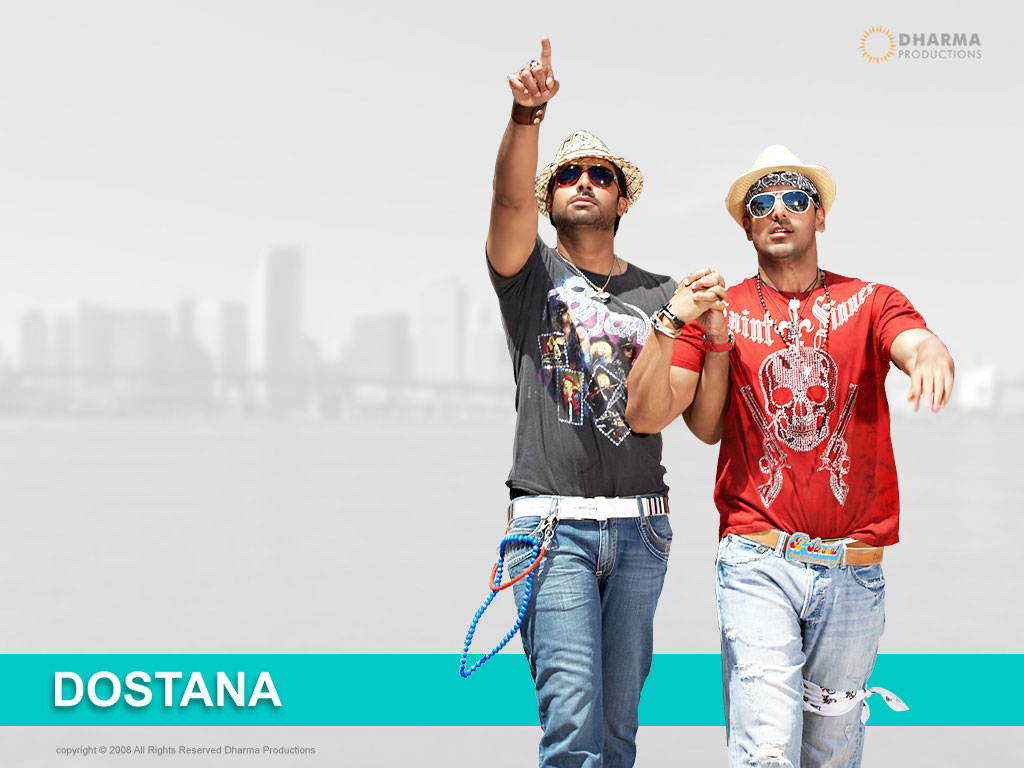 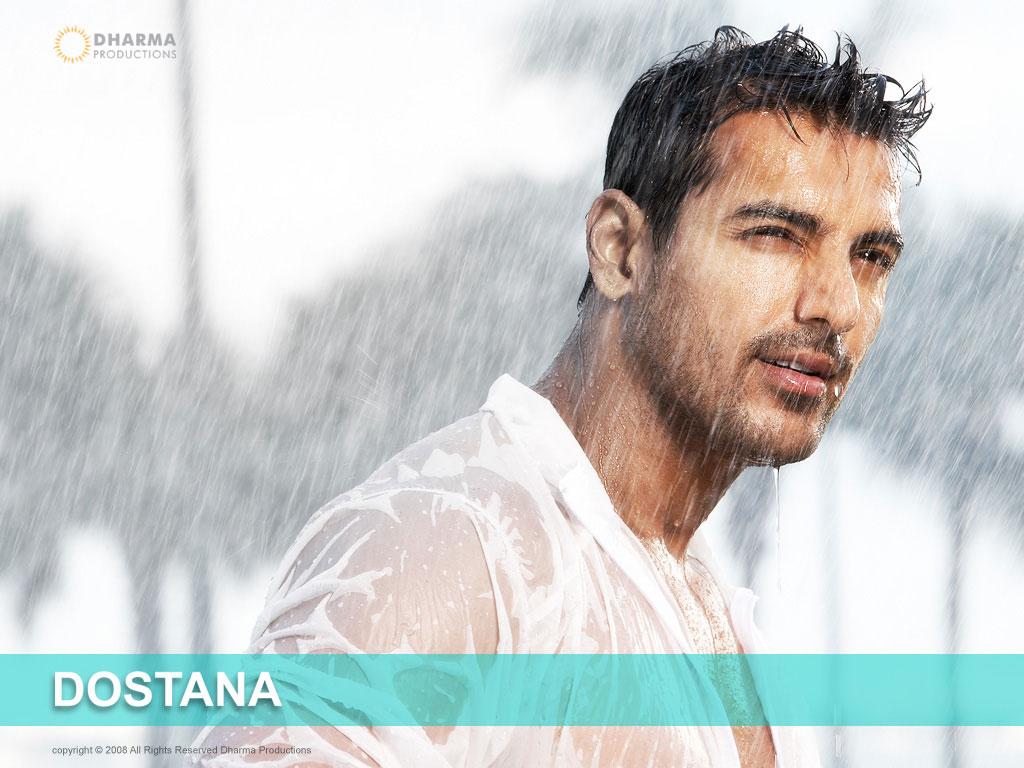 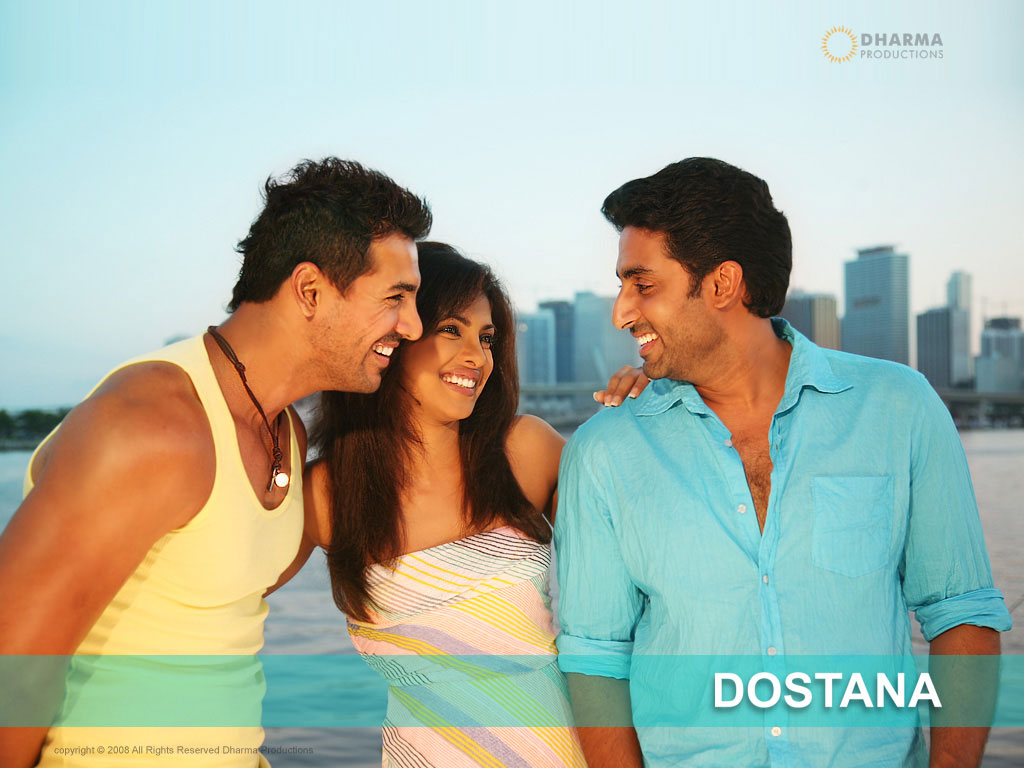 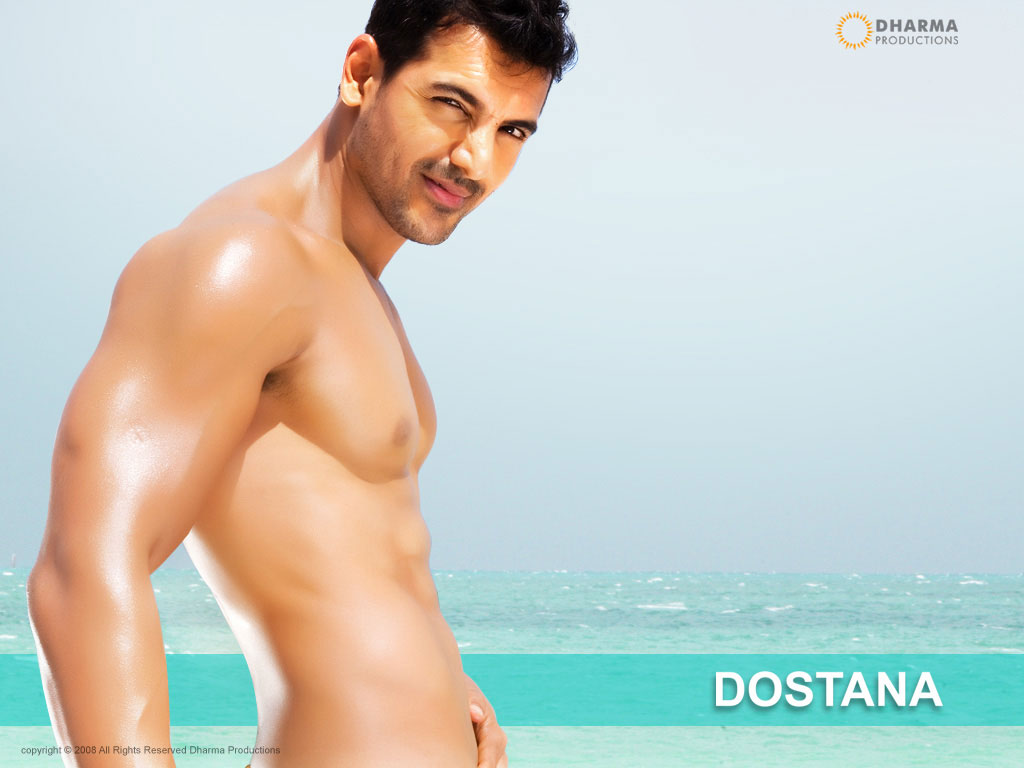 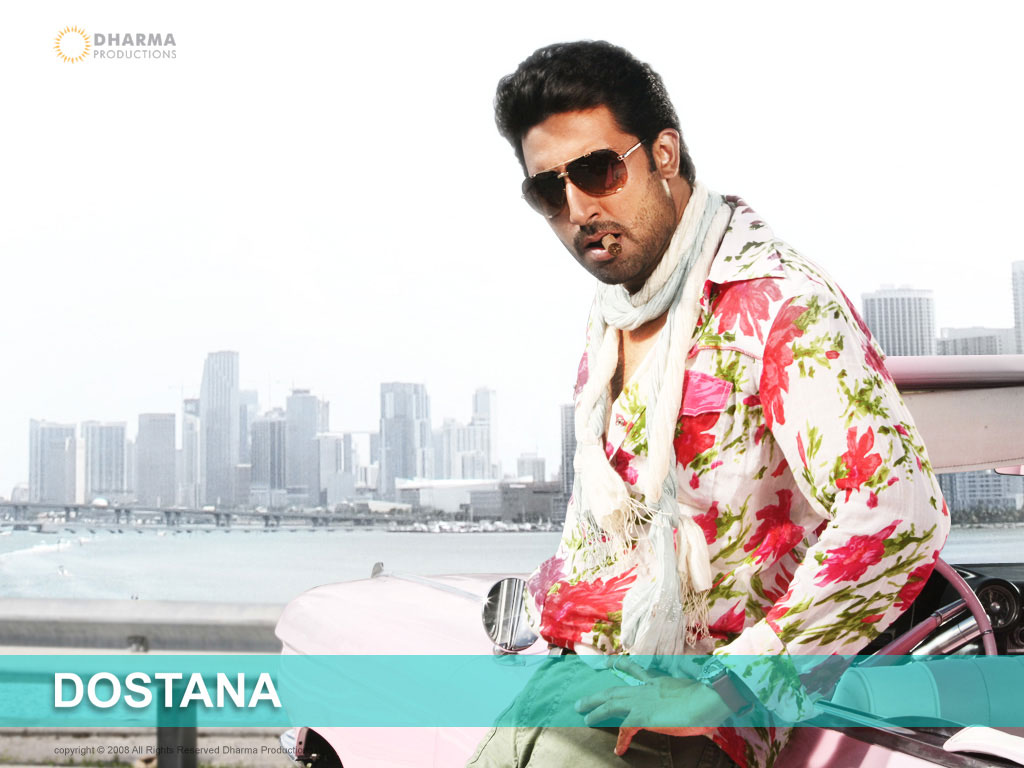 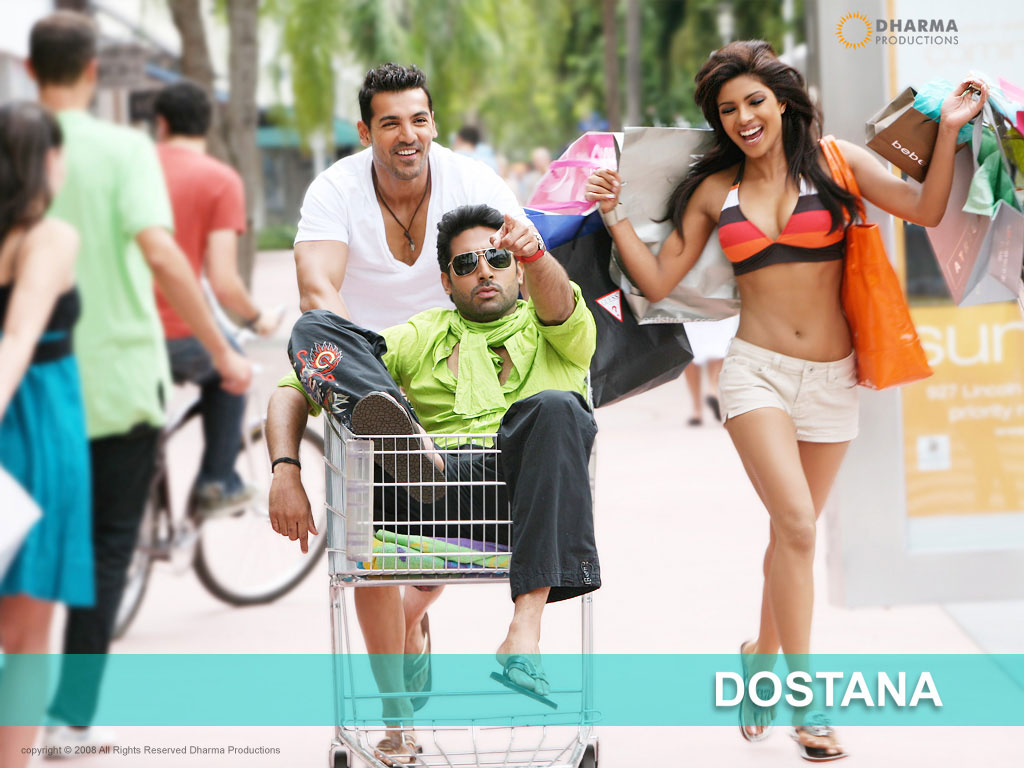 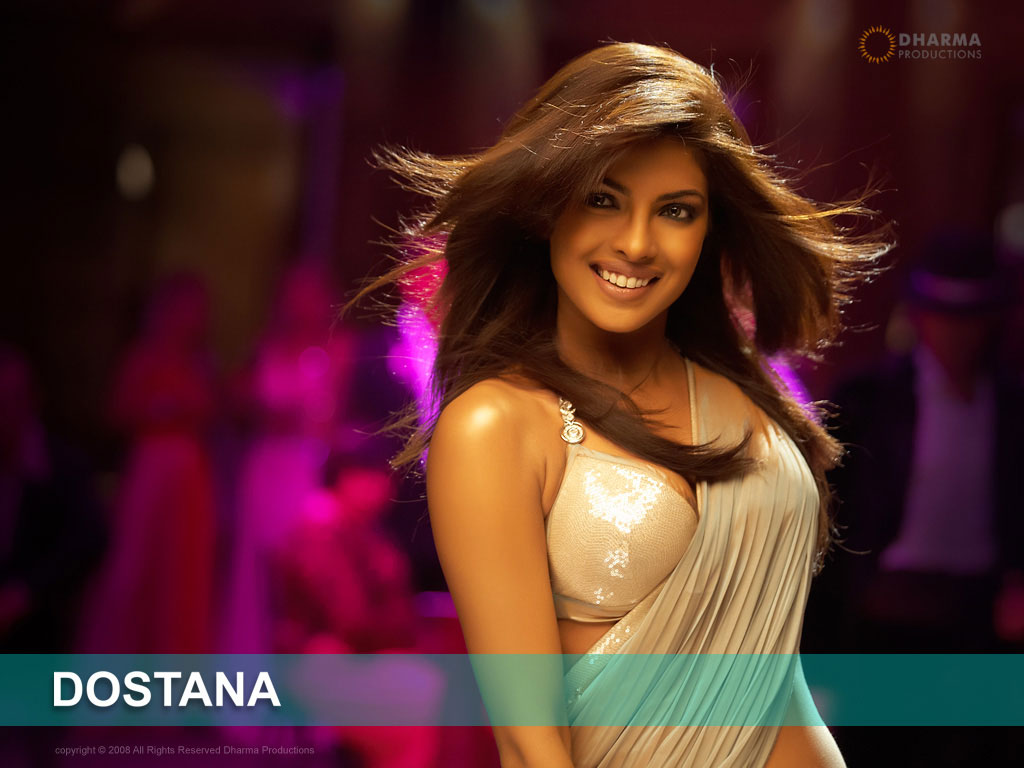 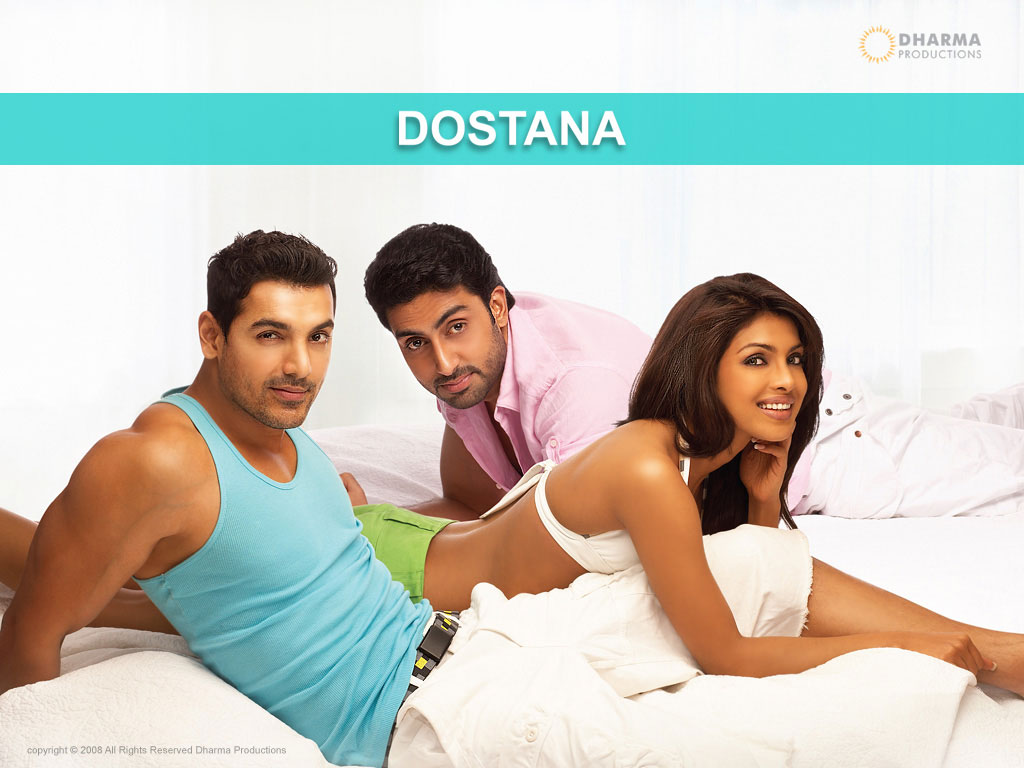