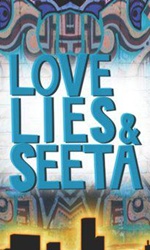 For a moment, imagine yourself as a filmmaker who has been given this scenario to make a film - three flatmates who fall for the same hot, young woman but she is no damsel in distress but a strong woman with a mind of her own. If you were told to make a romantic comedy out of this basic plot line, what would you have done?

Wouldn`t some hilarious guffaws and scenes creep up in your mind for such an interesting scenario? Sadly, the NRI writer and director of Love, Lies And Seeta couldn`t come up with these. The result - you have a film that isn`t even five percent of what it could have been.

Three flatmates Rahul (Arjun Gupta), Tom (Michael Derek) and Bhavuk (Lavrenti Lopes) living in New York, fall for Seeta (Melanie Kannokada). But Seeta does not believe in love. To make the three of them realise their mistakes, she agrees to date… all three of them. Eventually though, Seeta indeed falls in love. But with whom?

The most fundamental problem with the film is its lack of energy. In the beginning of the film, the actors are so seemingly uncomfortable and are so much `acting`, that it is jarring. The dialogue delivery of every single actor lacks energy as if it`s a great effort to cough up those lines. A small acting workshop prior to shooting would have helped matters.

To compound this problem is the soundtrack. The director obviously does not know that often the most important dialogue in a film is its silence.

Then there are too many narrators. First, it is Seeta`s father who becomes the narrator and then, suddenly out of nowhere, it is her friend and then it is again the father.

There`s no hint or intimation as to why this happens. It doesn`t really end up serving anything more than showing the laziness of the writer and his inability to imagine a little more sophistication.

Then there are too many flash backs, which like the change of narrators, keeps popping up for no rhyme or reason.

Though there are a handful of funny moments in the film, bad execution ensures that they too die in a whimper. Yet, the funniest thing is in the end, where a sequel is extremely loudly hinted at.

Ambition is one thing, but ambition has to be a bit realistic. To believe that such a bad script could have a sequel, ends up being the funniest gag in the film.

Love Lies and Seeta is a story of 7 youngsters during a New York Summer. The movie follows the lives of 3 youngsters Tom, Rahul and Bhavesh Patel (aka Bhavuk) who met Seeta by chance at different points in their life. A chance encounter with her again in NY after they are grown up, and all fall for the same girl. But one problem, Seeta doesn`t believe in Love. Seeta, adopted daughter of american parents John and Sussane McKinsey, and sister of a loving brother Alan McKinsey (aka Bud) –has a different take on Love. She feels Love is like adolescence, and that it fades as one grows old. Her best friends, Caroline and Ramya have their own views about love and life – yet all three are inseparable.

The movie explores the friendships, subtle differences among the friends during a Summer in New York, and is a semi nod to hollywood and bollywood cinema, all told in a entertaining way. The film is written, produced and directed by Chandra Pemmaraju and shot by Lukasz Pruchnik using revolutionary Red Camera.

The movie is executive produced by Srinivas Pabbaraju, Chaitanya Chitta, Gary panchal and Raju Penmatcha, and presented by Naga Pemmaraju. 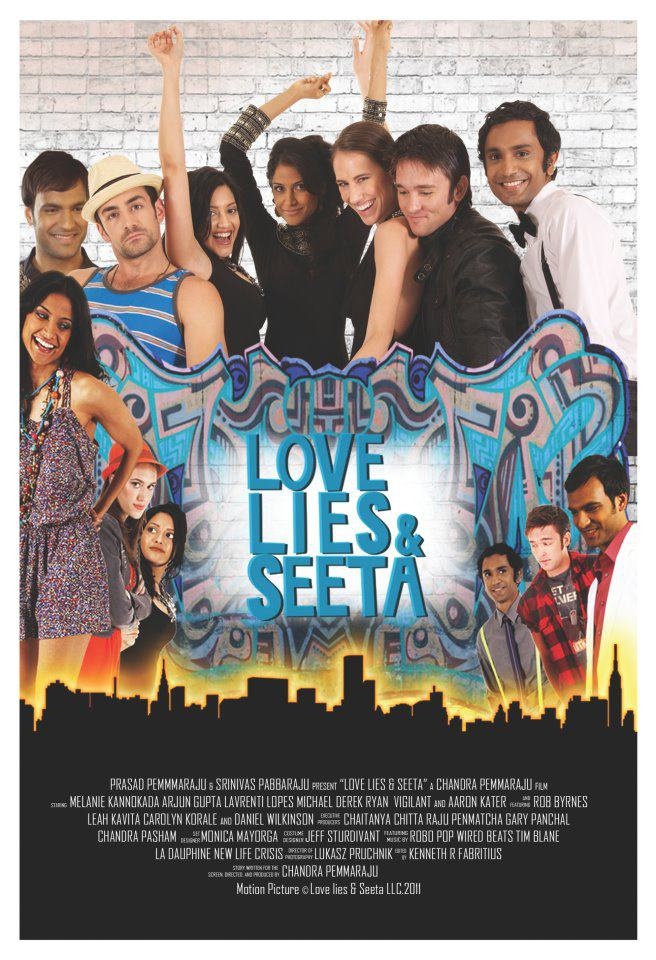