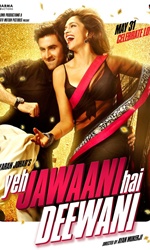 If god lies in the details, then Ayan Mukerji`s second film qualifies as a mythological. He lays out an elaborate languorous game-plan for a romantic liaison between two discernibly incompatible human beings who just happen to be thrown together in two very stylishly planned scenarios, shot with panoramic panache by V Manikanandan in Manali , Spain and Udaipur, in a screenplay that revels in silences rather than screams.

"Yeh Jawaani Hai Deewani" is a very confident film. Outwardly it exudes the air of being a conventional boy-meets-girl saga. But scratch the surface, and out comes some refreshing mockery of what we have come to recognise as audience-capturing tactics. In a startling subversion of convention director, Ayan Mukerji very often allows his characters to seek out their own destination in a journey where unpredictability is not usually a possibility. Here, we know where Bunny and Naina`s liaison is leading. But the journey is somehow exhilarating beyond the situation.

In the film, Ranbir and Deepika, both in their element, are not afraid to do those things that couples in our mainstream films are generally forbidden from doing. There are lengthy exchanges of ideas and thoughts between the couple, none of it is pointedly profound or even self-consciously clever, where, contrary to current rules of mainstream movie, we are invited to read between the lines.

Indeed, the central romance develops with the kind of unassuming naturalness that we rarely find in our over-cooked love stories. Put plainly, the repressed Naina (Deepika) discovers she is hopelessly in love with the footloose Bunny (Ranbir). It takes some major journeys through continents and festivities before Bunny, the roguish lover-boy who dreams of traveling the world (and never mind how many hearts he breaks in the process) for Bunny to say `I Do` to Naina.

Significantly, Deepika`s character seems to pay more than a passing homage to Preity Zinta in that other Karan Johar production "Kal Ho Na Ho". In that film, Preity throws off her spectacles to, well, make a spectacle of herself in the disco song . Here, Naina (gosh, the two repressed girls in the two Karan Johar productions even have the same names!) throws off the `chashma` for a not-too-impressively choreographed Holi song where she simply freaks out.

Easy does it, you want to tell her. Specially since the song-and-dance binge doesn`t really take the character anywhere she wants to go. Barring the "Badtameez dil" song, most of the music and choreography is puerile with the senseless Madhuri Dixit `item number` hitting rock-bottom.

In terms of inventive dance steps or even creating a compatible chemistry between two major stars from two different generations, this one sucks.

And yet at the end of every suffocatingly catchy song, we somehow come up for fresh air and find the lead pair`s romance making a claim to our attention. And yes, there is the other very engaging pair played with understated sensitivity and curbed verve by Kalki Koechlin and Aditya Roy Kapur. While Kalki introduces tender moments into her under-written parts, Aditya plays an unanchored alcoholic individual for the second time in a month.

Though there is no conventional `aashiqui` for this character, this time around he manages to make his relationship with his buddy Ranbir look interesting and filled-out without being allotted too much space.

The Ranbir-Aditya duo has one very interesting confrontational sequence in the second-half where director Ayan Mukerji allows the pair to let its stressful relationship play itself out without extraneous pressure.

That, we soon realise , is the beauty of this film. It doesn`t seem to get anxious about the do`s and don`ts of a palatable rom-com. Instead, the director provides ample space for his characters to breathe and manifest their innermost secrets and insecurities without the fear of appearing less `cool` than they would like the world to think.

Ranbir of course, is a natural-born student of the cool-school. Though here his character and performance lack the uncut raw innocence of "Wake Up Sid", Ranbir still plays a self-centred commitment-phobic with extraordinary selfassurance.

Deepika gets into her character`s skin. She is a revelation to herself and to the audience.

The film boasts of some well-written cameo characters played by very skilled actors like Dolly Ahluwalia, Tanvi Azmi and Farooque Sheikh, who inhabit Naina and Bunny`s world just long enough to let us know how disparate the world of two made-for-each-other people can be, and how desperate their need to find a mutual centre.

A ravishing rollicking romp into the realm of romance done in a rush of emotions, experience and incidents that ring true, this movie is a delightful pilgrimage into precocity and introspection. Director Ayan Mukerji proves Sid`s wake-up call was no false alarm. Iss baar bhi baat `Bunny`!

Ranbir Kapoor to start Ayan's next from mid-October

Actor Ranbir Kapoor, who is all geared up for his first production venture "Jagga Jasoos", says that he will start the shooting of Ayan Mukherji's next titled "Dragon" from October 15.Read More

Actors can't be role models for every issue: Kalki Koechlin

Bollywood actress Kalki Koechlin, who is known for speaking her mind, says one of the drawbacks of being a popular face is that people expect you to take a stand on various social and political issues. She says people should realise that celebrities can't be expected to be role models and should only be appreciated for their craft.Read More

A solo release this weekend, the youth centric film will reportedly hit as many as 2,800 screens.

The movie had created a lot of buzz in its pre-production stage as it brought together ex-flames Ranbir Kapoor and Deepika Padukone on the silver screens after 2008 movie Bachna Ae Haseeno.

The story of the fun film, which also stars Kalki Koechlin and Aditya Roy Kapoor, majorly revolves around lead pair Bunny (Ranbir) and Naina (Deepika) and through them shows ambitions, dreams, emotions, love and heart breaks that the young generation goes through.

While Bunny is a free spirit, who wants to travel the world, Naina is a simple love-stricken girl. The two characters part ways just to meet each other again after a few years at a wedding.

However, Mukerji said that the movie does not target just the youth.

The 29-year-old director says all emotions are universal...the relationship between two friends, the emotional value...falling in love, falling out of love, wanting to take off. He admits that the film is about young people, but not only for young people.

All films are set in a certain age group, but that does not mean that the film belongs to only that age bracket, he explained.

Will the movie fulfil the high expectations of the audience or bomb at the box office, only the coming Friday would decide. 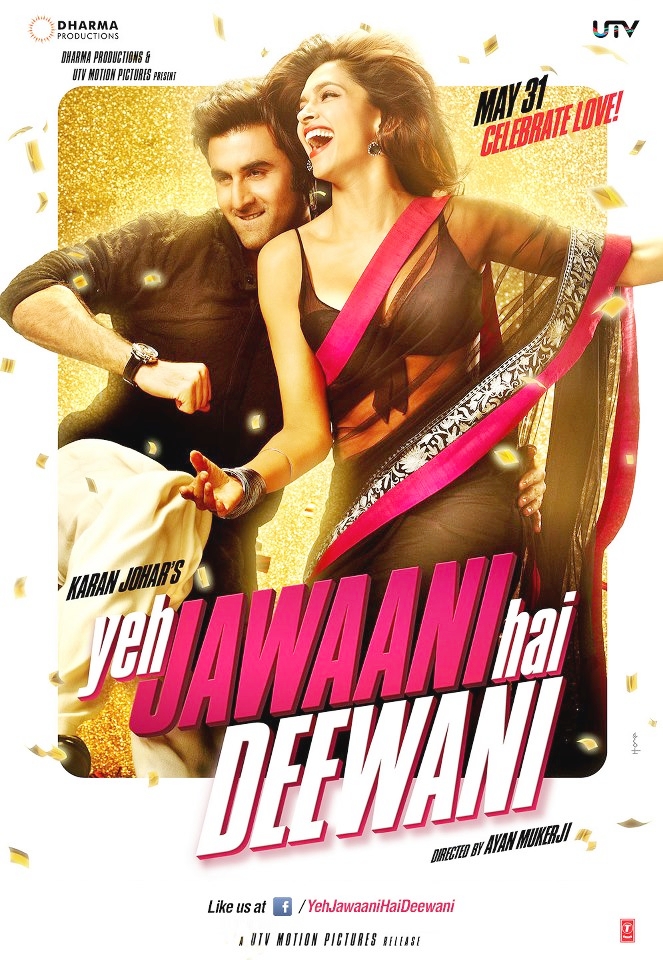 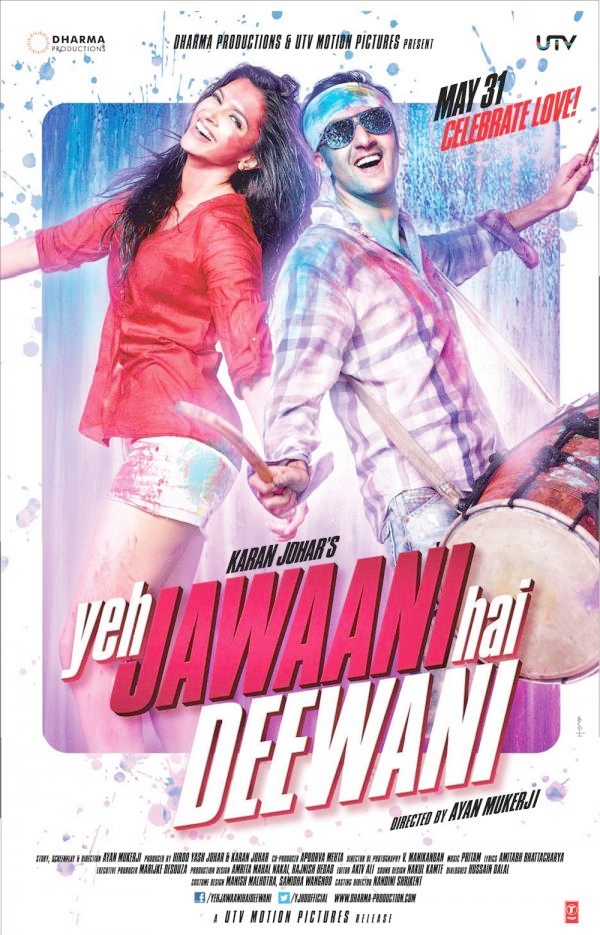 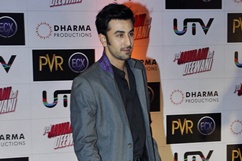 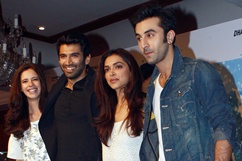 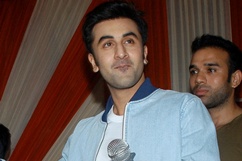