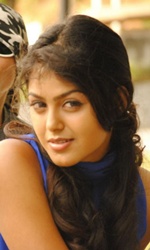 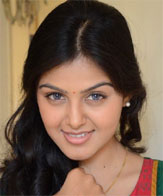 `Vennela 1 1/2` is comedy at its worst
Rating: *
Comedy is embraced and loved by one and all when it comes in the form which is universally accepted. In Hollywood, American Pie and Road Trip kind of films are loved by some and hated by some too, but that doesn`t mean these films are bad.

However, in desperate attempt, if as a filmmaker, one makes films along the lines of Hollywood adult comedies, then one is automatically forbidding family audiences to watch these films. Vennela 1 1/2 makes comedy loathsome with its depiction of senseless `bathroom humour` that runs throughout the film.

A happily engaged Vennela, a Bangkok-based Robotics expert, is tricked by `Krishna Krishna` into falling for him. However, very soon she realises that he actually made her fall for him at the behest of his father, who makes a living by breaking relationships. Vennela is heartbroken and eventually dumps him to move on with life. It doesn`t take much time before `Krishna Krishna` feels for her, this time for real and his friends Kadar and Sunil help him to win her back.

Nobody seems to understand why the hero is called `Krishna Krishna` instead of Krishna. Well, that`s just the beginning because the film has so many instances that will leave you confused and disgusted. The comedians perform acts of buffoonery on-screen, turning every single opportunity to entertain into an awful experience.

Comedy in this film is showing two grown men share a single commode and leave without flushing, naked men bathing by sharing a single soap, dozens of men peeing facing the camera and irksome romance with queers.

The performances are grotesque and even the senior-most artists in the industry fail to add a spark of brilliance. Kishore, as the director, only tries to woo the audience with comedy that can`t be even called `adult` -- only senseless.

Vennela 1 1/2 is one of the worst comedy films of recent times.