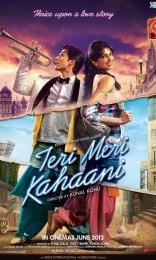 `Teri Meri Kahaani`: Uninteresting story, flat jokes
Rating:**
There are many occasions in this three-tiered love story when the two protagonists simply run out of words as the dialogue slumps into an embarrassing silence.

This, you feel, is very much in character. On paper, I am sure Teri Meri Kahaani must have seemed like a terrific 3-in-1. A sumptuous feast of role and accent transference for the charming pair. Shahid Kapoor and Priyanka Chopra are among the best talent we have today. They are versatile,confident, good-looking and simply cool. Director Kunal Kohli gives them three different love stories to sink their decalcified teeth into.

The problem starts early. None of the three stories is inspired or even interesting. The high-points in each story are so weak we don`t know when they arrive.Some of the material that has gone into telling the triple-tiered story frankly appears to be a secret joke whose punchline is known only to the writers.

For example in the segment in London 2011 Shahid and Priyanka are named Krish and Radha and the screechy girl who comes in-between them (Neha Sharma) is believe it or not, Meera.

Well, LOL to that. Krish and Radha often resort to smileys and LOLs to express their growing fondness. The smileys remain singularly isolated in their amusement. There is not a moment when we empathise with the protagonists or feel the intended flow of their love for one another. What we see are two stars trying to breathe life into a mutual affection that never quite takes off.

It gets worse.The two others stories are even less engaging. The one set in the film industry resorts to painstaking periodicity to recreate Mumbai in 1960. A tram crosses Mumbai`s heartland. To his credit the art designer tries hard to get the exteriors right. Though some of it is so shallow you feel Kunal Kohli is attempting the recreate the celluloid version of a high school play where the props are borrowed from the furniture-wali aunty`s store.

And by the way the Lata Mangeshkar-Kishore Kumar duet Likha hai tere ankhon mein from the Dev Anand starrer Teen Deviyaan which plays in the background in a street scene featuring Shahid and Prachi Desai, did not exist in 1960. It came five years later.

That brings us to the music and choreography, so essential to evoking periodicity specially when the lead pair dances so well. But getting Shahid to do Shammi Kapoor? Bad idea. Very bad idea. Shahid`s measured steps would have made Shammi LOL.

The worst story of the three is the one set in pre-Partition Punjab. It almost seems to spoof Vidhu Vinod Chopra`s 1942: A Love Story. Like Anil Kapoor in Chopra`s film, Shahid cares not a hoot about India`s independence. He cares only about love-shove. And please take the `shove`seriously. The grinning rogue likes to put it in wherever he gets space.

And we aren`t talking about his tractor.

The attempts in the pre-Partition segment to instil a sense of patriotic pride is shamefully baggy. The Gora Log are played by junior artistes whose only credential to represent British India is the colour of their skin. The patriotic Indians get to shout Vande Mataram in freshly-stitched kurtas and tops. Mercifully we are spared a re-mix.

The clothes suggest a close affinity between boutique wisdom and periodicity. And that seems to be the prevalent mood of the romance. The emotions seem to be obtained off the shelf. Priyanka and Shahid struggle hard to look deeply interested in the lines and in each other.

It`s a losing battle. There`s only so much you can do with conspicuously corny lines like, Are we like those couples who talk on the sms and online and have nothing to say when they come face to face?

Even if they are, do we care?

Just why Kunal Kohli, a director who has shown some sensitivity in handling the man-woman relationship, chose to make this film is mystery solvable only by the actors who agreed to be part of the endeavour.

Teri Meri Kahaani is an upcoming Hindi language Film.The film is a Romantic love story directed by Kunal Kohli and stars Shahid Kapoor and Priyanka Chopra who are working for the first time after the Blockbuster Kaminey.The film is set in 60s and 70s and Priyanka Chopra is playing an Actress of 60s and 70s.Both actors have four Different looks and their love story span over 100 years. 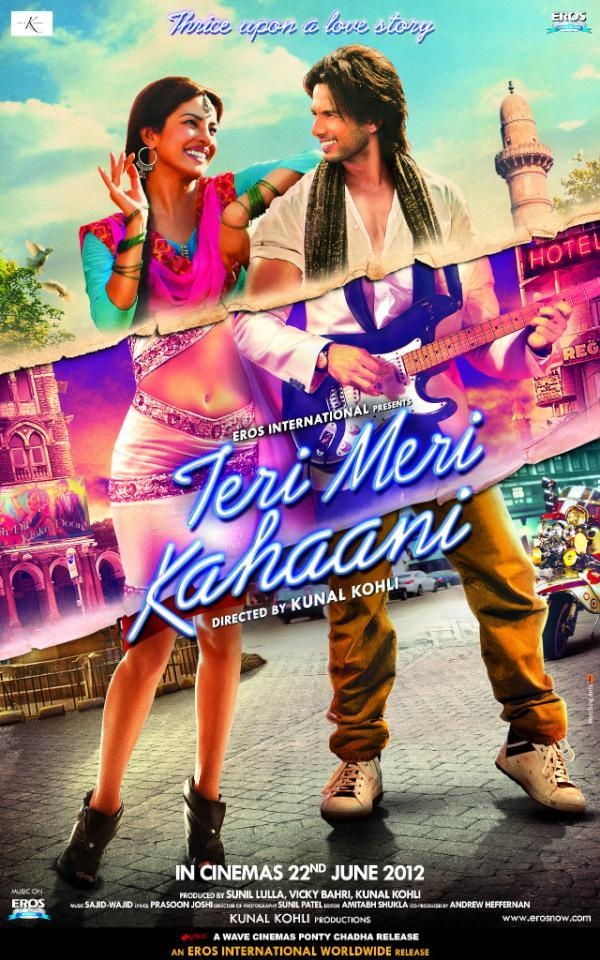 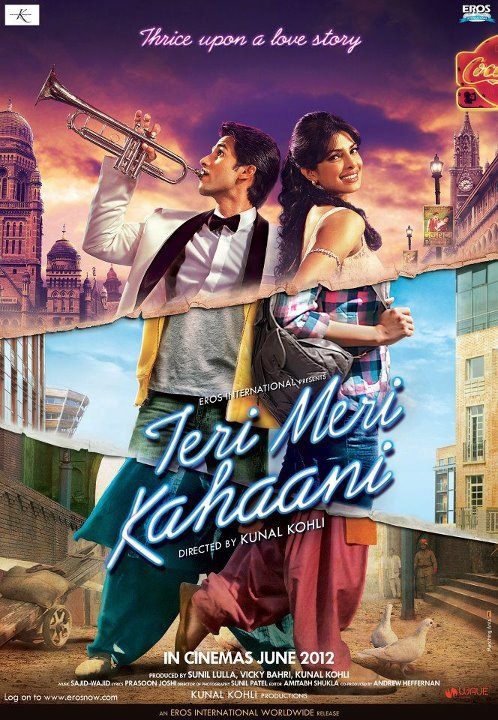