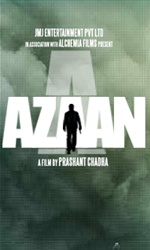 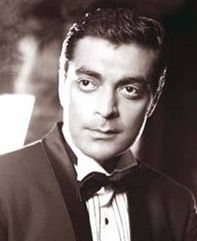 As we see rescue operations post a bombing attack being carried out in slow motion, the soundtrack goes almost inert in a show of frozen protest…And you know there and then that Aazaan has something out-of-the-ordinary to offer to the action genre.

Tackling global terrorism and Islamic isolation as seen through the eyes of a tormented Muslim secret agent, Aazaan heads towards its flaming phases of flash-points with the least amount of fuss or ostentation. The narrative knows all the sign posts.

The screenplay by Shubra Swaroop is gritty and gripping, ensuring that every episode stays a step ahead of the audiences` expectations. The characters speak a language that belongs to the world of terrorism and anti-terrorism.

And yet the spoken words in various languages including Hebrew and French do not obtrude or impinge on the harmony that the narrative creates in the discordant disembodies world of serial bombing across the world.

Explosive as the theme is, no one is here to have a blast. The most remarkable aspect of the action in Aazaan is the lack of flamboyance. The hero (debutant Sachiin Joshi, decent and modest) is a one-man army but no super-hero.

He bleeds, he hurts, he feels the lashes on his soul of a world hell bent on destroying itself. We feel him feeling all of this, partly because the screenplay doesn`t shy away from emotions when required. Men do cry. But not for long. Really, guns don`t go with violins.

There is a touching but distant story about two brothers ideologically separated by extremism in Taliban-torn Afghanistan who come together towards the end in a show of strength where the script emerges the real hero.

Post-interval the clenched tactile plot (no comic relief here) introduces a brief romance between the hero and Caucasian woman, who we are told, practices a very unusual vocation. Afreen (Candice Boucher, eye-catching) is a sand designer (not to be confused with a sound designer who does a fine job on this film).

Afreen`s little daughter could possibly save the world from a deadly viral terrorism. Don`t ask how. The action moves with quiet dexterity from Morocco to Agra. The Taj Mahal is under threat. Luckily the action genre is safe.

The merger of the themes of global terrorism and the personal demons that drive the characters beyond the edge, is achieved with a surprising lack of brouhaha. Though Aazaan is arguably the best-looking action film shot in India, it neither flaunts its resources nor takes the narrative on a world tour just for the heck of it.

Every location from Morocco to Germany to Hong Kong and Poland is shot by cinematographer Axel Fischer to stunning minimalist effect. What we are looking at is not the countries and cities that the protagonist visits. But the country of the soul where a battle rages between religious and cultural allegiances and a quest to come to terms with a civilization that needs to stop killing in the name of God.

Aazaan takes the action genre in this country to a new level of finesse and restraint. The script is layered, though not quite free of inconsistencies and of questionable moral and political tenets as it would like us to believe.

The action is implosive opting for understatement where extravagant mayhem would have been the more obvious choice. The editing (Amitabh Shukla, Humphrey Dixon) is razor-sharp. There is no room for humbug in the narrative. Every character that populates the swarming plot has a job to do. It`s done by actors who know their jobs.

The background score by Salim-Suleman and the sound design are remarkably bridled.

Debutant Sachiin Joshi knows his limitations as an actor and works way around them by playing a character who would rather be closer to realism than larger than life. The other performances particularly Aarya Babbar, Ravi Kissan and Aly Khan too are in keeping with the films less-is-more mood. But what on earth is the talented Sarita Choudhary doing in a role that looks like James Bond`s M on steroids.

As for Prashant Chadha`s direction, not for a second does it allow us to feel we`re watching a film that tells us, terrorism is not a formula for entertainment and violence is not an occasion for choreographed splendour. Style and substance come together in an explosive clasp that doesn`t give us a chance to gasp.

Aazaan is not a film which wastes time in self-congratulation after staging one more terrorist explosion. It moves on relentlessly. The world has to be saved. Self-importance is miraculously averted.

Bollywood in Dubai for 'Azaan'

Mallika Sherawat, Sohail Khan and Urvashi Sharma added glitz and glamour to the red carpet to the world premiere of "Azaan"Read More

Actor Sachiin Joshi, who is making his Bollywood debut with "Azaan", suffered a few burns while shooting a song for the movie in Mumbai last week.Read More

India is a mixed bag of contradictions and paradaoxes

A country with a tenuous hold over its people, power and future; and also one of the top 5 economies of the world. A nuclear power with staggering evels of poverty!

An emerging player in world politics, much to the surprise of the developed world and the envy of its neighbours. India has a population of 1.6 billion: its biggest curse some think and some its possible strength. What if this very population was used as a weapon against India itself?