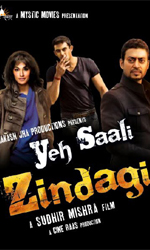 To describe the roller-coaster ride that is Yeh Saali Zindagi is to attempt to draw the picture of the Red Fort at the seaside. Every attempt to define the plot will be washed away by forces beyond our control. So let`s just say, it is an edgy and raw take on what it takes to make love, loyalty and other related illusions jell in a rapidly-mutating consumerist society like ours.

The film is set in and around Delhi`s underbelly. Mishra explores the capital`s get-rich sub-culture, revealing a flair for satire even at the most deplorable moments of reckoning. Yup, Guy Ritchie and Quentin Tarantino would approve of Mishra`s humour in the most sanguinary circumstances.

Almost every character in this foul-tongued treatise on love, lust and longing during times of gangwars, is stricken by a get-rich-quick itch, which eats into the very core of their existence, corroding their sense of propriety.

Yeh Saali Zindagi has some terribly funny moments of violence where you shock yourself by laughing at the senseless callousness of the killings. We have ruffians from in and around Delhi with thick Haryanvi accents who just gun down a man and then wonder why they killed him. In another funny sequence, a goon is asked to kill his own brother-in-law. The goon acts scandalized but instantly pulls the trigger when the price is right.

To be or not to be bad is no more the question. Being evil is fashionably acceptable.

There are hardly any reposeful moments in the narration. The breakneck storytelling replicates the restlessness of the characters. With a maestro`s adeptness, Mishra weaves two love stories into the panoramic view of crime and corruption.

While Irrfan Khan plays a man taken by surprise by the eruption of unconditional passion for a crooner who gives a damn about him, Chitrangda`s gold-digger act is a sophisticated variation of Vidya Balan`s conniving seductress in Ishqiya. Her character has been created with a sensuous vigour that very few actresses in Hindi cinema can boast of.

But Yeh Saali Zindagi is not a film that invites you to watch the characters` perform. It instead spreads the characters out in a wide, unmanageable net of indeterminate purpose but definite motivations. Get rich, fast, is the magic mantra.

Arunodoy Singh, as the tough Delhi jail-bird Kuldeep, exudes the scent of self-destructive aspirations. Not surprisingly Arunodoy`s character is constantly running through crowded marketplaces and congested roads of Old Delhi, pursuing his angry and defiant wife (Aditi Rao Hydari). Arunodoy furnishes this love story with a perspirational passion, a far cry from his uncomfortable presence in the Aisha.

Chitrangda plays the part-time crooner, full-time wealth-chaser with a robust but feminine cunning. She is a temptress, a fighter and packs a punch into her oomph. And when she finally surrenders to the overpowering devotion of Irrfan`s character, she transforms into a woman with a conscience.

The conscience is a scarce commodity in Mishra`s films. The characters are wild, boorish misfits who probably bathe once every week and go to the temple only to steal the deity`s jewellery. Indeed gangsterism acquires an extended sense of humour in Yeh Saali Zindagi. But one wishes the film had gone easy on the expletives and profanities.

But it`s Irrfan Khan who leaves the deepest wound on the bloodied face of this savagely funny film. He is able to put across all the turmoil and confusions of an otherwise-hard-headed man who can`t understand his burst of passion for a woman of dubious means and even more dubious morals.

Yes, the narrative meanders. We often don`t know what it`s looking for. Just like the characters who are lost in a labyrinth of kidnapping, embezzlement and sex. The people in Mishra`s movie are forever seeking self-gratification through means that are quite outrageous from the outside though perfectly explicable from the perspective of the perpetrators.

Yeh Saali Zindagi is like of those nightmares that you have probably seen on a feverish night. The acts of injustice perpetrated by the characters nowhere suggests that they are compelled by circumstances to act as criminals. These people just can`t help being bad.

Brutal, savage, funny and violent, Yeh Saali Zindagi is not for the weak-hearted.

Filmmaker Sudhir Mishra is unhappy with the portrayal of villains in films and says the good vs evil fight has caused great harm."Bad films cause great harm when they portray villians only as foul mouthed, sneering, lecherous types. Real villians are often sweet talking, humorous,family men who commit unspeakable acts of horror when threatened," Mishra tweeted on Saturday morning. Read More

Arun (Irrfan Khan) has to save Priti (Chitrangda Singh) the woman he loves, but for that he first has to save the man Priti loves Shyam, the future son in law of a powerful Minister. Meanwhile, time is running out for Kuldeep (Arunoday Singh), the young gangster who is on his last job as his wife is threatening to walk out on him completely, and he begins to suspect she is leaving him to go into the arms of another man. The job has gone haywire for it is still unknown to Kuldeep that the Ministers daughter`s engagement with Shyam is off and now she doesn`t care whether Shyam lives or dies and more importantly neither does the Minister who Kuldeep hoped would pay the ransom!

Priti finds herself inextricably caught in this mess and Arun has to save her life. But for that he has to risk everything, and put his own life at stake, he wonders why he should do it at all, if she still loves another man. He`s torn, but love knows no reason. Meanwhile Shyam is trying to make deals in captivity, and his goodness only seems superficial and as Kuldeep tries desperately to save his situation, there are dons coming from Bangkok, who have their own plans.

The film rides a roller coaster towards a shattering climax, where all the players have to fend for their lives and loves. Who gets the girl, and who gets the money, and who escapes by the skin of his teeth, is now anybody`s guess. But hold on, there are still jokers in the pack, and aces up some sleeves. 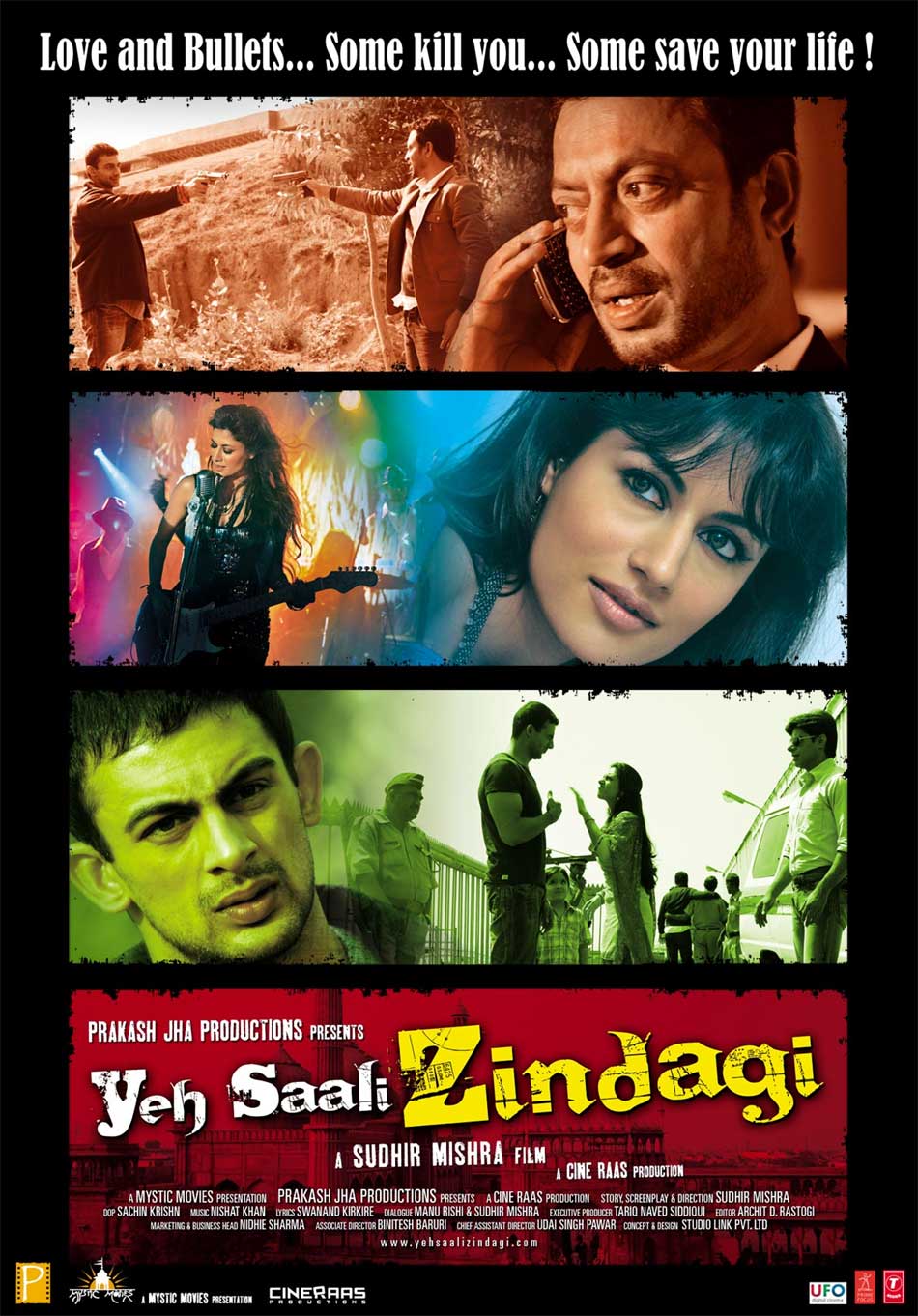 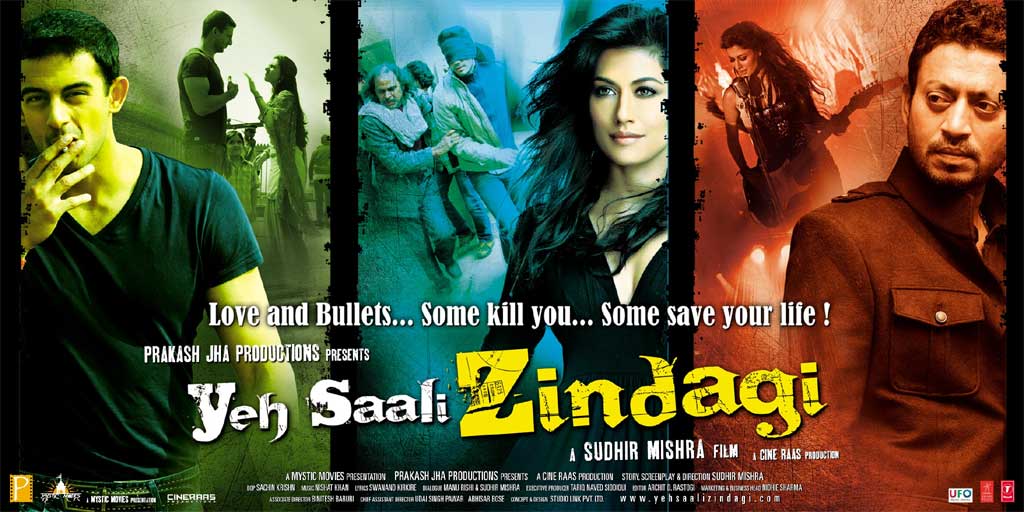 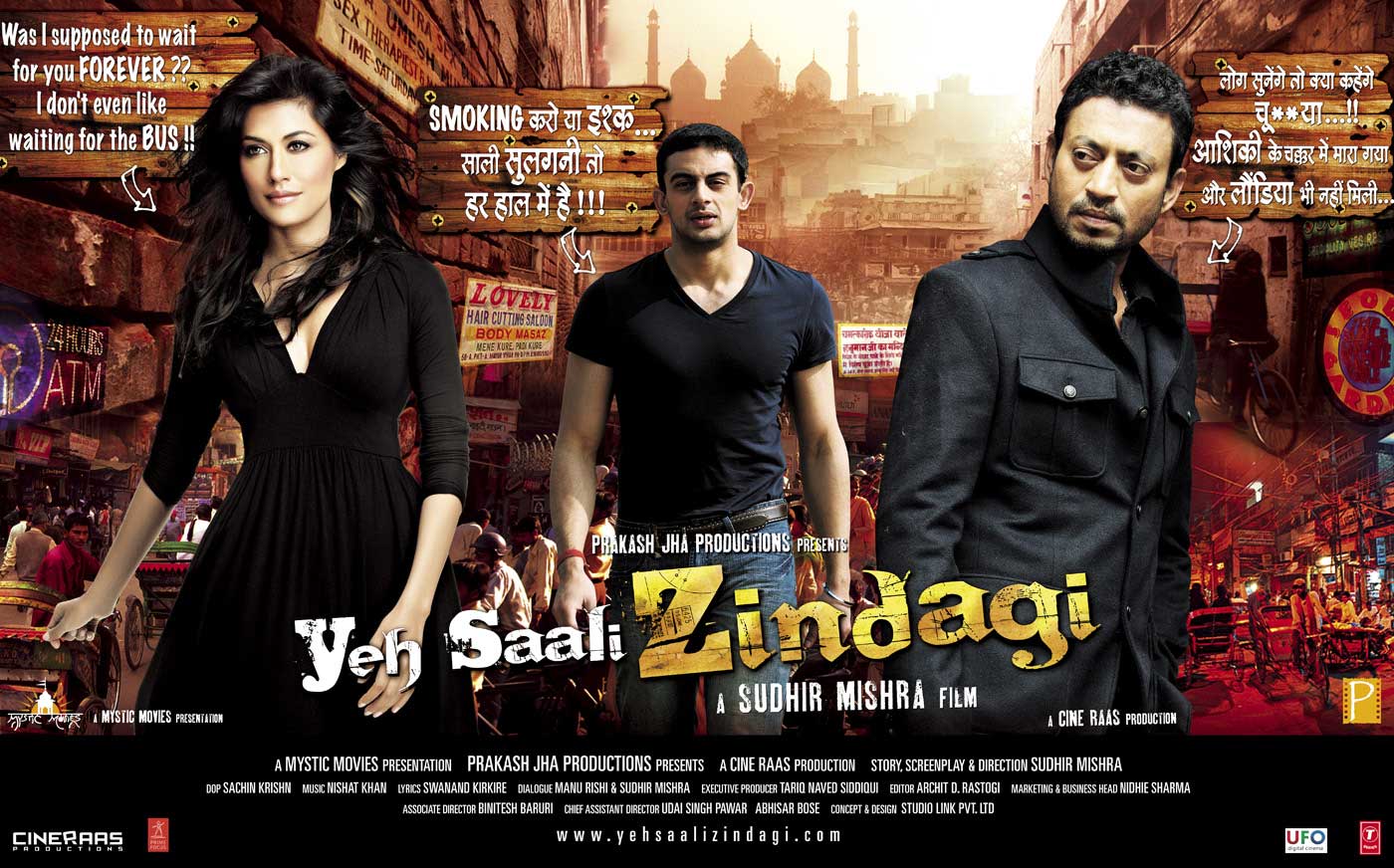 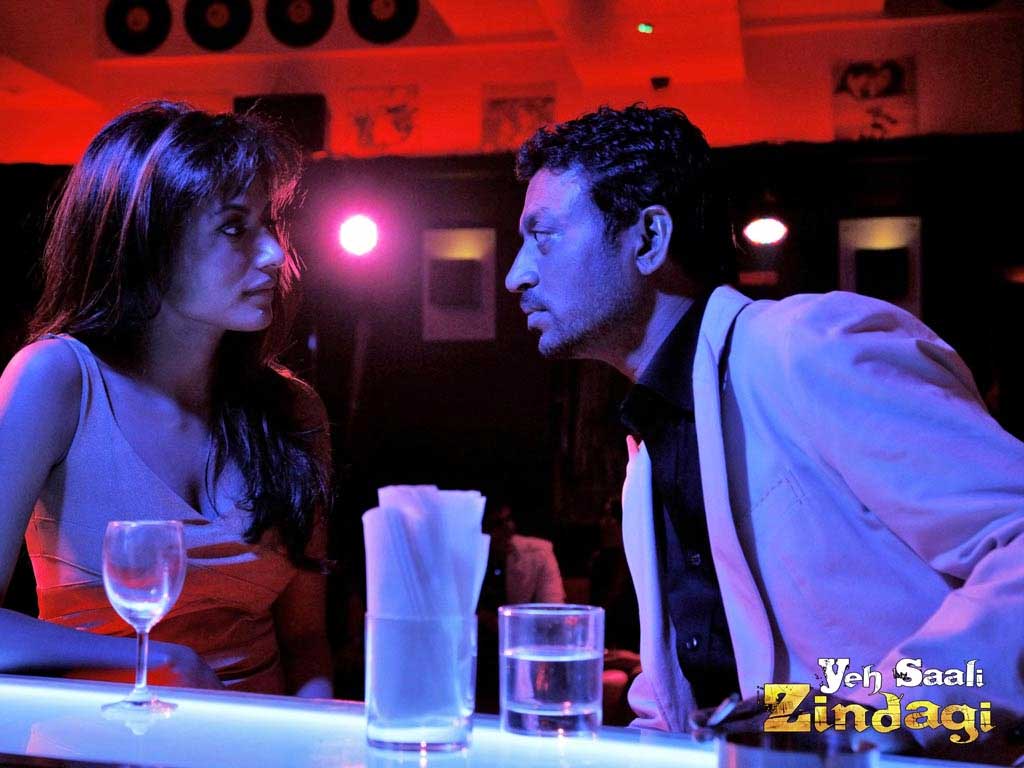 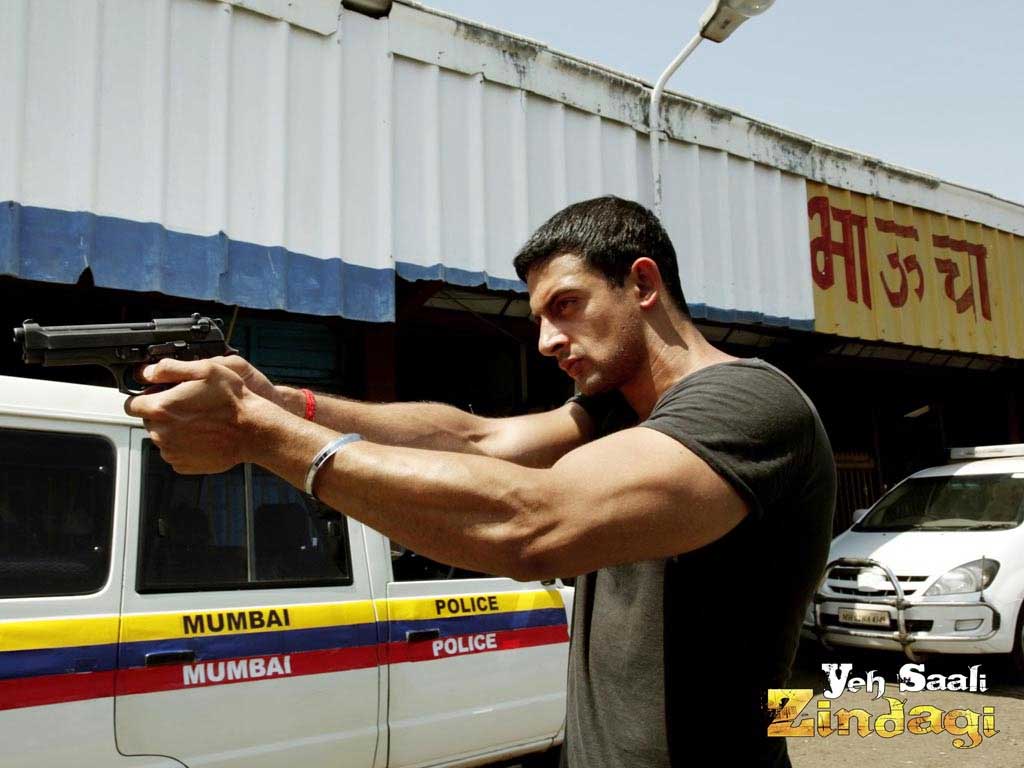 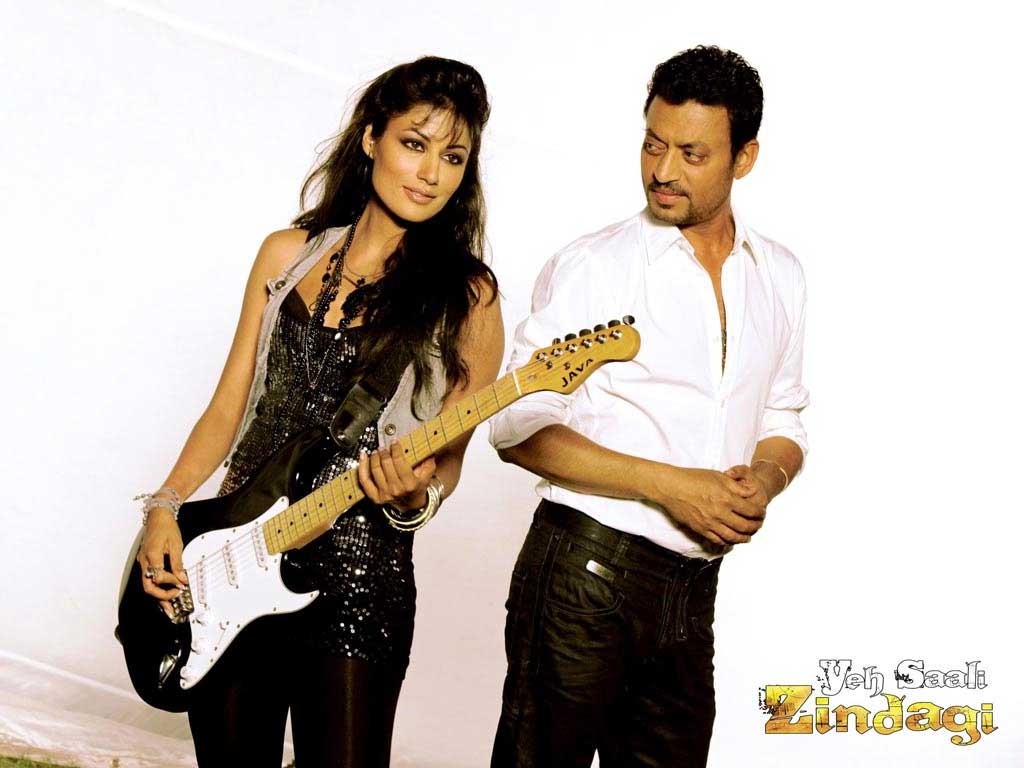 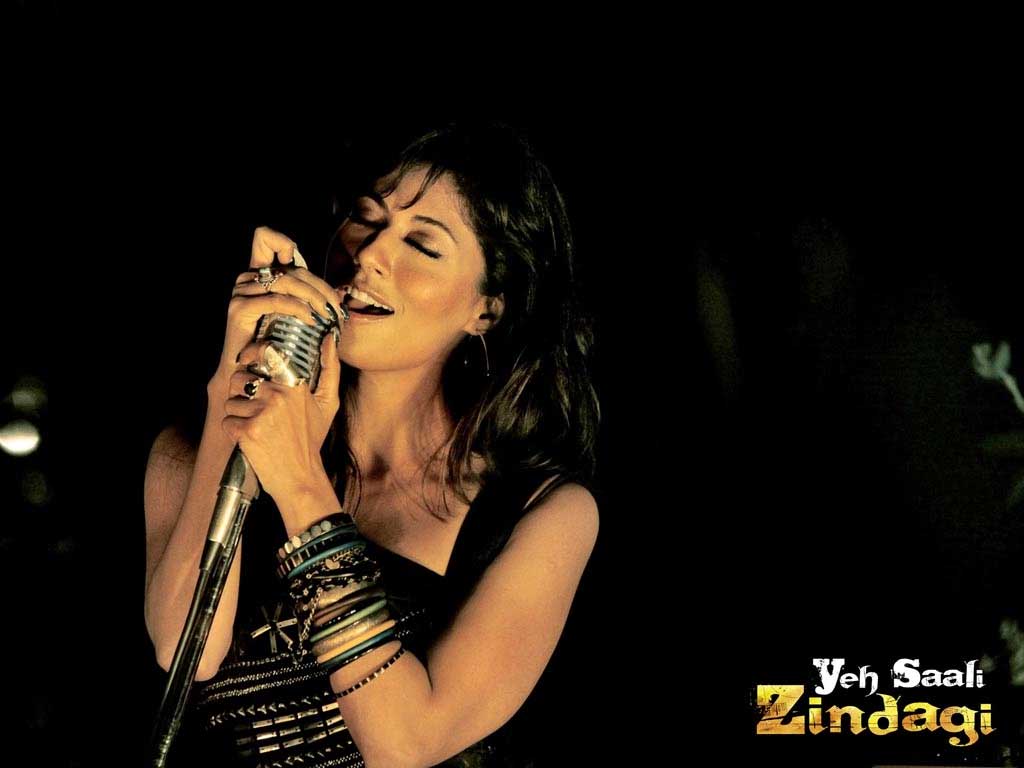 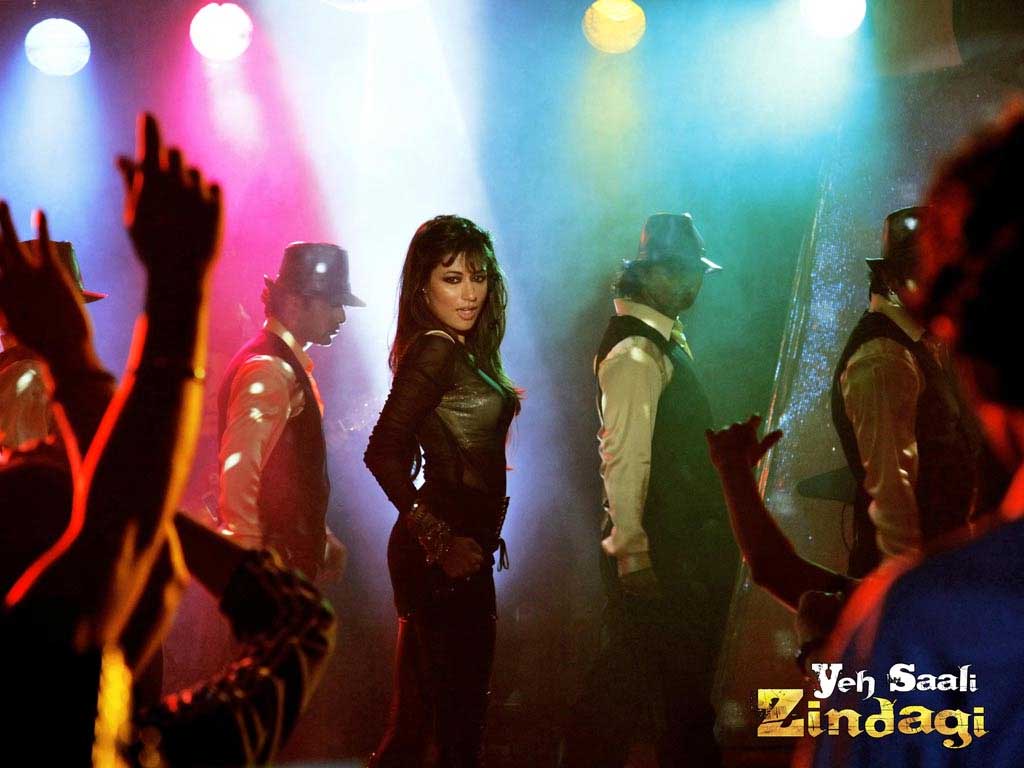 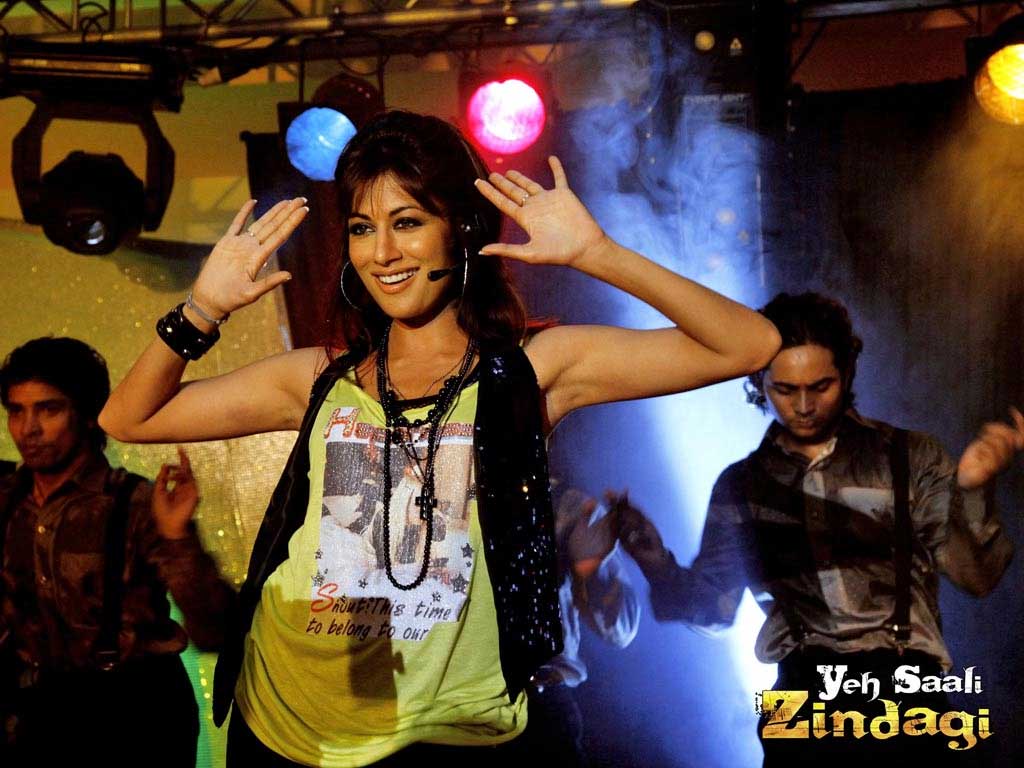 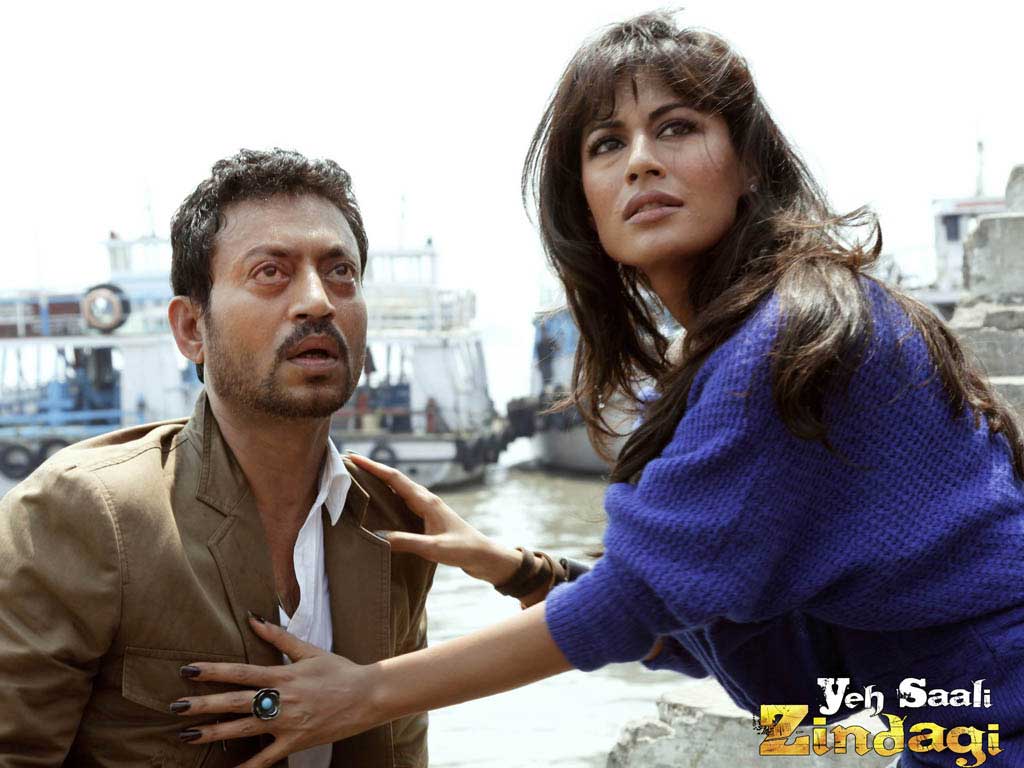 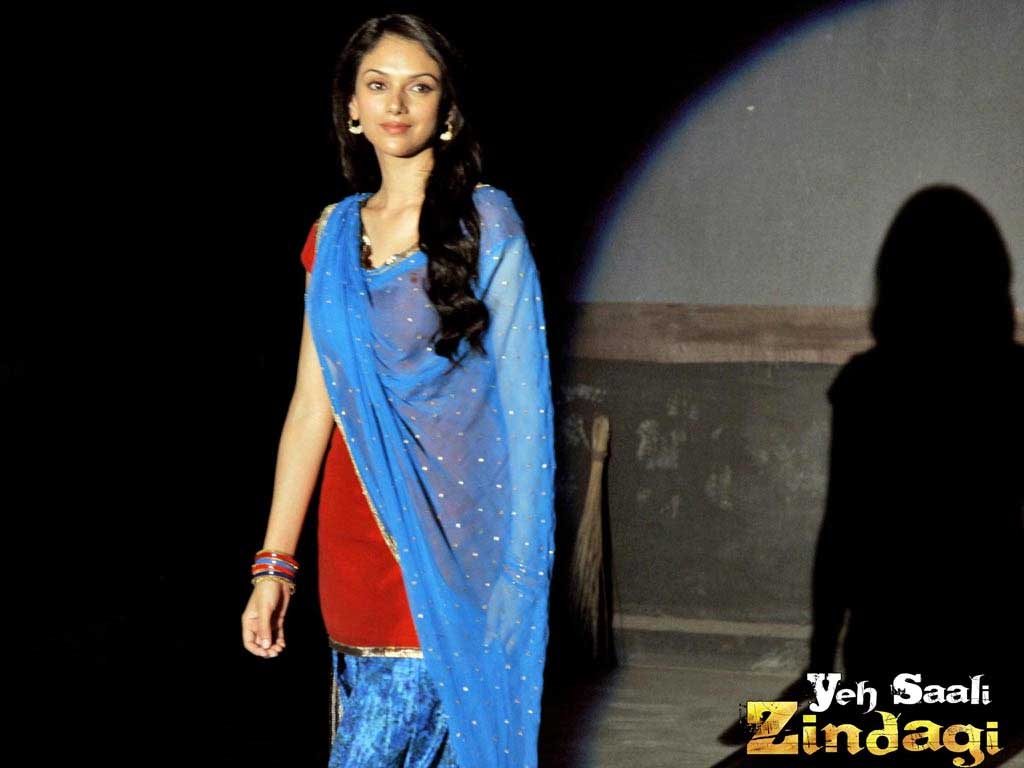 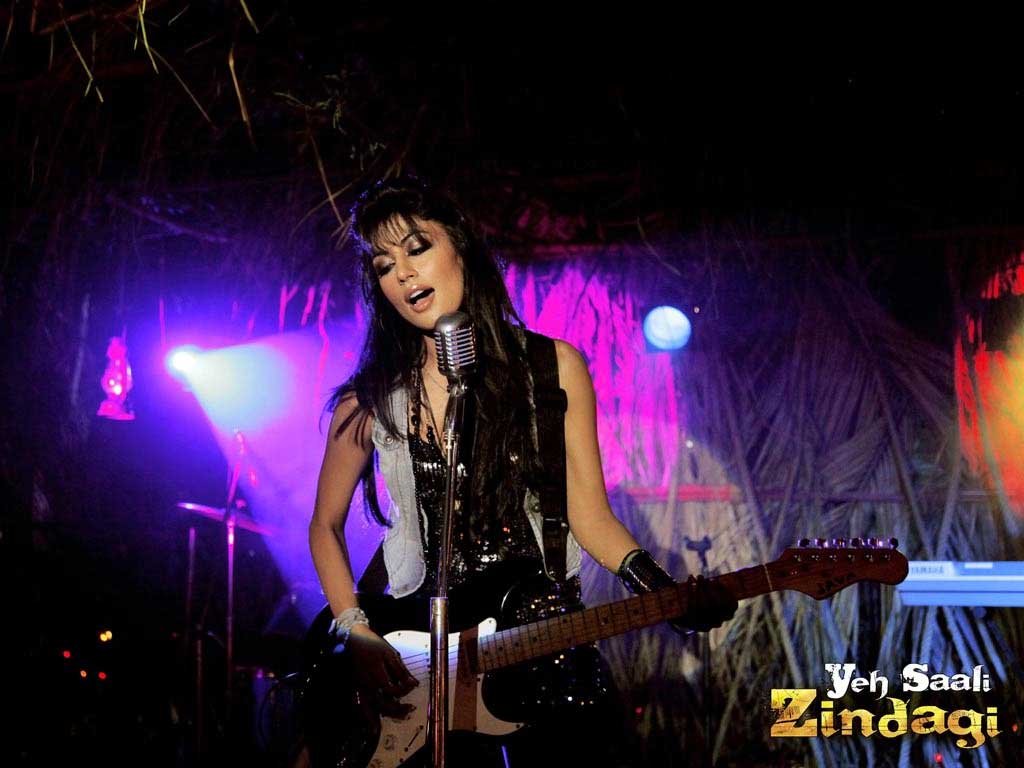 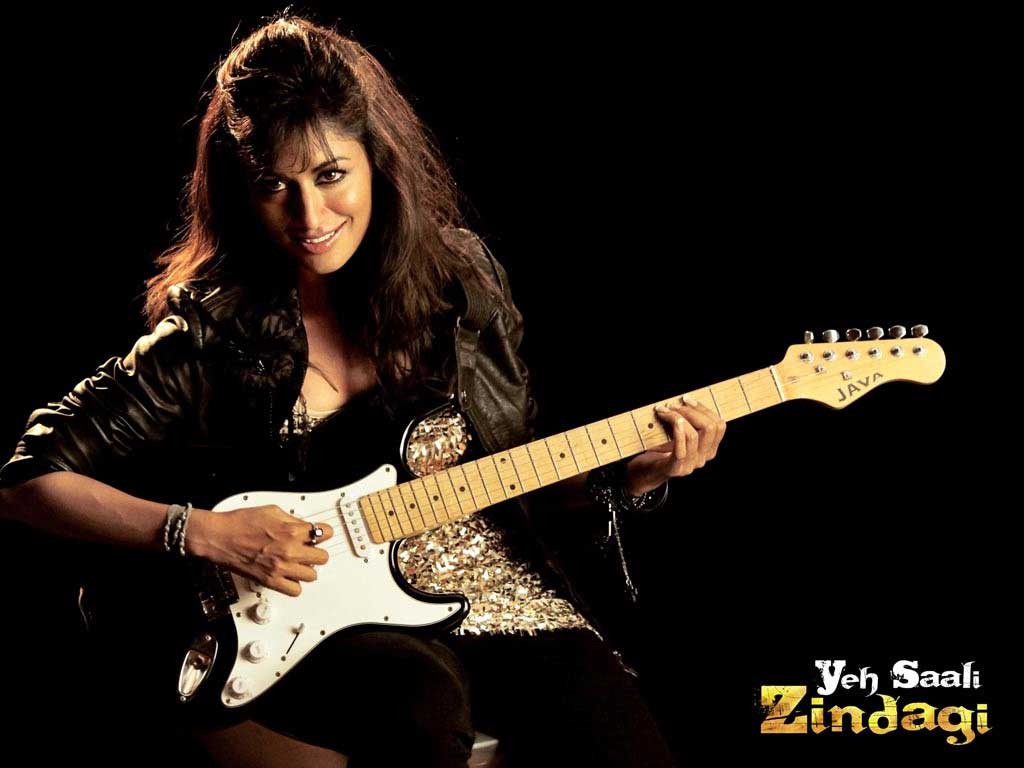