Have you ever wondered what they mean when they talk about the chemistry between a screen pair? Watch this delightful ode to the great Indian wedding and it will solve the mystery for keeps.

The super-accomplished Anushka Sharma and debutant Ranveer Singh, quite easily the discovery of the year, whip up a wondrous camaraderie in scenes written with such skill and craft in the film, set in the backdrop of weddings-sheddings in the heart of "Nayee Dilli".

"Band Baaja Baaraat" is an utterly joyous and enjoyable look-see at the world of Punjabi weddings in Delhi as seen through the eyes of two wedding planners, partners in business Shruti and Bittu, who have sworn from Day 1 never to get involved with one another.

`Pyar` (love) and `Vyapaar` (business) just don`t jell. The couple keeps telling one another. But are the gods listening? The skilfully-written rom-com takes the no-holds-barred pair`s relationship through a lavish labyrinth of shaadi replete with Bhangra tracks (Salim-Suleiman) that provoke your heart and feet to jump up and dance.

Outwardly, the film looks like Mira Nair`s "Monsoon Wedding" put into a maze of wedding festivities that seem to meander from one joyous jig to another until we come to a point where we ask in unison…now what?

With a smoothness of touch that shows the hand of a writer who knows his job thoroughly, full marks to the dialogue and screenwriter Habib Faizal, "Band Baaja..." changes the profile of Shruti-Buttu`s relationship midway.

What remains unchanged is that sense of joie de vivre which comes to a film on that rare occasion when the writer and director know where they`re going and how to take the characters there without giving away the signposts to the audience.

Delhi - the city of bustling streets, speeding auto-rickshaws, and restive bus stops - has never been more vibrant and alive in any other recent film. Aseem Mishra`s camera penetrates the heart of the capital and the souls of its two unforgettable protagonists.

Unlike Yashraj Films` "Bunty and Babli" some years ago, Bittu and Shruti are fooling no one except themselves.

What does one say about the two principal performers without tripping over with the excitement of being in the midst of remarkable talent?

With just three films, Anushka Sharma has grown into one of the most watchable and eloquent contemporary actresses. To the role of the spirited Shruti Anushka, she adds the kind of spice that one associates with Kajol and Rani Mukherjee.

In two key sequences with Ranveer Singh - where she conceals her true feelings and much later lets them all out in a tumble of smirking hurt - Anushka blows the screen apart.

As for Ranveer, he sinks his teeth into Bittu`s part with a self-confidence that comes to actors after at least 10 full-fledged films. And that too if they are gifted. Here`s a new talent in a film industry dominated by jaded superstars.

Ranveer`s spirited screen presence and quick-silver comic timing makes the older stars look old, if not outdated. In the climax where he calls himself an ass for denying his feelings, Ranveer is a revelation. Go for this newcomer, producers, he will soon be booked for the next three years.

The supporting players are largely unexposed artistes. They add to that sense of feisty freshness that runs across the film.

Bravo, Yashraj for bringing such exceptional new talent to our cinema. Bravo, debutant director Maneesh Sharma for taking us through the organised chaos of traditional weddings in movements of pure pleasure and enjoyment that communicate themselves to the audience.

Hours after watching the film, I`ve still not stopped smiling.

Actor Ranveer Singh, who has already finished the shooting of Zoya Akhtar's "Gully Boy", says that he is really attached to the story of the film.Ranveer was interacting with media as he unveiled Carrera eyewear's #DriveYourStory campaign and premiere of short film based on his life journey on Wednesday, here.Talking about his upcoming films in detail, Ranveer said: "I have just completed shooting of 'Gully Boy'. It is a very special story, one that I am closely attached to.Read More

After wrapping up the shoot of Zoya Akhtar's "Gully Boy", Ranveer Singh is now gearing up for Rohit Shetty's "Simmba". He will be starting the shooting in a month's time.Interacting with the media, Ranveer unveiled Carrera eyewear's #DriveYourStory campaign and premiered a short film based on his life's journey on Wednesday here.Read More

Shruti (Anushka Sharma) is a 20-something no-nonsense girl from a middle class Delhi household. Focused and determined with preplanned ambitions, her goals in life are well laid out by the time she reaches her final year of college.

Bittoo (Ranveer Singh), on the other hand, has no real aim in life. As a final year college student of Delhi University, he whiles away his life having fun with his buddies, barely scraping through his exams.

A chance and inopportune meeting (or as you would call it, fate) brings the two of them together on a tumultuous journey where they become partners in their very own, Wedding planning ka bijness. The rules however, are clear: Jisse vyapaar karo, usse kabhi na pyaar karo (Don`t mix business with pleasure).

Together, their friendship and business, enters the ups and downs of the lavish Delhi weddings. And while trying to find themselves, Shruti and Bittoo discover each other and realize that in the course of their journey, unke khud ke rules ki bajegi band!

Directed by Maneesh Sharma and produced by Aditya Chopra, the film releases worldwide on 10th December 2010. 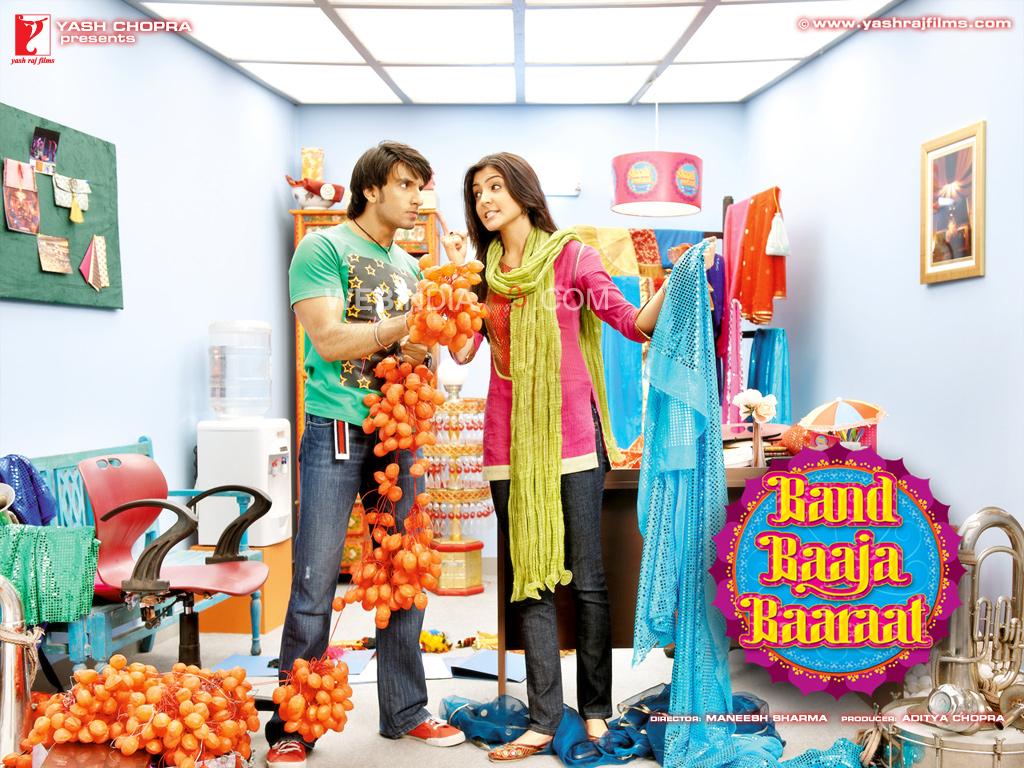 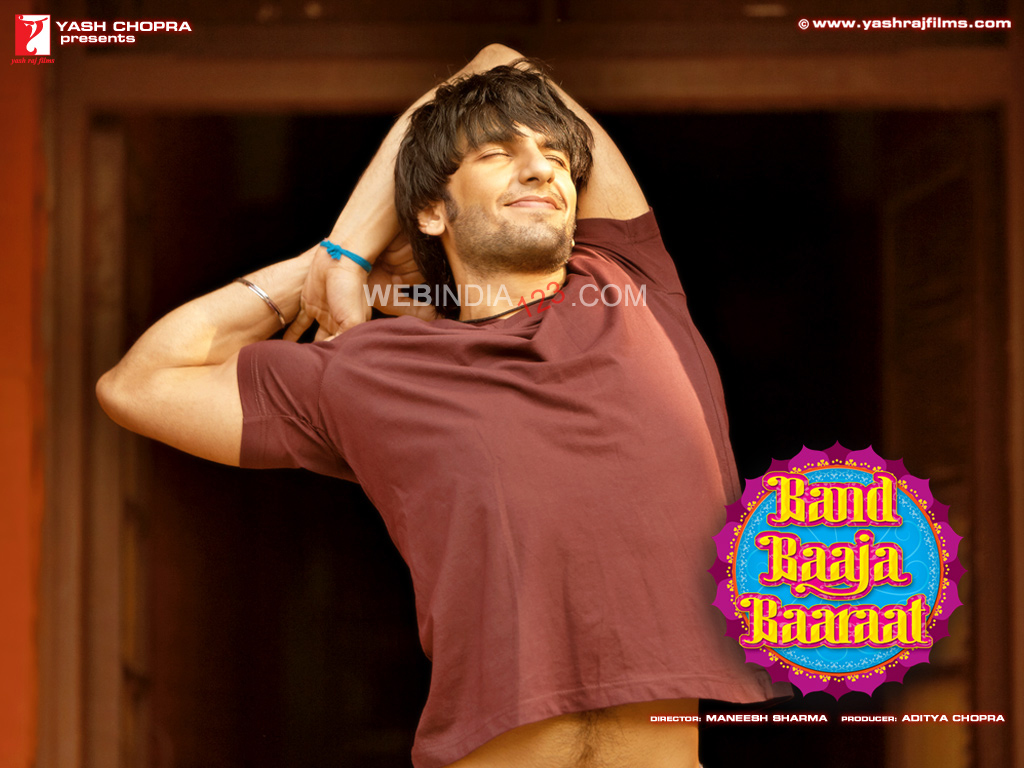 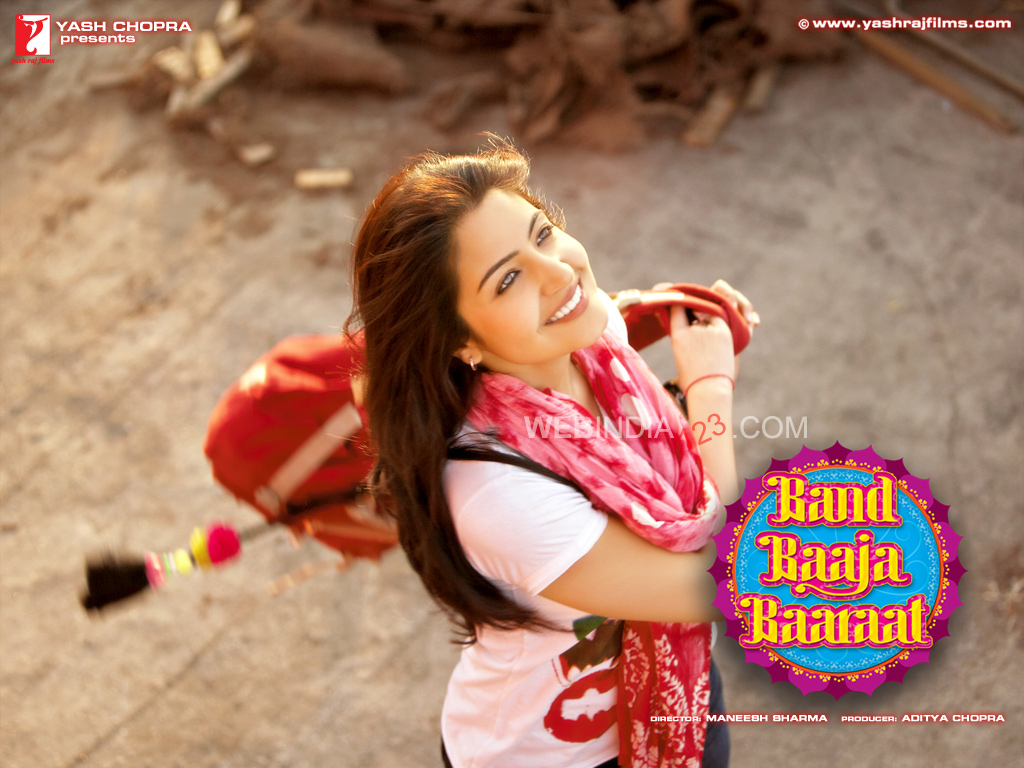 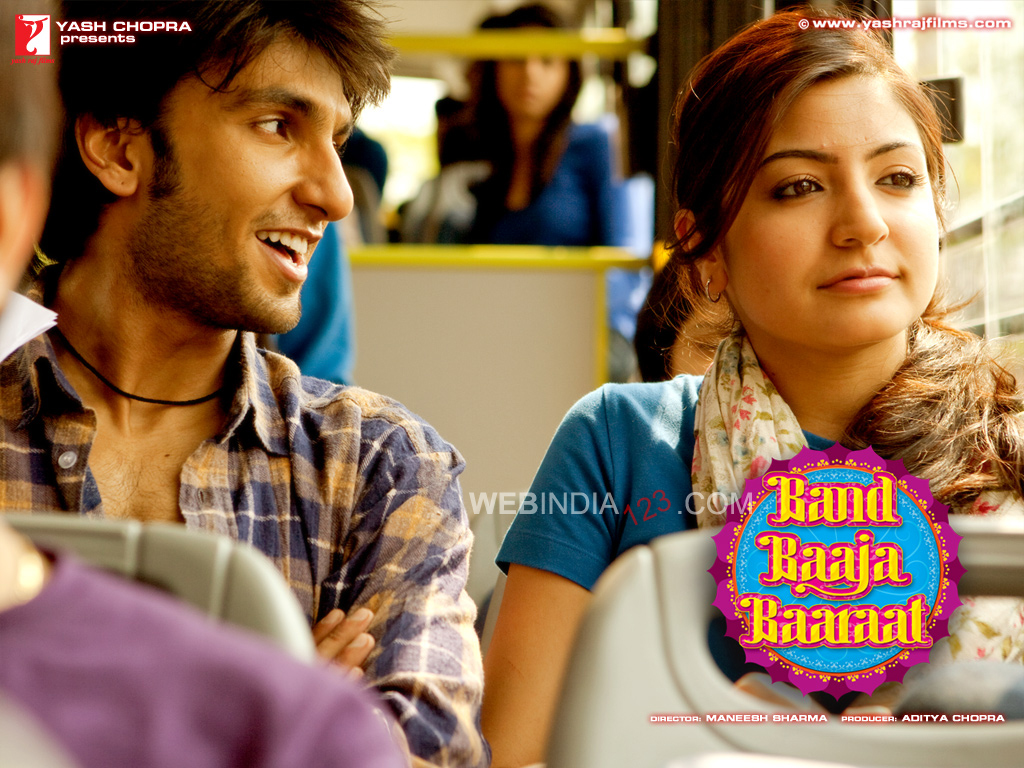 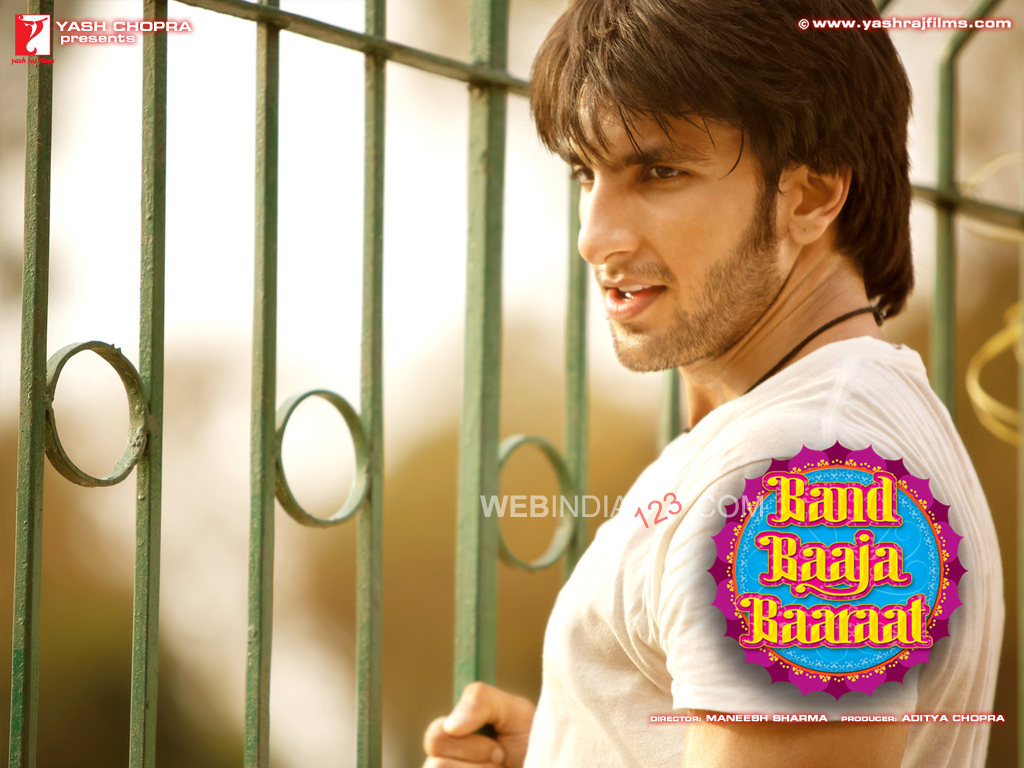 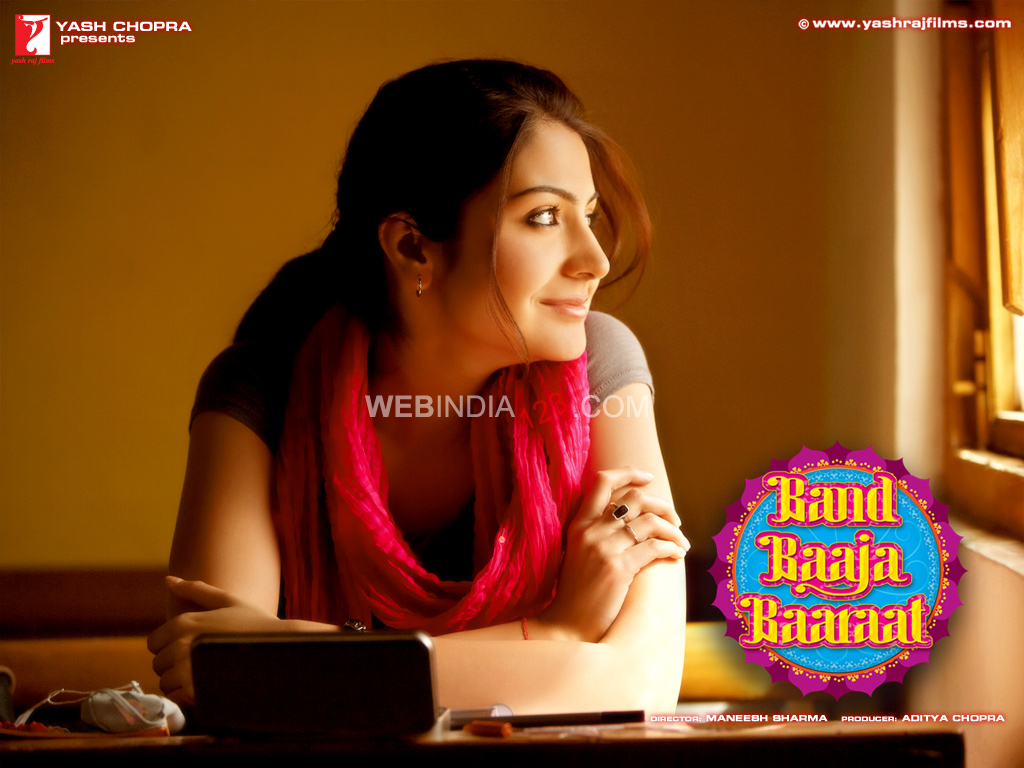 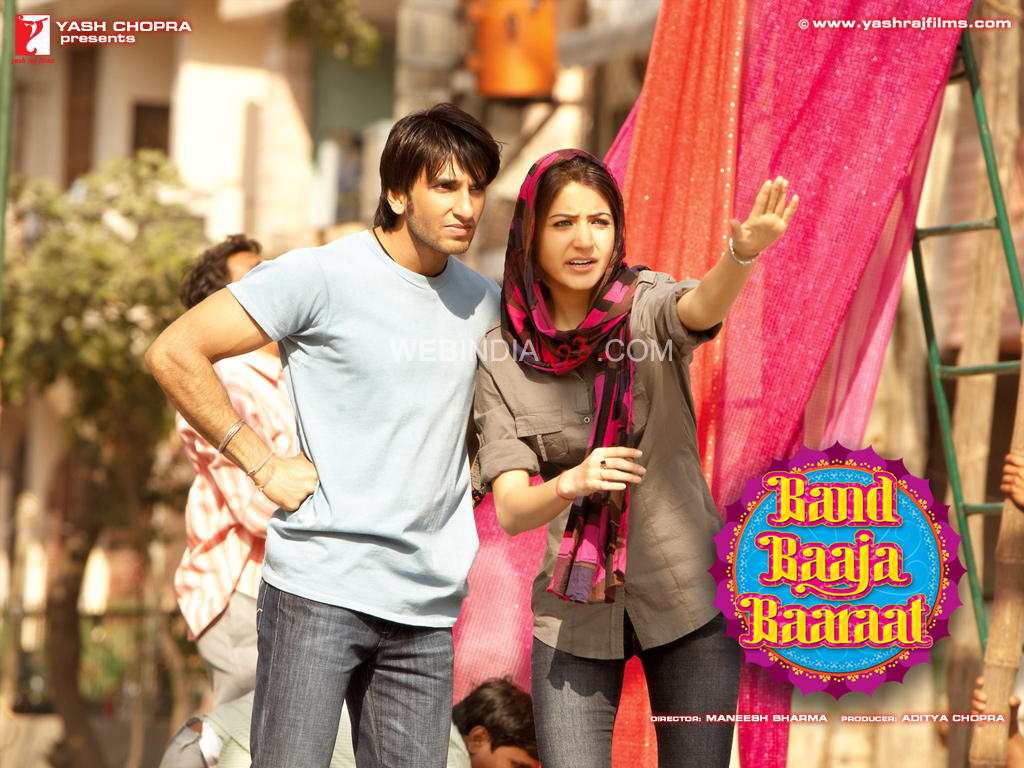 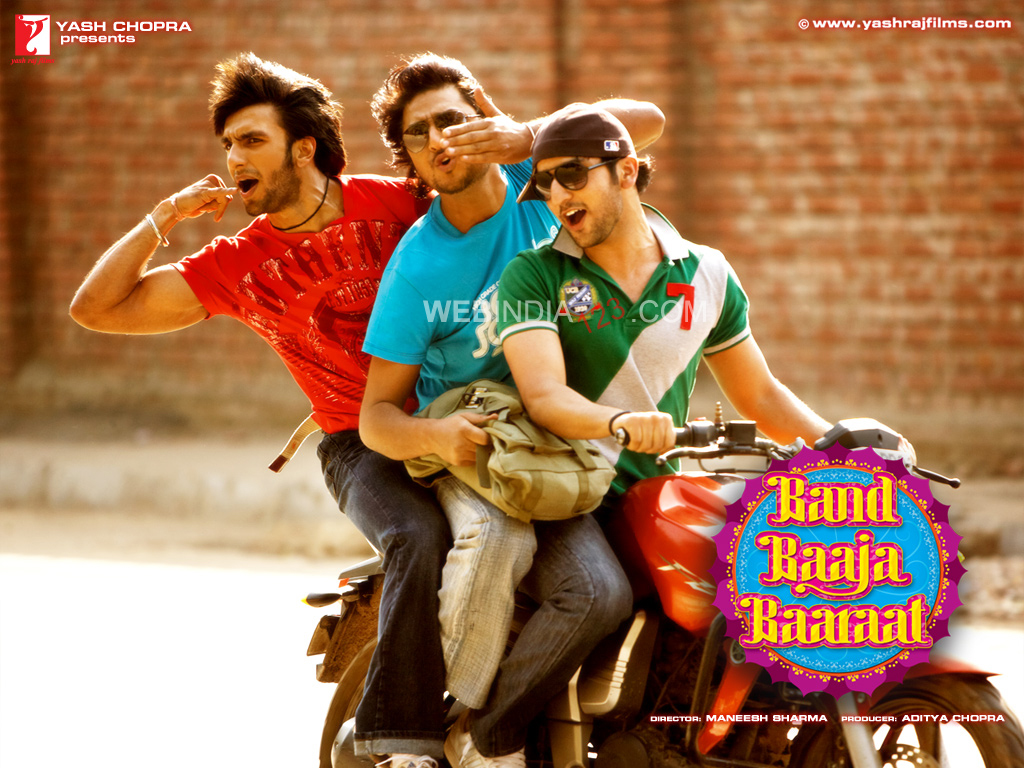 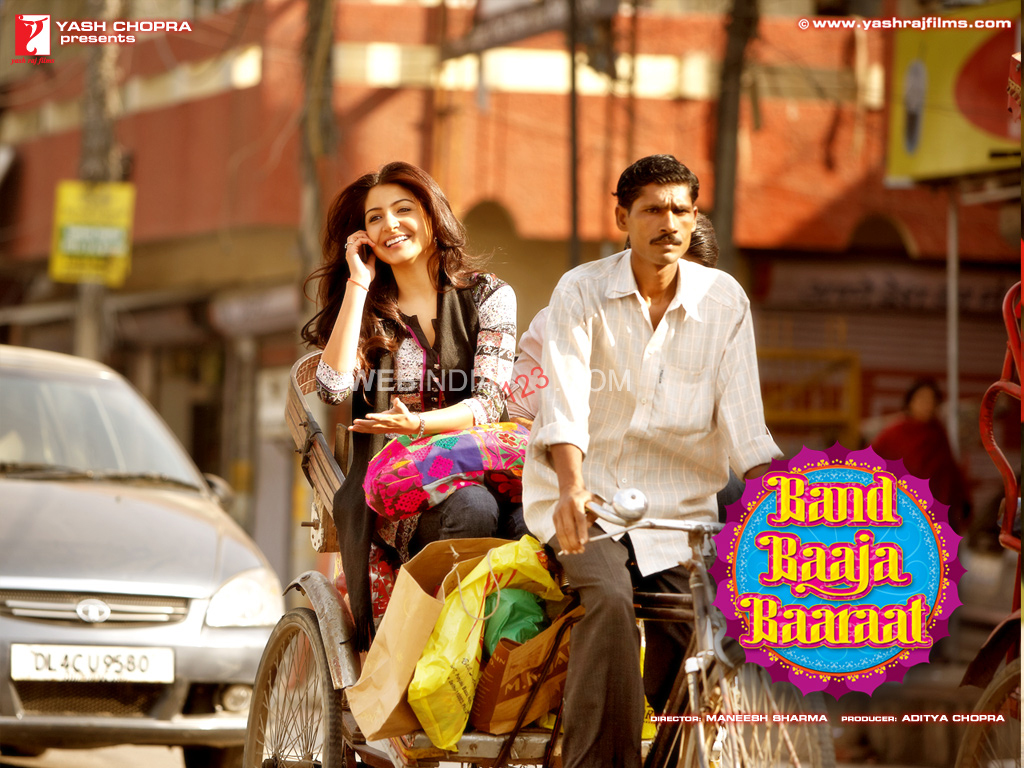 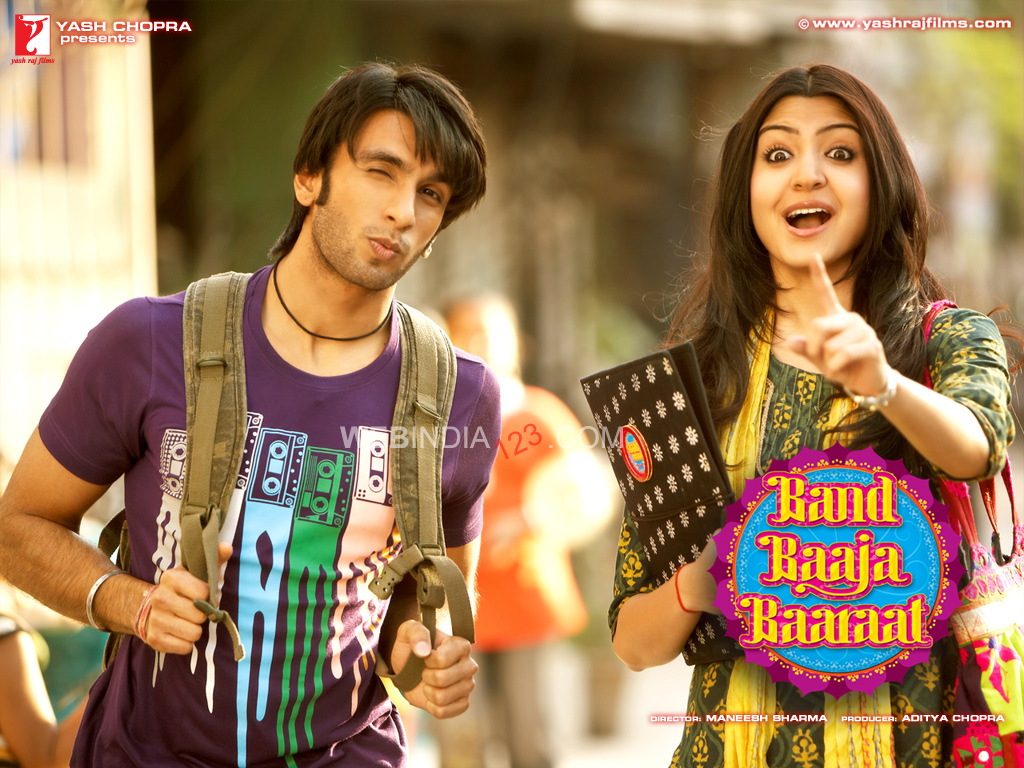 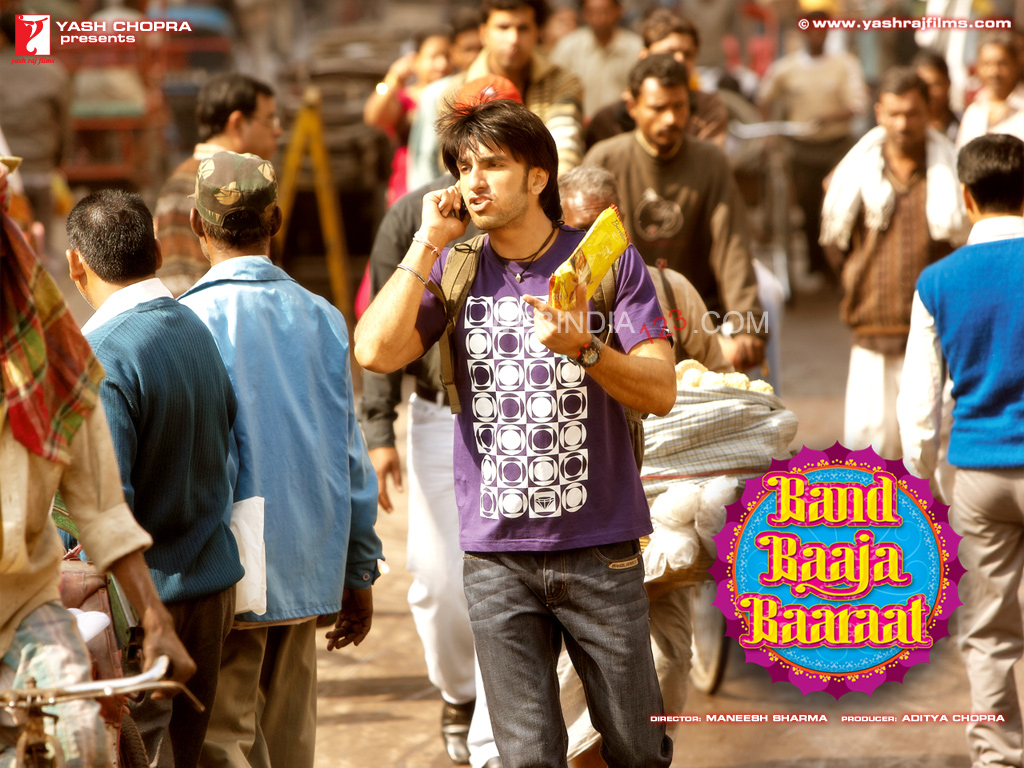 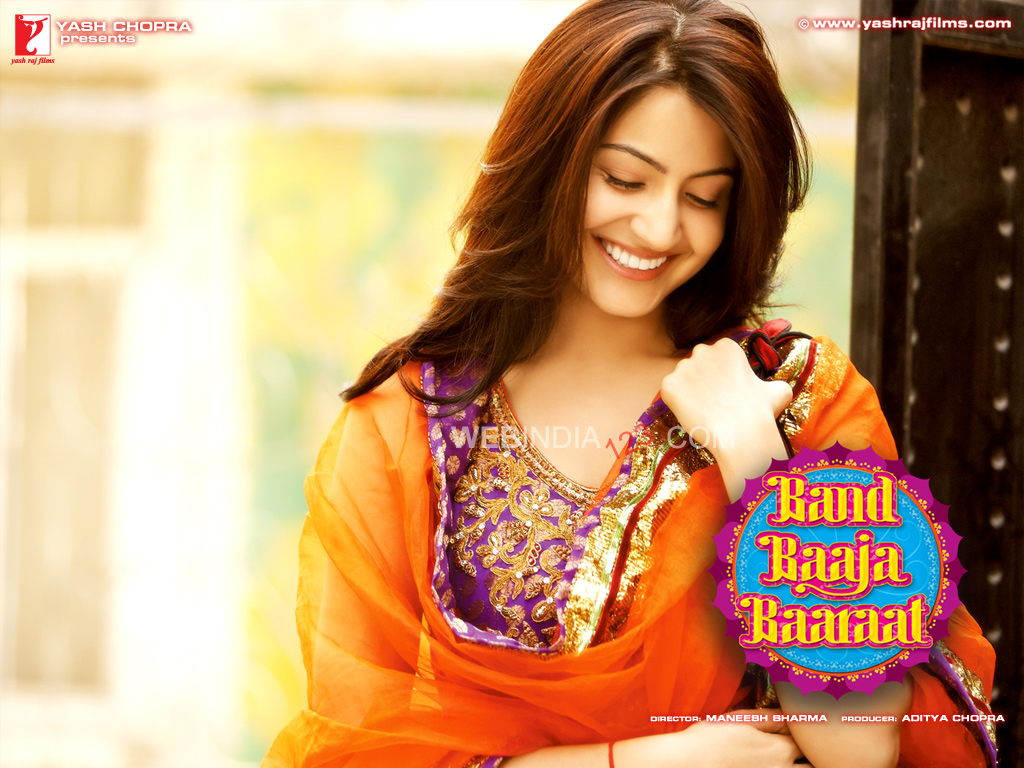 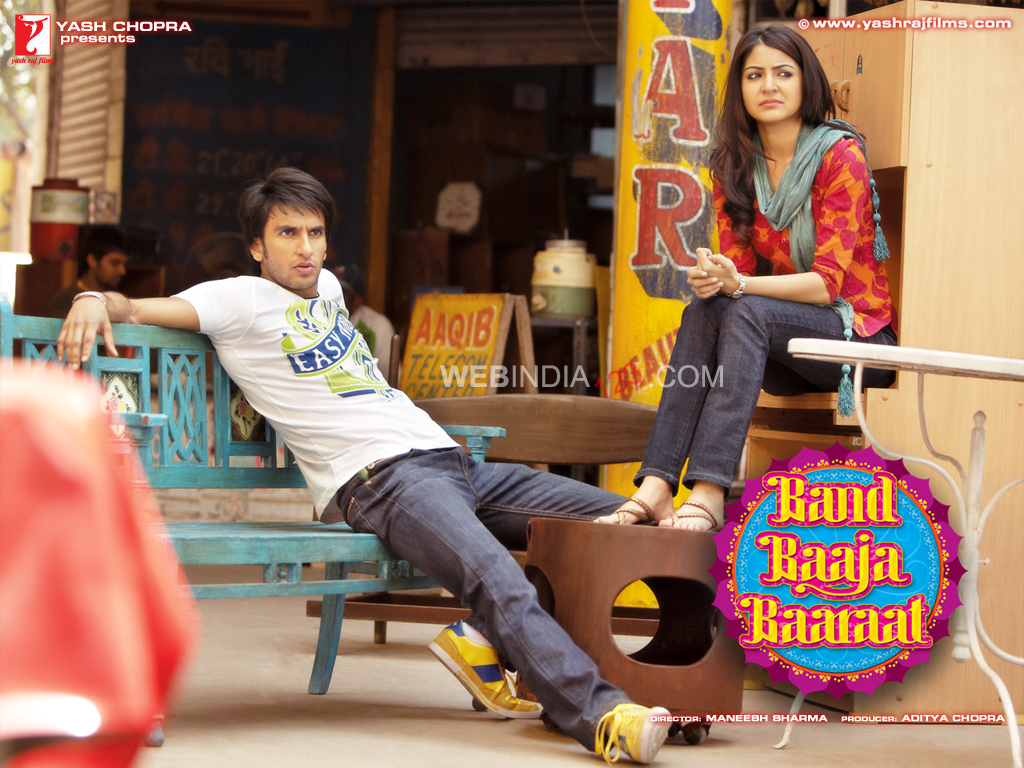 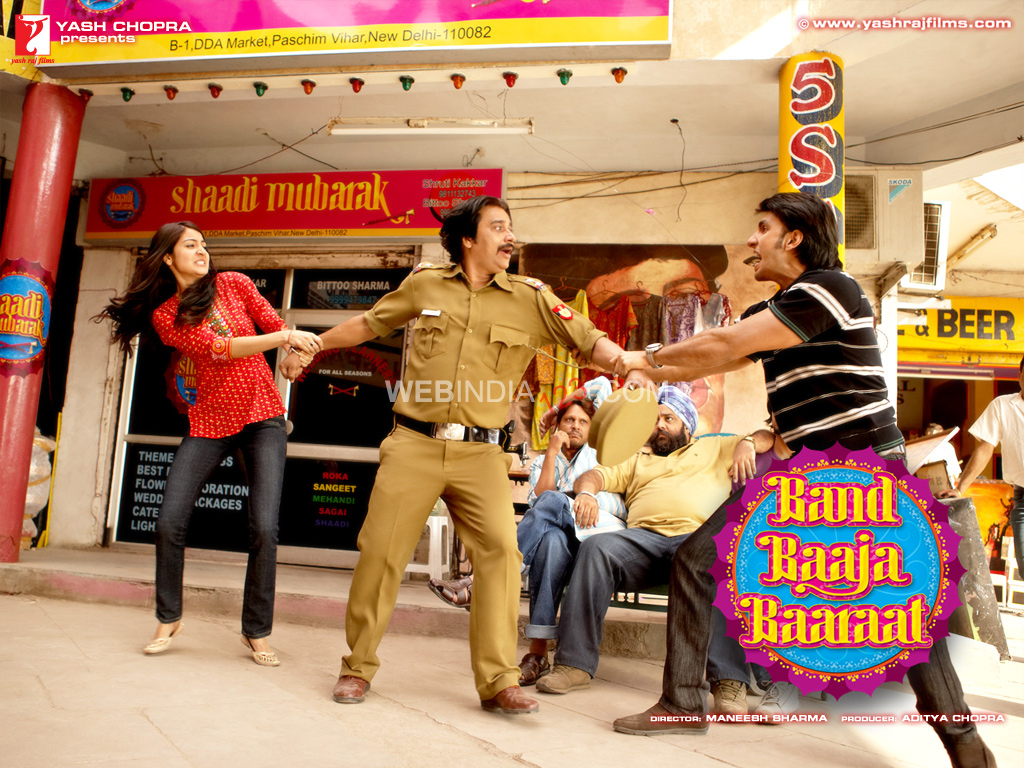 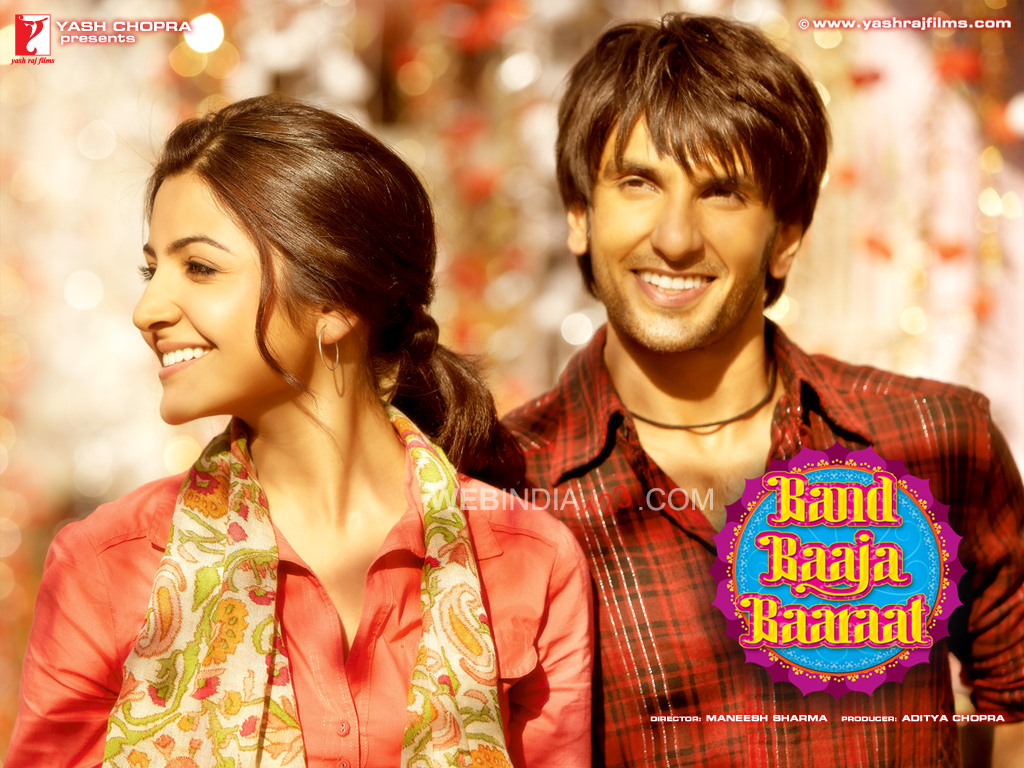