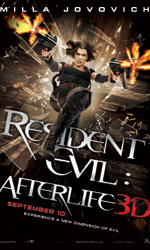 Milla Jovovich returns as Alice, the one-woman-army mutant slayer, in "Resident Evil: Afterlife". People in a futuristic world have been infected with a virus that not only turns them into zombies, but also inspires them to spread it and eat normal humans. The result, almost the entire world is now full of them.

If only the virus had inspired the filmmakers to churn out a better plot and story.

Searching for `humanity` amidst the ruin is Alice. And she does find them, and also finds Arcadia, seemingly the only virus-free place in the planet. But unknown to her is the fact that Umbrella Corporation, which started it all, still survives and it will do anything to ensure that humanity does not survive.

The analogy of the series is good -- that profit-seeking corporations will go to any extent to make profits, even destroy the planet in the process. However, the execution of this video game-inspired series has not been up to the mark.

The latest instalment ends up becoming an exercise in 3D experimentation. Its action is heavily inspired by the "Matrix" trilogy. So you have bullet time, two women crashing through the panes of a building while shooting and a fight in a building lobby with gunshots shattering walls. The only difference here is that it`s in your face -- courtesy 3D.

The few scares are also run-of-the-mill, as is the plot, acting of the cast and direction of Paul W.S. Anderson, who also directed the first part. Even the little dignity and tension of his earlier directorial venture "Death Race" is missing.

A dystopian setting as in this film needs a dystopian story and good direction for it to hold ground. Sadly, "Resident Evil" offers neither, and is but a special effects ride.

There`s still a long time indeed before Hollywood understands 3D and uses it to back a good story, rather than to use it to hide a bad one.

The fourth installment of the hugely successful RESIDENT EVIL franchise, RESIDENT EVIL: AFTERLIFE is again based on the wildly popular video game series, and will this time be presented in 3-D.

In a world ravaged by a virus infection, turning its victims into the Undead, ALICE (Milla Jovovich), continues on her journey to find survivors and lead them to safety. Her deadly battle with the Umbrella Corporation reaches new heights, but Alice gets some unexpected help from an old friend. A new lead that promises a safe haven from the Undead takes them to Los Angeles, but when they arrive the city is overrun by thousands of Undead - and Alice and her comrades are about to step into a deadly trap. 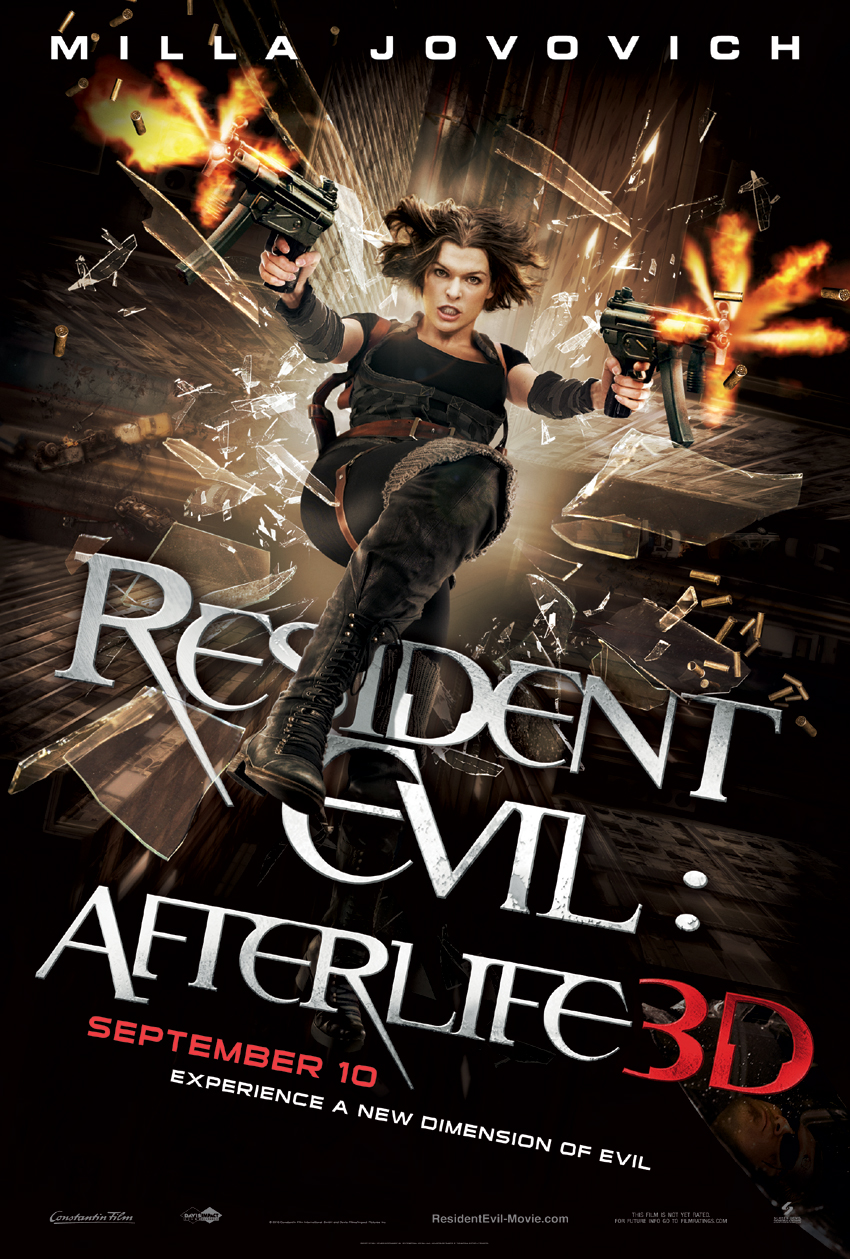