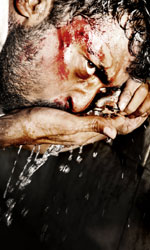 Ram Gopal Varma`s Rakta Charitra is arguably the most violent Indian film ever made. Human beings get their heads crushed in sugarcane grinders (this sequence comes long before Darshan Zariwala playing a contented cop, sucks benignly on a piece of sugarcane), heads are crushed with large boulders (easy enough, considering the film is shot on rugged rocky terrain), legs and hands are chopped off with sickles and hatchets… In brief, human life seems to be snuffed purely for anarchic purposes.

The violence in Varma`s new film could be considered overpowering in another context. Not here. Not this time. Violent tension is the crux and the core spirit of Rakta Charitra. You cannot take away the arms from the man, unless it`s one of those aforementioned limb-choppers at work again. Ouch.

Returning to a territory that Ramu knows by heart (if heart is the space you can mention in this film`s extra-aggressive context), the director has fashioned a bludgeoning homage to Coppola`s The Godfather. This is the Sicilian mafia transposed with frenetic fluency into the semi-rural Andhra milieu where the caste system fosters the most barbaric acts of violence that man has ever conceived.

Varma doesn`t flinch from the sight of unmitigated brutality. Often you wonder if the dark recesses of the subconscious that Varma manifests are actually the spaces that the director enjoys peering into. But then when you look closer into the eyes of his ravaged and ravaging characters, you see profound regret and fear barely discernible to the naked eye.

As usual, Varma`s cameraman (Amol Rathod) treats the masculine hinterland like a voyager walking through virgin territory with proprietorial arrogance. The semi-rural setting is captured in lazy greys and toasted browns. These are colours that are typical of Varma`s badland where marauders from the world of politics and crime rub shoulders.

The mayhem is disturbing in its majesty. Remarkably Varma avoids slow-motion slayings. The hard-hitting impact of the killings comes from the normal tone and unadorned shot takings which signify a disturbance in the environment too deep to be dramatized and yet too fascinating to be ignored.

In one sequence while the villain Bukka (Abhimanyu Singh, outstanding) crushes a victim`s leg, Bukka`s mother casually leaves for a prayer meeting turning around to ask her son if he`d like to accompany her. Humour in unique form?

Drama there is in plenty in the narrative. Taking Coppola to the Naxalite (Maoist) belt couldn`t be easy. Varma has earlier taken The Godfather to the underworld (in Company) and to the world of extra-constitutional politics (Sarkar). In fact, many of the domestic scenes in Rakta Charitra with the ladies of the house cooking and serving meals impervious to the murderous discussions on the dining table, remind you of Sarkar.

However, the familiar tone and territory do not assume a lack of novelty in the narrative. Though Ramu walks the known path in Rakta Charitra, he nonetheless infuses the drama with layers of virgin velocity. The introduction of Shatrughan Sinha`s character as a wily star-politician who uses Pratap (Vivek Oberoi) to settle his own scores, comes at a very clever juncture in the plot when the narrative could lose momentum. Sinha`s imperious politician`s part is an act of bravura done as a sly homage to Andhra Pradesh`s immortal neta N.T. Rama Rao.

Besides Shatrughan Sinha, Zarina Wahab, Sushant Singh, Ashwini Kalsekar and the unknown actor Omkar who plays the Muslim casualty of Bukka`s barbarism are unforgettable in their expressions of elemental angst.

Some sequences such as the villain Bukka`s murder in a congested apartment in Hyderabad are done with such savage grace that you wonder if the director has entered the territory to savour its shock-value along with the audience.

The film`s all-too-familiar drama of doom and depravity is delineated with demoniacal passion. While Vivek Oberoi turns in a restrained performance, aligned and aggrandized by a smouldering sense of injustice and vendetta, Abhimanyu Singh as his utterly depraved adversary turns in an amazing animalistic performance.

Varma excels at conveying the despair of the damned. Not much room for tenderness here. But hang on. Varma weaves a sweet little love story between our outlawed hero Pratap and his college sweetheart (Radhika Apte, expressive and endearing). How he creates space for sensitivity in a canvas cluttered with brutal creatures, is a miracle.

Yes, Ram Gopal Varma is back in ferocious form. Not much to rejoice here. The joy of watching a film on people on such a joyless journey into self-destruction is in picking those shards of broken glass out of our savagely mutilated social order.

And yes there`s the joy of watching Vivek Oberoi return to the intense form he had displayed in his debut performance in Varma`s Company.

I'm very choosy about the work I do: Vivek Oberoi

Vivek Oberoi, who has been acting for over 15 years and has been a part of memorable films such as "Company", "Saathiya" and "Rakht Charitra", says he is choosy about the work he does as he likes to distribute his time between family and his philanthropical activities.Read More

Actor Vivek Oberoi, who is gearing up for his maiden Tamil film "Vivegam", doesn't see language as a barrier when it comes to movies as he picks it up quickly and easily.Read More

Rakta Charitra film is a biographical tale of Paritala Ravi from Andhra Pradesh, a prime accused in a number of murder cases.

It is the story of a man`s phenomenal rise to power and a story of the most intense blood curdling conflict ever heard of between two individuals. Moreover, the story is also the ultimate statement on the often heard disastrous consequences of a fatal mixture of caste, crime, family feuds and politics. 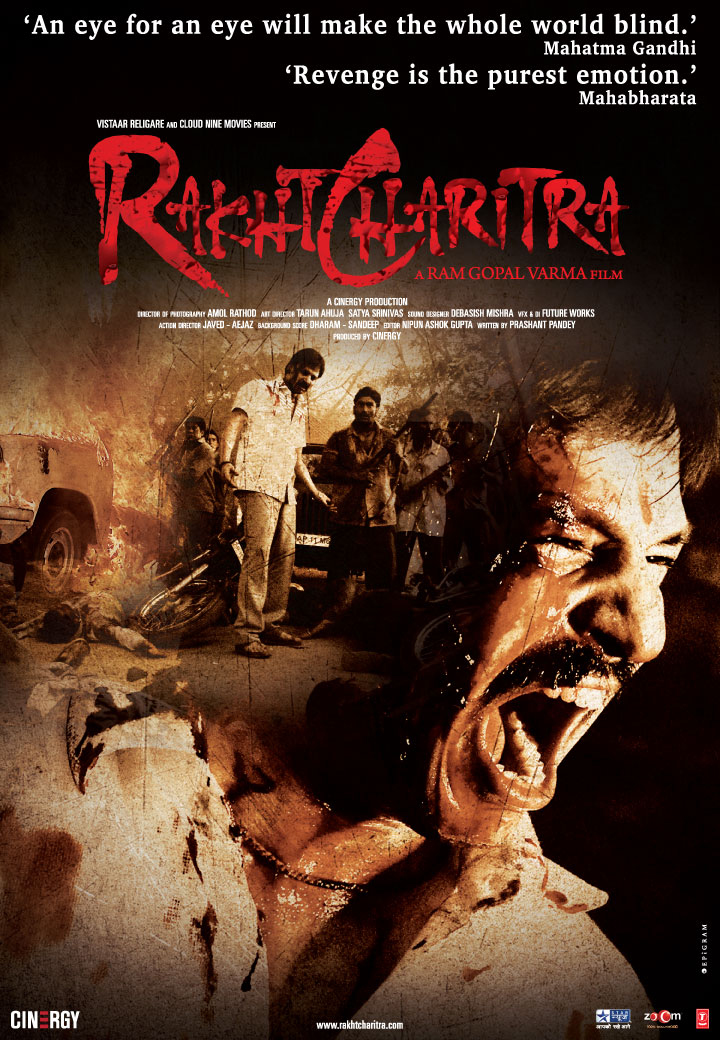 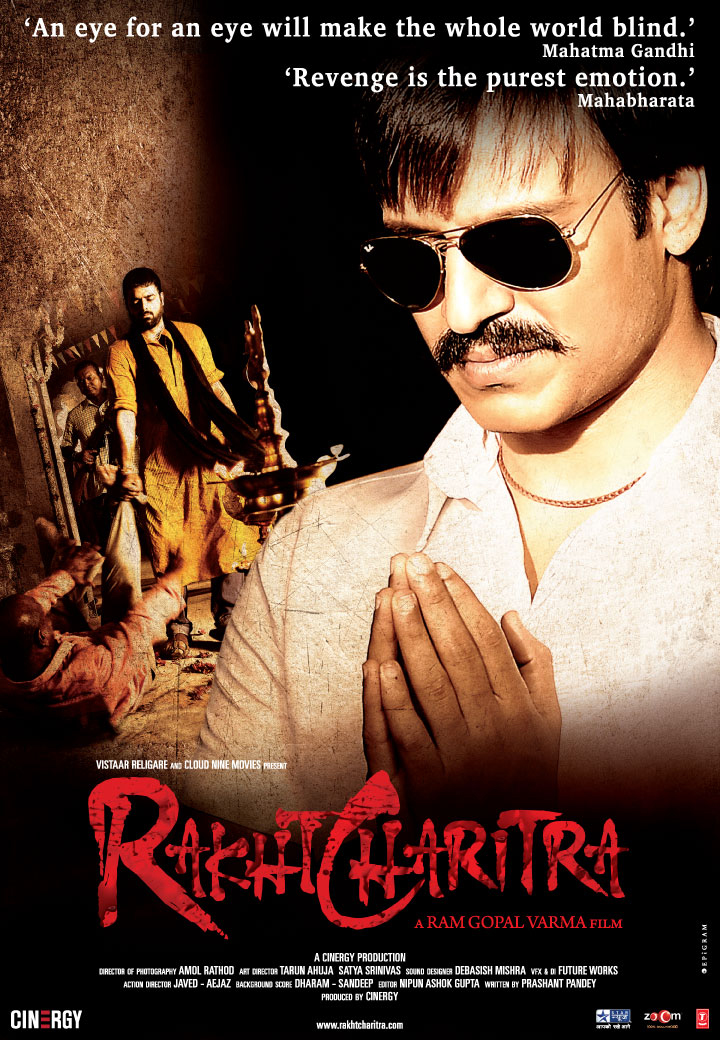 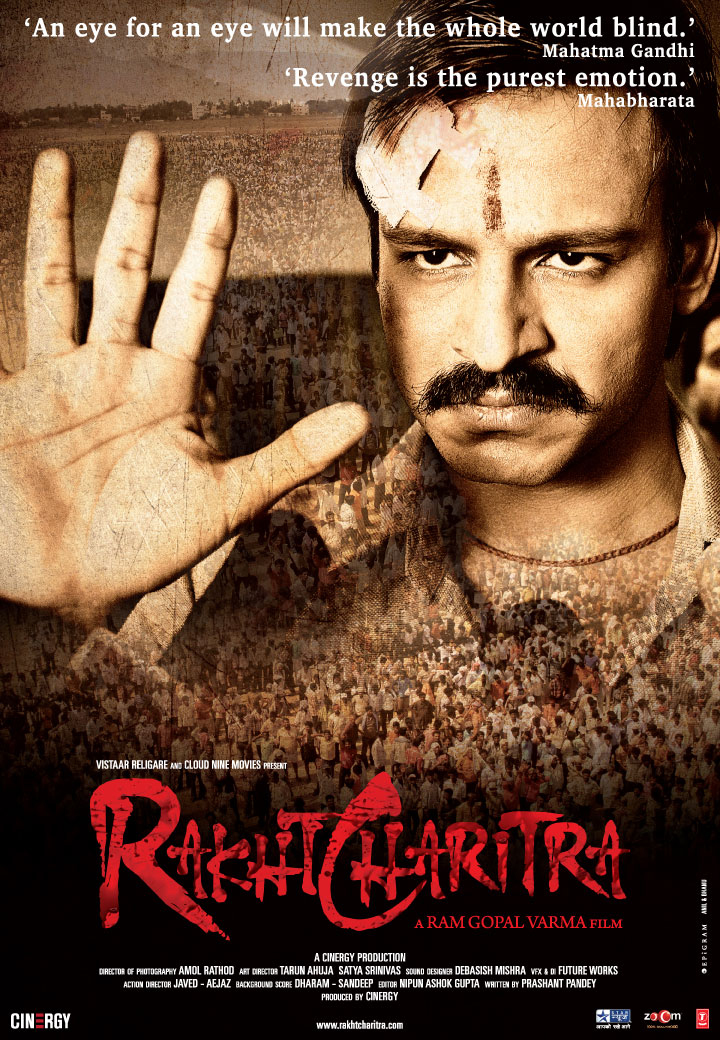 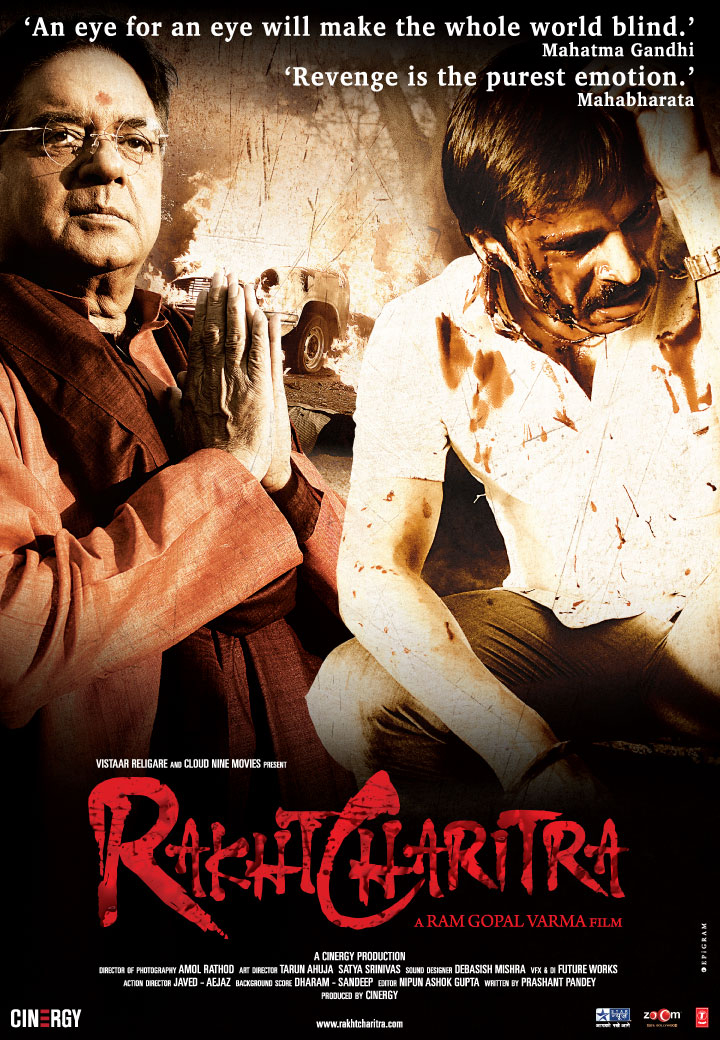