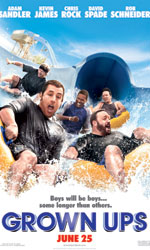 Grown Ups, starring Adam Sandler, Kevin James, Chris Rock, David Spade and Rob Schneider is a hilarious comedy about five men who were best friends when they were young kids and now are getting together for the Fourth of July weekend to meet each others` families for the first time. Picking up where they left off, they discover why growing older doesn`t mean growing up. The film also stars Salma Hayek, Maria Bello and Maya Rudolph. 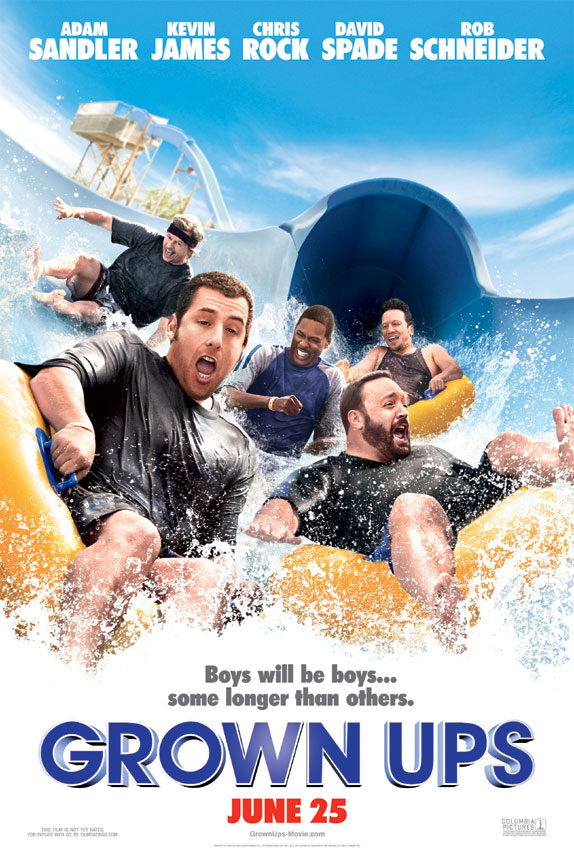