ONCE UPON A TIME IN MUMBAI

Once Upon a Time in Mumbai 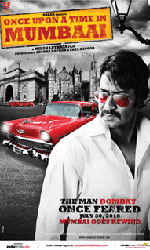 Once Upon a Time in Mumbai Review

`Once Upon A Time...` a throwback to gangsterism in Mumbai (IANS Film Review)

It`s the way he looks at the camera. Almost as if it doesn`t exist. Ajay Devgn as Sultan Mirza is NOT Haji Mastan, please note. He`s just this Robin Hood in the 1970s who happened to be a smuggler and who at some point in the taut plot, locks horns with a junior recruit who, please note, is NOT Dawood Ibrahim.

So who, in the name of immoral crime and haphazard policing, are these two men? So stylishly masculine, so sweaty in their realism and so menacing in their demeanour and complete denial of the existent morality they remind you of the anti-social heroes from Sam Peckinpah`s Westerns?

Once Upon A Time In Mumbaai takes us back to the beginnings of gangsterism in Mumbai. Milan Luthria excels in creating smouldering combustive stress between two mean menacing men… Remember Devgn (who back then was Devgan, just as Mumbai was Bombay when the film under review unfolds) and Saif Ali Khan in Luthria`s Kachche Dhaage and on a more satirical note, John Abraham and Nana Patekar in Taxi No 9211.

In Once Upon A Time…. the conflict between Devgn (who is NOT Haji Mastan) and Emraan Hashmi (who is NOT Dawood) is placed in a far more complex and challenging scenario. The screenplay (Rajat Arora) takes into view the entire gamut of grime in the canvas of crime that cannot be hidden by the surface glamour and glitter.

The vintage cars, the costumes and that attitude of rebellious abandon comes through in the inner and outer styling of the characters. The people in Luthria`s panoramic view of Mumbai in the late 1960s and 70s are steeped in a cinematic realism. Neither a part of that period nor a completely true representation of an era gone-bye-bye the characters hover in a no-man`s-land populated by fascinating details of past recreated with a tongue-in-cheek broadness of purpose.

There are bouts of suppressed satire in the way the whole era of the genesis of the underworld is represented. For example Emraan Hashmi befriends and sleeps with a woman who looks a lot like a Bollywood actress whom Raj Kapoor had introduced in a film and Dawood had befriended and allegedly impregnated.

Often the characters are an amalgamation of furious folklore and long-forgotten newspaper headlines of the 1970s. Kangna Ranaut plays an actress from the 1970s who gets the hots for the Robin Hood-styled smuggler-hero. Later she is discovered to have a congenital heart disease (a la Madhubala who came two decades before the events of this film are supposed to unfold). But look at the irony! It`s her smuggler-hero lover who dies of a wounded heart.

Maybe we shouldn`t give away the plot. Because the plot never gives itself away. It never betrays a phoney intent of purpose. The narrative unfolds through the first-person narration of a troubled wounded cop, played with remarkably restrained bravado by Randeep Hooda. Indeed this is the most accomplished performance in the film. He`s partly a gallant law enforcer and partly a victim of a system that breeds inequality, corruption and finally, self-destruction.

Hooda is wry, cynical, bitter, anguished and yet able to see the humour of a situation that one can ride only by sublimating its gravity. As for Ajay Devgn, he continues to evolve with every performance. As a gangster from the 1970s Devgan brings on the table a clenched self-mocking immorality. He stands outside the character even while internalizing the performance.

Director Milan Luthria imparts a keen eye for details to the storytelling. Some bits in the second-half get shaky, such as the predicable club songs and the repeated use of overlapping editing patterns to convey the rising tension between the mentor and the protégé turned tormenter. But the director`s command over the language of outlawry is unquestionable.

Emran Hashmi as Devgn`s uncontrollable protégée gets the look and body language right. His courtship of Prachi Desai to the accompaniment of romantic hits from the 1970s (e.g Raj Kapoor`s Bobby) is engaging.

Understandably, the two ladies are reduced to pursing their lips and wringing their hands as the story progresses. The film`s best, most charming and heartwarming moments come in the early stages of the drama between Devgn and Ranaut. Their growing fondness for one another is recorded in scenes and words written by a poet who can see the humour behind mutual attractions.

The real hero of this film is the writing. Rajat Arora`s dialogues flow from the storytelling in a smooth flow of poetry and street wisdom. Aseem Mishra`s sharply -evocative cinematography gives to this rugged-and-razorsharp look at Mumbai`s mythic mating with crime, an urgency that simply can`t be ignored.

Once Upon a Time in Mumbai Movie News

There is less of drama in Bollywood now, says Milan Luthria

Filmmaker Milan Luthria, who has made commercially successful films like "The Dirty Picture" and "Once Upon a Time in Mumbaai", says the concept of drama has been diluted from the narrative used in Bollywood over time.Read More

Once Upon a Time in Mumbai Synopsis

Seen Through the eyes of a police officer, `Once Upon A Time in Mumbai` traces the changing face of the Mumbai underworld and how it all started.

The film, set primarily in 1970 s Mumbai, follows the rise of Sultan (Ajay Devgn), and the conflict, when his protégé Shoaib (Emraan Hashmi), challenges his supremacy, and usurps power to rule the murky underbelly of Mumbai.

The film is presented in a retro chic style and is a glamorous and powerful rewind to the golden era.

Once Upon a Time in Mumbai Poster 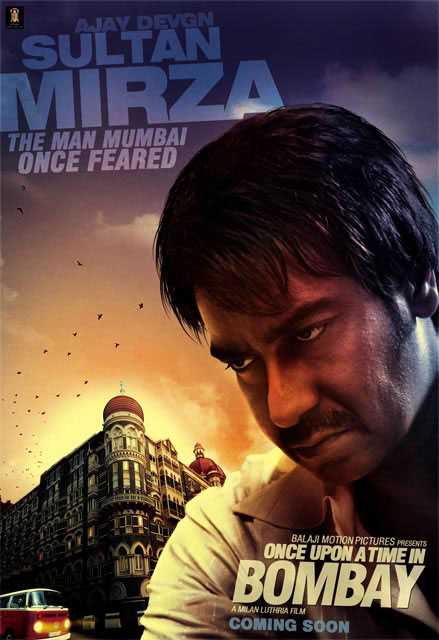 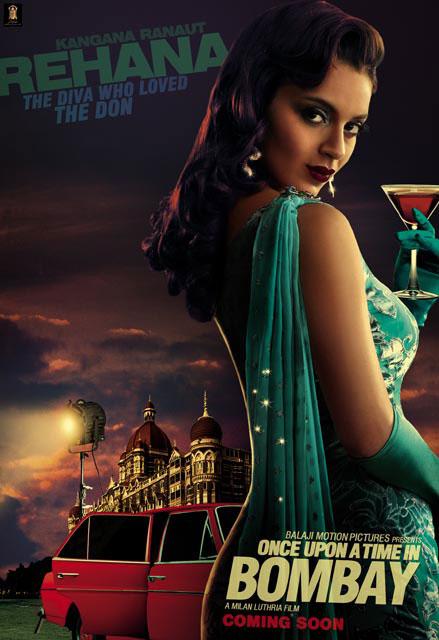 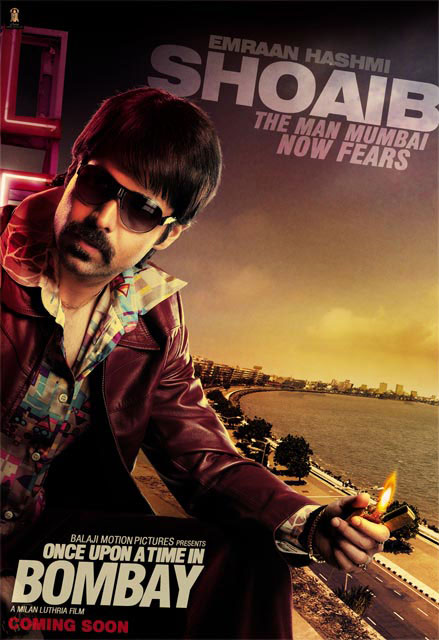 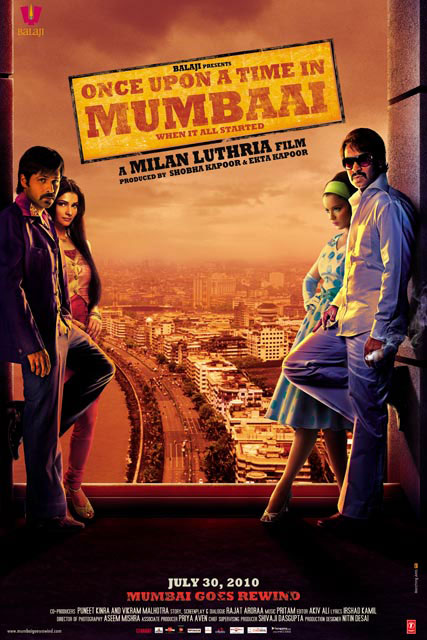 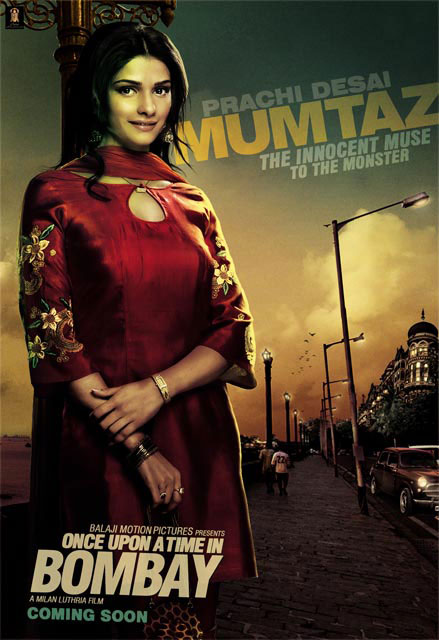 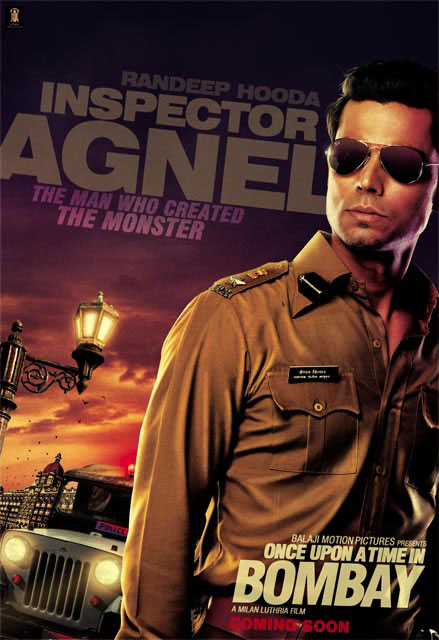 Once Upon a Time in Mumbai Stills

Once Upon a Time in Mumbai trailer

Once Upon a Time in Mumbai MOVIE EVENTS 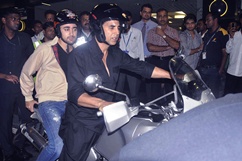 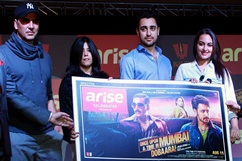 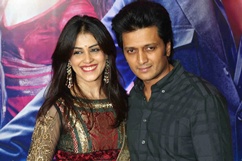 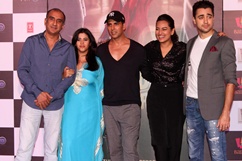