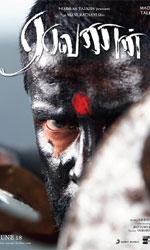 An innocent woman caught in a fierce clash between the system and the people -- Mani Rathnam`s `Raavanan` is all about the plight of a modern-day Sita and more.

Veerayya alias Veera (Vikram) is the head of a tribal community inhabiting the forest areas. He is seen as the saviour by the people while the police force sees him as a criminal.

A special police team under DCP Dev (Prithviraj), which goes after Veera to apprehend him, outrages the modesty of Veera`s sister (Priyamani). This ignites Veera`s anger and he abducts Dev`s wife Raagini (Aishwarya) as revenge.

Dev enters the forest with a huge police force to free his wife and to kill Veera.

So far, on the lines of the epic, Ramayana. But here, the similarity ends.

Mani deviates from the epic by shaping Dev`s (supposed to be Rama) role with gray shades, making Veera (Raavan) fall for Raagini (Sita), and making Raagini take her own decision while being questioned by her husband about her `purity`.

The changing chemistry between Veera and Raagini is the turning point in the movie.

Watch the film to find out who wins the battle between Dev and Veera, whether Dev accepts his wife back, and what happens to Raagini. The film comes to an end through a well conceived climax!

It begins in an eerie surrounding where the sound of the Adhirappalli waterfalls and the speed of the tide of the river strike the viewers in the first frame itself.

Mani Rathnam straightaway gets into the crux of the story. The scenes dealing with abduction of Raagini, the oscillation of Veera`s mind towards Raagini, the hunt for Veera, the tragedy of Veera`s sister, and the suspicion factor make the film move ahead without hurdles.

In his inimitable style, though, Mani Rathnam makes the sequences speak for themselves on many occasions sans the dialogues.

On the flip side, the depiction of characters except that of Veera, Raagini and Dev, is inadequate.

The backdrop of Veera`s struggle for the welfare of the people should have been shown in more detail. Probably, the director didn`t want any comparisons with Veera`s role and the raging Maoist problem in the country and apparently `underplayed` that particular portion.

Similar is the `muted` depiction of the police force`s brutalities while on the hunt for Veera. It dilutes the screenplay and makes the film look incomplete.

Aishwarya`s screen presence, full of majestic beauty and grace, is amazing. She expresses her anger and agony while caught as a pawn in the game of chess played between the executive and the fighting group.

Her anger getting gradually subdued has been expressed well.

Vikram has doled out one of his best performances. His eyes express with amazing speed the varied feelings of anger, agony, desperation and disappointment.

His rage against the system, the pangs of agony at the plight of his sister, the attraction towards his hostage and his inability to handle the same are astonishingly portrayed by the actor.

The way his eyes betrayed the instant attraction created in his mind while seeing Aishwarya lying unconscious on a tree is outstanding.

Prithviraj fits the bill as the tough cop who hunts for the criminal. For some reasons, though, his romantic moments with Aishwarya haven`t turned out as well as expected.

The viewer can`t help feeling that he could have been more ferocious in sequences of revealing his anger.

Karthick and Prabhu have carried their roles well. Priyamani, in a brief appearance, manages to impress. Her narration of the torture she was subjected to moves the audience.

Cinematography by Sivan is top-notch. He has captured the jungles amazingly well.

Sivan has made the entire movie look like a work of art. Vairamuthu`s lyrics and A.R. Rahman`s music are great plus points for the film.

The song `Usurey Pogudhey...` is particularly amazing and has been captured very well. The background score by Rahman is also captivating.

The major flaw in the film is that the film fails to depict the struggle between an insensitive system and the tribal people in a telling manner.

Yet, amazing performances (by Vikram and Aishwarya), screenplay, cinematography and music make it for a compelling viewing!

Raavan is not a story, it is a world.
Beera Munda – Undisputed, Unlawful, Untamed.
Dev Pratap Sharma – The Punisher, The Law, The Righteous
Ragini – Consience, Beauty, Music

Dev falls in love with Ragini, a spunky dancer who is  as unconventional as him. They get married and he takes up his new post in Lal Maati, a small town in northern India. A town where the word of law is not the police but Beera, a tribal who has, over the years, shifted the power equation of the place from the ruling to the have-nots of the area.

Dev knows that the key to bringing order to any place is to vanquish the big fish, in this case –  Beera. In one stroke Dev manages to rip open Beera’s world, and set in motion a chain of events which will claim lives, change fortunes. Beera, injured but enraged hits back starting a battle that draws Dev, Beera and Ragini into the jungle. The jungle which is dense, confusing and scary. And in this journey they must confront their own truth. A journey which will test their beliefs, convictions and emotions. Emotions which are as scary and confusing as the forest.

The forest becomes the battleground. The battle between good and evil, between Dev and Beera, between Ram and Raavan. But when the lines dividing good and evil are blurring fast whose side will you take. When hate turns to love and good starts looking evil, which side will you battle for? Love is a battle that nobody wins but everyone must fight. 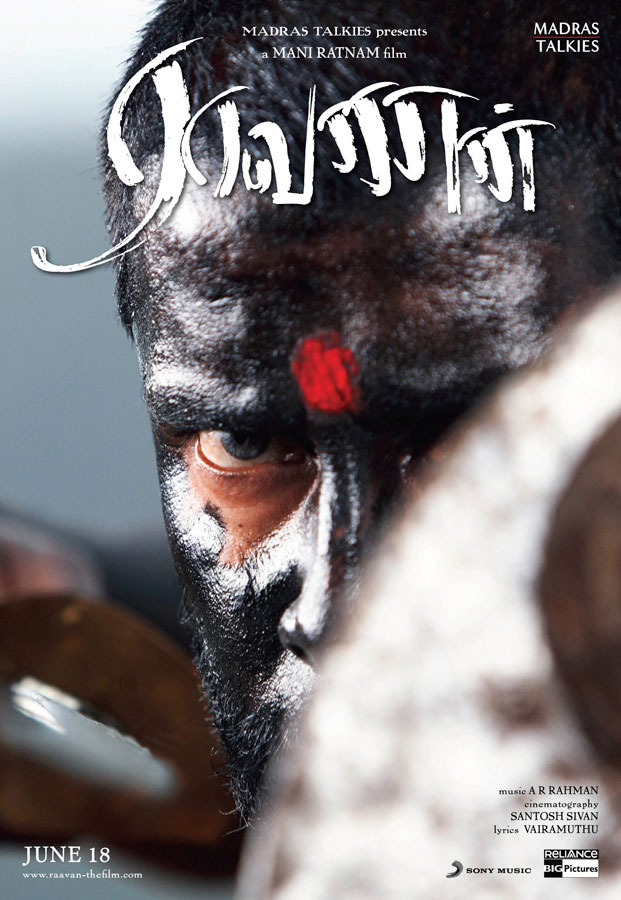 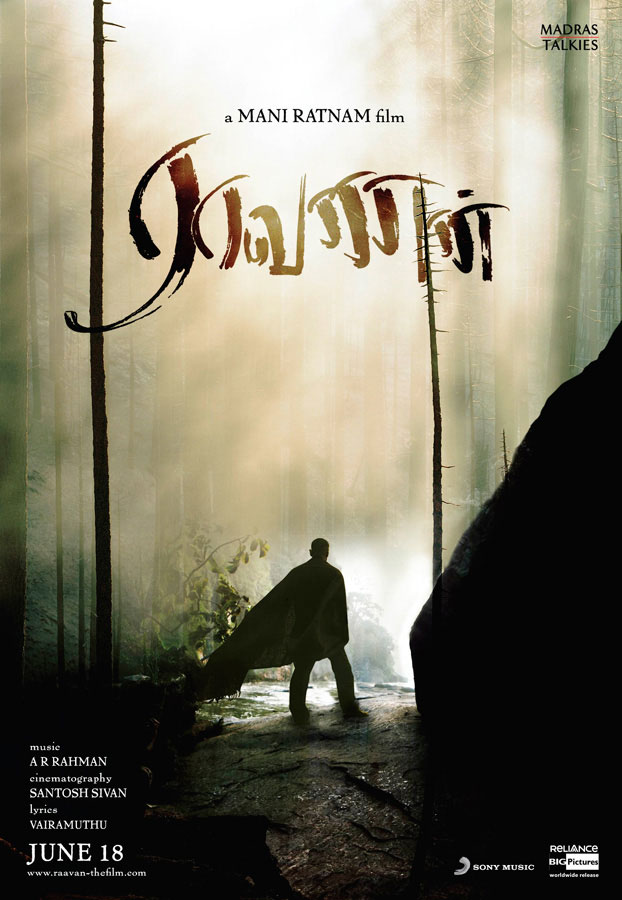 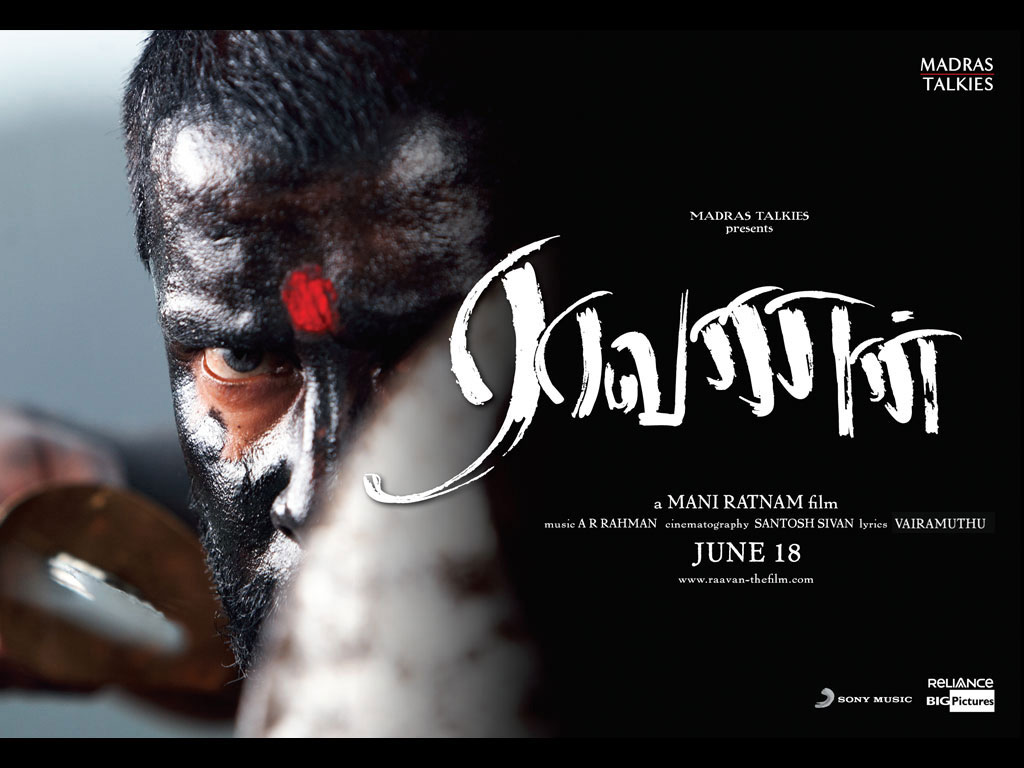